Today in 1970, US Patent 3545475 A was issued, another invention of Marlow W. Dodge and Arthur L. Johnson Jr., for their “Tap Assembly.” There’s no Abstract, although in the description it includes this summary:

A tap for tapping an initially sealed keg of draft beer and including a draw tube, a gas tube, a tap body, and a coupling constructed as a unitary assembly, the draw tube remaining in the same position relative to the tap body before, during and after tapping of the keg. A yieldable sealing membrane in a plug in the tap hole of the keg is punctured as the draw tube is inserted into the keg, and then seals around the gas tube to establish an automatic seal between the tap and the plug. A taper at the lower end of the tap body wedges into the plug to hold the tap body and the tubes on the keg. 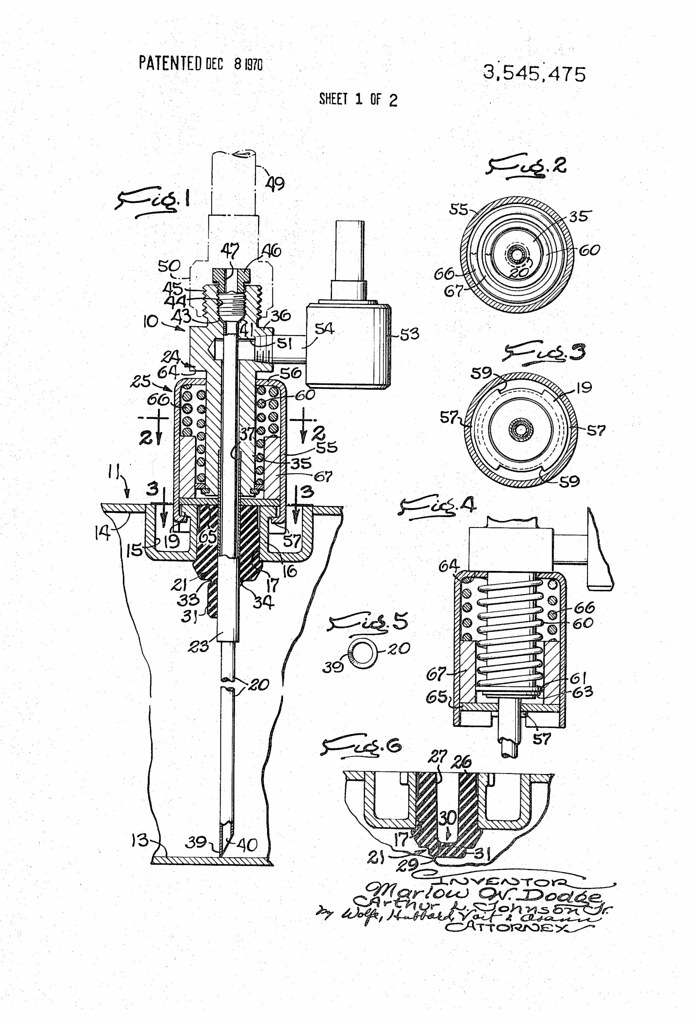 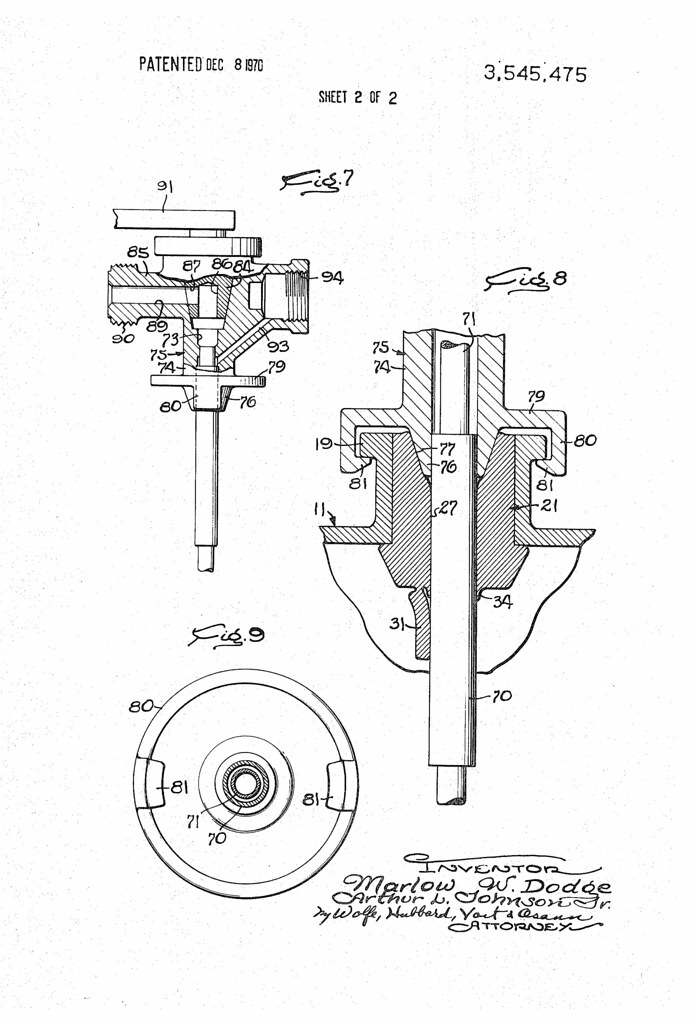