Today in 1971, US Patent 3585045 A was issued, an invention of Conrad Lenz, for his “Method For Preparing Beer Wort.” There’s no Abstract, although in the description it includes this summary:

According to the method of this invention, a first portion of the continuously prepared mash is transferred from a mash-making zone to a first vessel. A subsequent portion of the mash is transferred from the mash-making zone to a second vessel while the first portion is being heated in the first vessel, and the two portions are then combined, whereupon further heating may follow conventional practice of separating a portion of the mixture from the bulk of the same, heating the separated portion, returning the heated portion to the bulk of the mixture, and repeating such separating, heating, and returning until the mixture reaches the desired temperature. The plant employed in performing the method is provided with a two-way valve in the mash transfer conduit which connects the mash-making apparatus with the mash heating or brewing apparatus. Two branch conduits lead from the valve to two vessels of the mash-heating apparatus, at least one vessel being provided with heating means. The valve may be moved in the usual manner between two positions in which it connects the mash transfer conduit with the branch conduits respectively while blocking the other branch conduit. 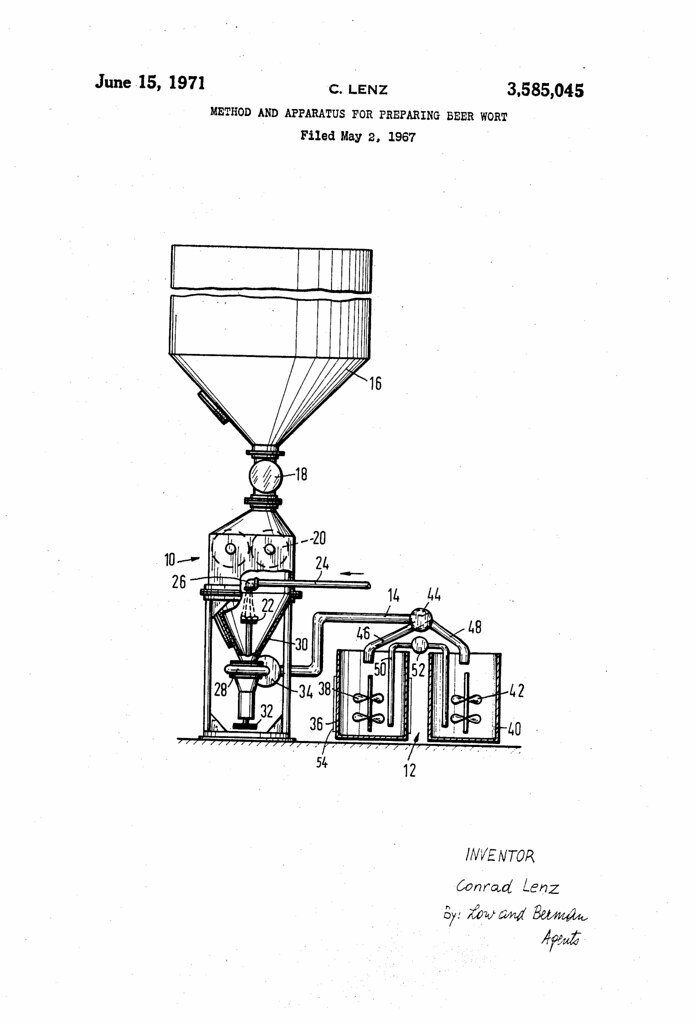