Today in 1971, US Patent 3589270 A was issued, an invention of Gisbert Schlimme and Manfred Tschirner, for their “Device For Preparing Brewing Malt.” There’s no Abstract, although in the description it includes this summary:

A single apparatus for preparing brewing malt in three steps, namely steeping, germinating and drying. A horizontal rotary annular perforated rack arranged in a cylindrical trough is charged with the material to be treated and while placed on the rotating rack is firstly steeped in water introduced into the trough below the rack. After the water has been discharged, the germinating step is performed by introducing air conveyed by a fan into the space between the rack and the bottom of the trough and upwardly through the material, which latter is turned by a horizontal series of vertically arranged turning worms which as a unit may be horizontally moved into the material on the rotating rack, the’ unit of worms being vertically movable into the layer of material and again outwardly therefrom. 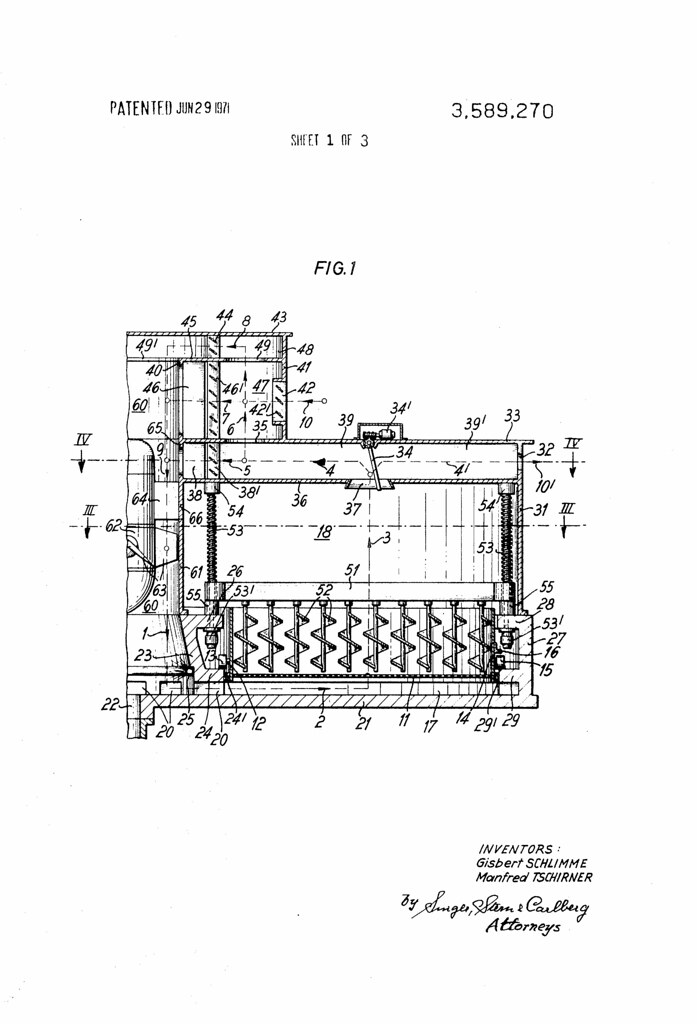 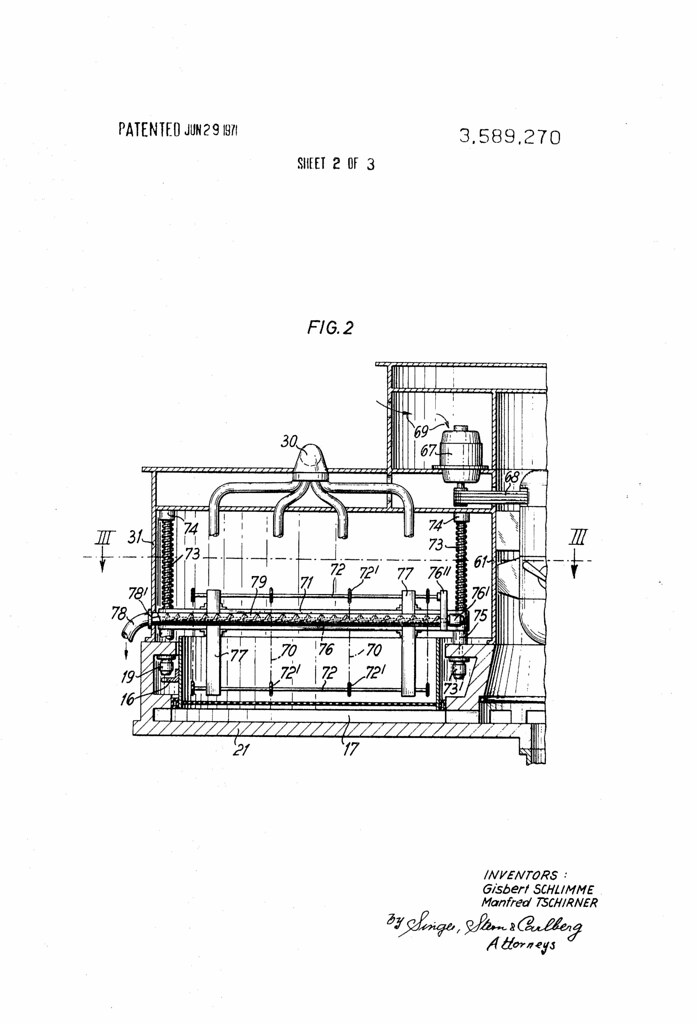 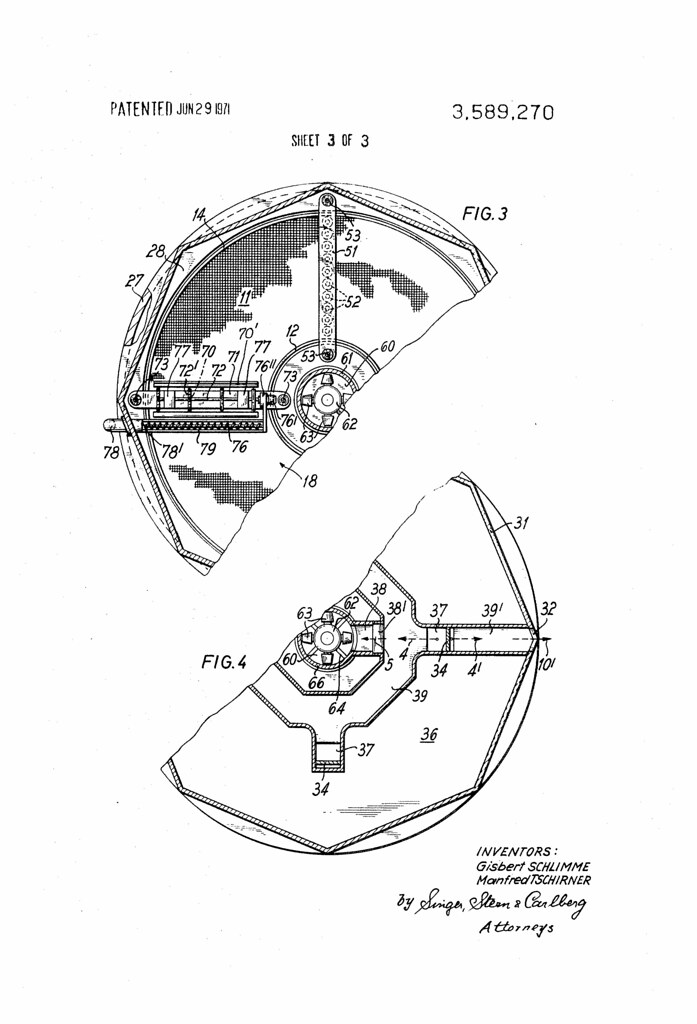