Today in 1972, US Patent 3672390 A was issued, an invention of Elbert Gravesteijn, assigned to Amstel Brouwerij, for his “Draw-Off Tube.” There’s no Abstract, although in the description it includes this summary:

The invention relates to a draw-off tube having on its free end a frontally closed tubular extension, to which there is detachably connected a head with an external, radial flange provided with flattened portions on its circumference, and a cylindrical externally screw threaded casing extending axially from said flange and surrounding said tubular extension coaxially, which external screw thread, after insertion of the draw of? tube in a cask of beer or the like, admits of being screwed into the internal screw thread of the bung hole of the cask, a ring valve loaded by a spring, more particularly .by a helical compression spring, being provided in the space between the inner circumference of the cylindrical casing and the outer circumference of the tubular extension, which ring valve is axially displaceable from the seats formed on said circumferences and which ring valve has its outer circumference adapted to free or close the compressed gas passage and has its inner circumference adapted to simultaneously free or close the beer passage formed by a row of radial openings provided in the wall of the tubular extension adjacent its free end, said cylindrical casing being provided with arms downwardly extending therefrom, which arms are detachably connected with a radial flange provided on the extension, which flange supports the compression spring. 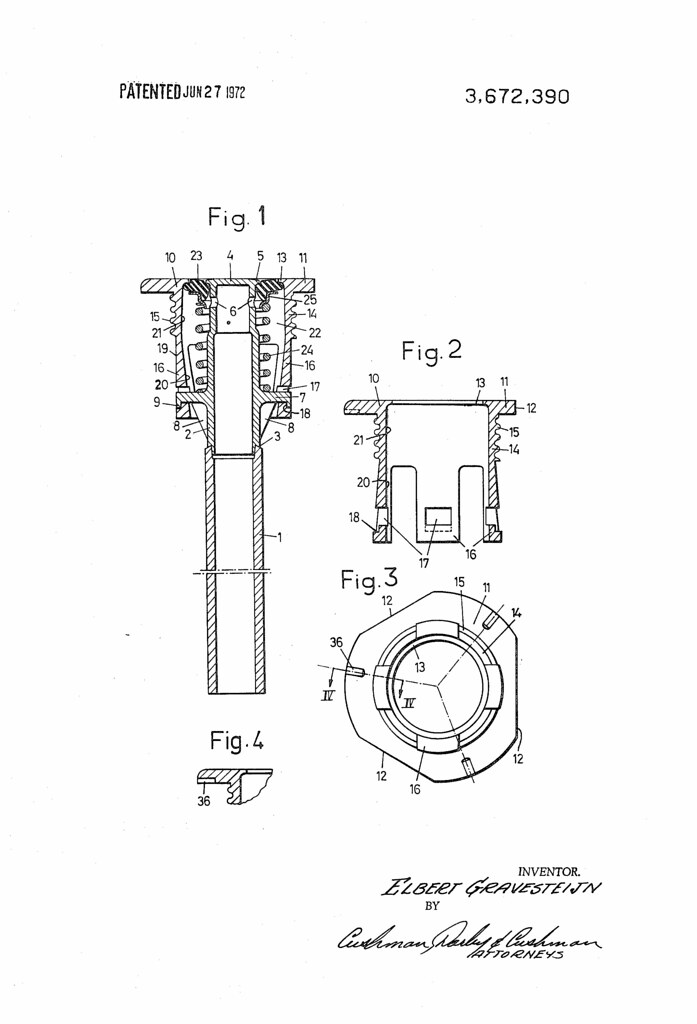