You are here: Home / Beers / Patent No. 4880643A: Beer And Other Beverages And Their Manufacture

Today in 1989, US Patent 4880643 A was issued, an invention of Charles W. Bamforth and Roy Cope, assigned to Bass Public Limited Company, for his “Beer and Other Beverages and Their Manufacture.” Here’s the Abstract:

Proteinaceous material is added to beer or other beverages. In beer and those other beverages on which a head can be formed it helps to improve the head, while in beverages not normally forming a head it can enable a head to be formed. Proteins extracted from albumen may be employed or whole albumen may be used. To avoid any tendency to haze-formation, particularly on pasteurization, protein fragments may be used. These can be formed by hydrolyzing proteins such as albumen proteins. An alternative method is to use alkylated proteins. Alkylated protein fragments are particularly satisfactory. The alkyl radicals may contain from four to twenty carbon atoms, preferred radicals containing six carbon atoms. 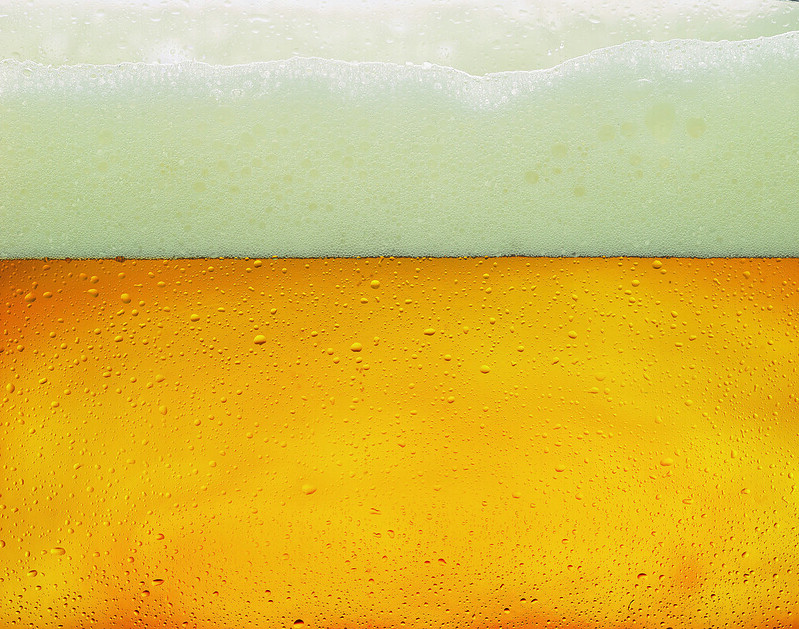 While the title is somewhat vague, it’s about beer foam. Here’s part of the description:

This invention relates to beer and other beverages and to their manufacture. In particular the invention is concerned with the incorporation into a beverage of an additive enabling the beverage to have a head formed on it or to improve the quality of the head that can be formed on it.

The invention is primarily applicable to beer, and the term beer is used herein to designate generally any of a variety of alcoholic beverages made by the fermentation of hopped malt wort; it thus includes within its scope ales, lagers and stouts. Beer itself is normally dispensed with a head, but there are also other beer-like beverages that are normally dispensed with a head and to which the invention is also particularly applicable, these including beverages which include little or no alcohol but otherwise resemble beer quite closely.

In addition to such beer-like beverages the invention may be applied both to other beverages which are customarily dispensed with a head and to beverages which have not hitherto been customarily dispensed with a head. These latter beverages may include wines, `made wines`, fortified wines and spirits. The invention is particularly applicable to carbonated beverages, both alcoholic and non-alcoholic, as the release of gas which tends to occur as the beverage is dispensed encourages a tendency to head-formation.

The foam or head that is normally present on a glass of beer is an important feature of the beer, and it has been found that many consumers, when judging the quality of a beer, consider that for a beer to have a head of good quality is one of the most important factors in that beer’s favour. Much the same is also true of other beverages on which a head is formed. It is considered that a head is of good quality if it has a number of attributes, among which are stability, the ability to form `lacing`, that is a lace-like pattern of bubbles left on the side of the glass after the liquid beer or other beverage has been wholly or largely consumed, and a good appearance, that is a good colour (usually a white colour) and a preponderance of small bubbles of substantially uniform size.

The nature of the head on a glass of beer or other beverage depends principally on two factors, one being the constitution or composition of the beverage itself and the other being the way in which the beverage is dispensed. At least inasfar as its application to beer is concerned, the present invention is primarily concerned with the former of those factors.

From a first aspect the present invention consists in a method of modifying or improving beer or other beverage, which method comprises the step of incorporating in the beverage concerned an additive enabling the beverage to have a head formed on it or to improve the quality of the head that can be formed on it, the additive comprising proteinaceous material.

The proteinaceous material of the additive may comprise at least one protein.

The chemical and physical analysis of beer has shown that certain constituents have a profound effect on the type of head that can be formed on beer, and in particular has shown that the presence of certain types of proteins, particularly those that are hydrophobic and are of a relatively large size, can lead to the formation of an improved head. It would be possible to improve the head-forming properties of beer by extracting suitable proteins from barley or malt and adding them to the ingredients normally used during the manufacture of the beer in order that the resultant beer should contain an increased proportion of the proteins concerned. Such a process of extraction and addition would, however, be relatively complicated and expensive and would therefore be unlikely to be commercially practicable.

It is therefore preferred to use an additive in which the protein or each protein is of a kind not otherwise present in the beverage concerned. The additive preferably comprises albumen, i.e. white of egg. Albumen, of a quality and purity suitable for its incorporation in foodstuffs, is a commercially available product that is relatively inexpensive and can be used, without further treatment, in carrying out the present invention. Nevertheless, commercially available albumen usually if not always contains some materials that are insoluble in water, and it is preferred to extract those before the remaining material, or part of the remaining material, is incorporated in the beverage. The insoluble components can be removed by filtration or by a process in which the albumen is centrifuged.

The additive is preferably formed as an aqueous solution, and that solution may also contain a minor addition of ethyl alcohol. 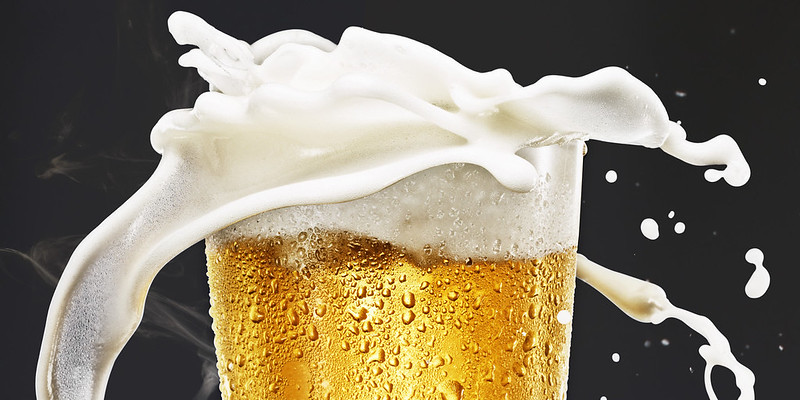