You are here: Home / Beers / Patent No. 4927335A: Pump For Transferring Liquids, In Particular Beer Or Carbonated Beverages

Today in 1990, US Patent 4927335 A was issued, an invention of Carlo M. Pensa, for his “Pump For Transferring Liquids, in Particular Beer or Carbonated Beverages.” Here’s the Abstract:

The present invention relates to a pump for transferring liquids, in particular for beer or carbonated beverages, characterized in that it is constituted by two mutually opposite and integral pistons sliding inside two cylinders which generate, with their reciprocating motion, four variable-volume chambers inside two of which the fluid, through suitable valves, is alternatively intaken and delivered by a gas whose pressure is modulated by a suitable pressure regulator, in which it is the pressure of the same delivered liquid to counteract the calibration force, with said gas alternatively going to act, by means of suitable control means, inside the chamber behind the delivery chamber, so that the delivery pressure of the same liquid remains constant and predetermined, wherein said delivery pressure is obtained as the sum of the thrust of the liquid intaken from the opposite chamber, plus the modulated gas pressure, which acts on the rear face of the delivery piston. 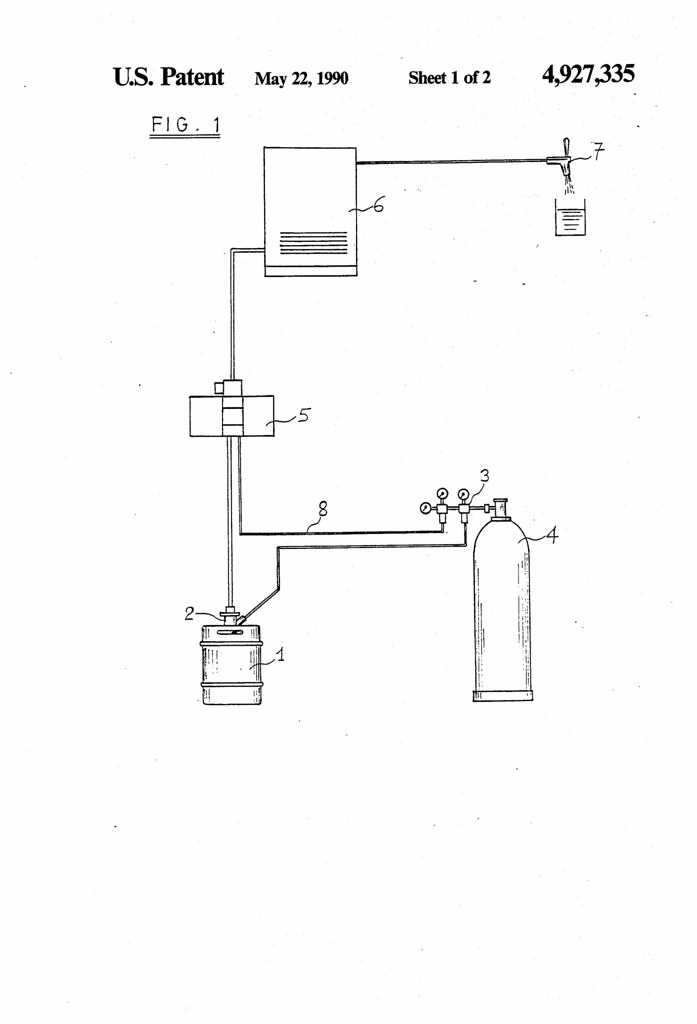 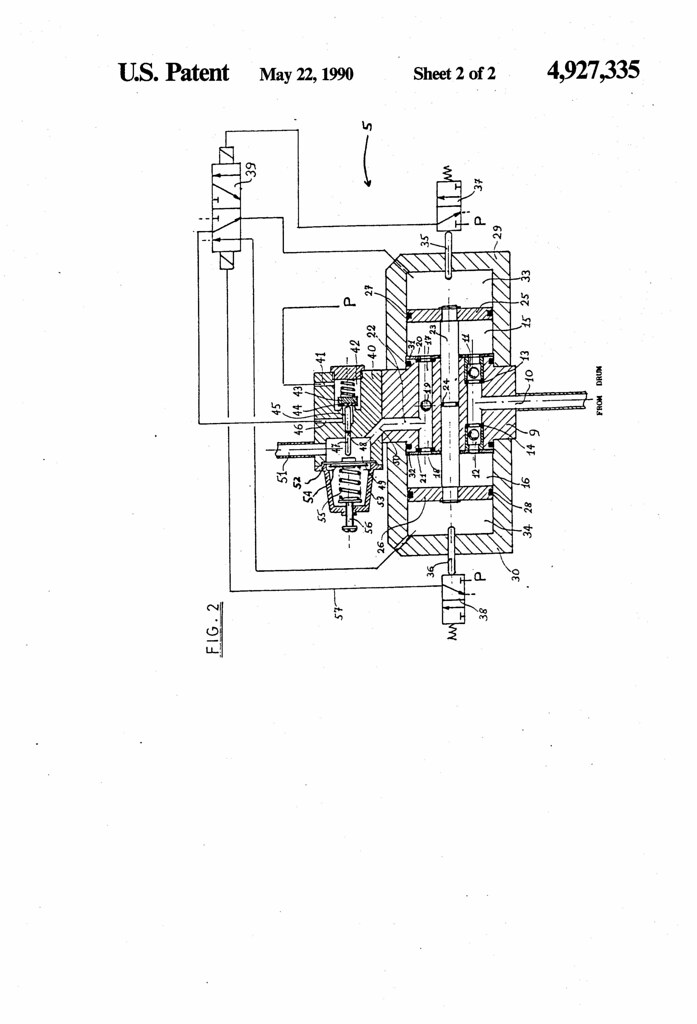