Today in 1900, US Patent 651651 A was issued, an invention of Harry W. Colby, for his “Apparatus For Racking Beer.” There’s no Abstract, although in the description it includes this summary:

My invention relates to improvements in apparatus for racking beer, and more particularly to improvements upon the invention or apparatus shown and described in my pending application, Serial No; 616,386, filed December 21, 1896. In the invention and apparatus of my said pending application the beer was forced from the tank into the barrel under pressure, the barrel itself being first filled with air or gas under pressure approximating that of the tank, and the necessary difference of pressure to cause the liquid to flow from the tank into the barrel was maintained by a spring or weight actuated safety valve controlling the vent through which the air or gas escaped from the barrel into the outer air as the barrel filled with the beer. In the practical use of this apparatus I have found difficulty in keeping the safety-valve or its weight or spring so nicely adjusted as to entirely prevent foaming of the beer, especially as the pressure in the tank itself is liable to variation as the liquid is drawn therefrom. 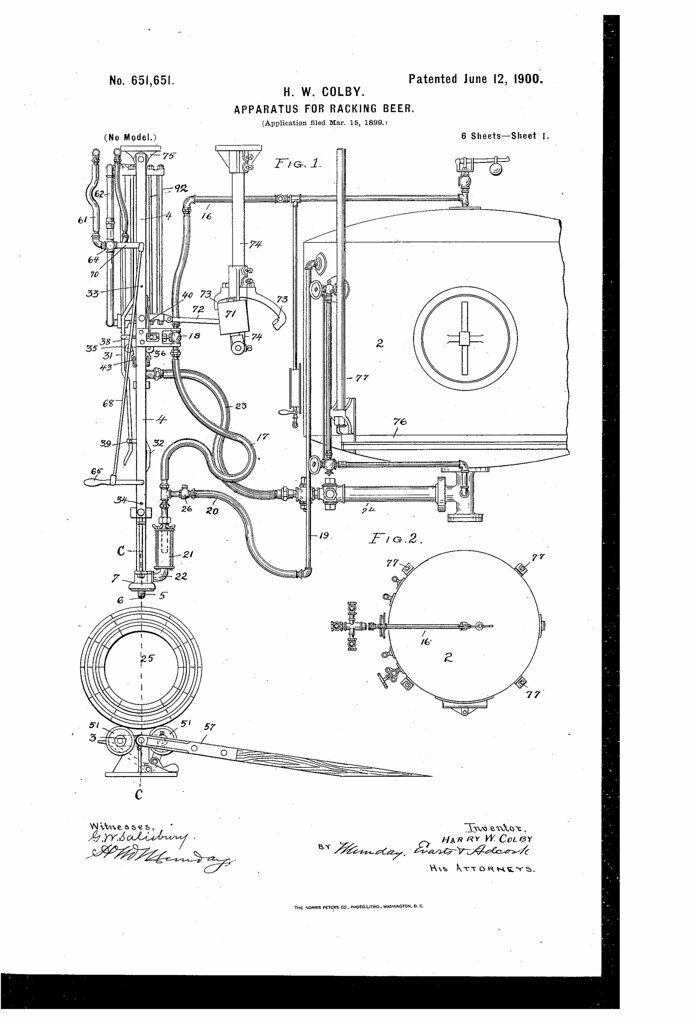 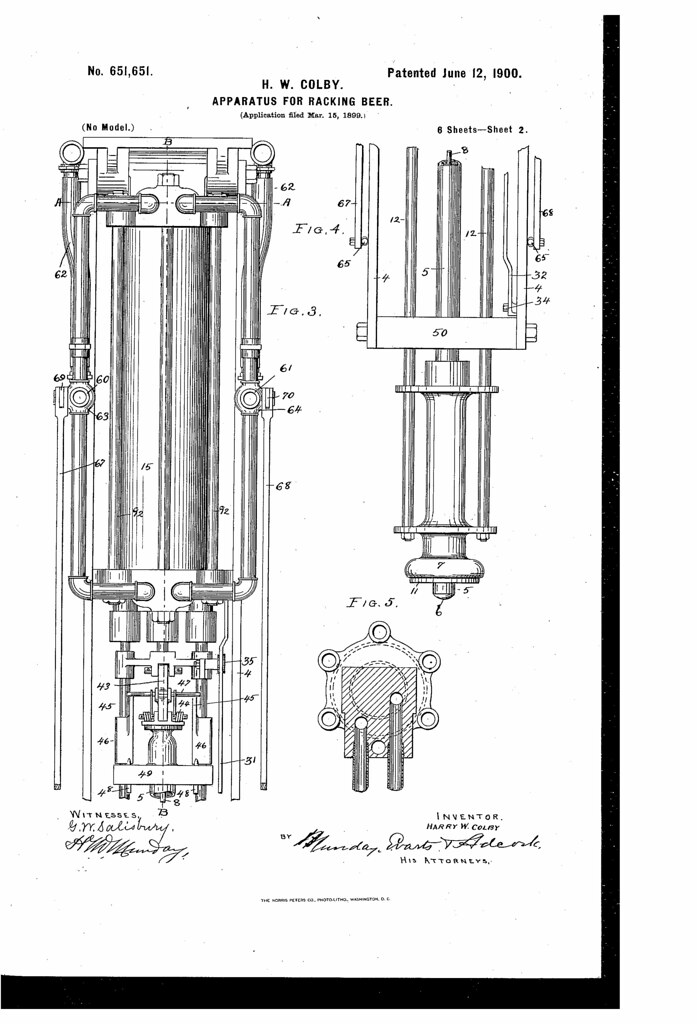 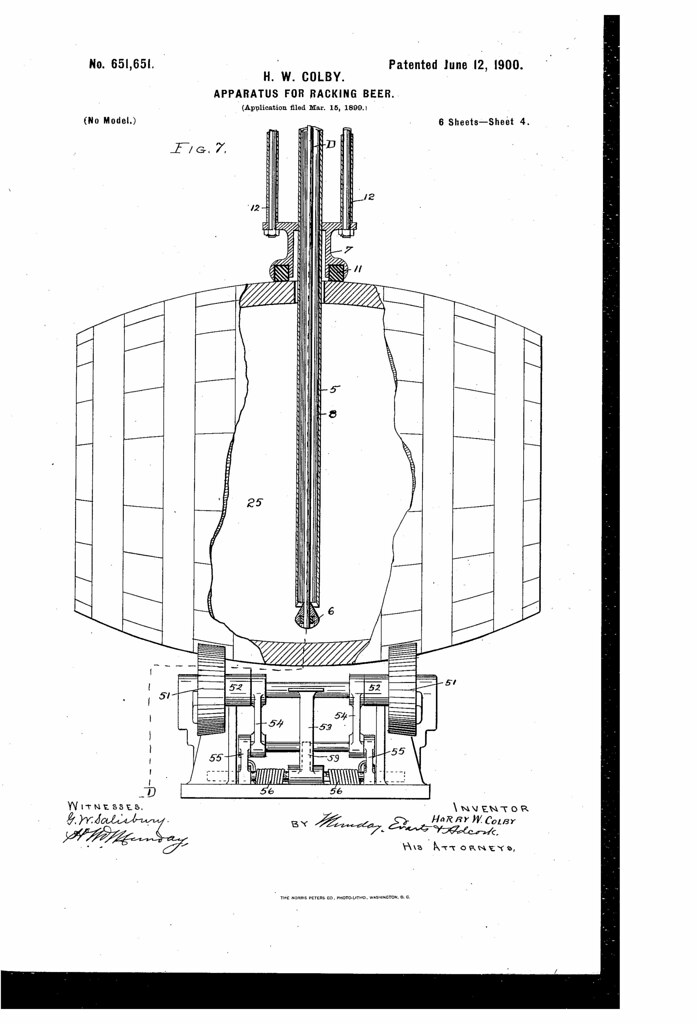 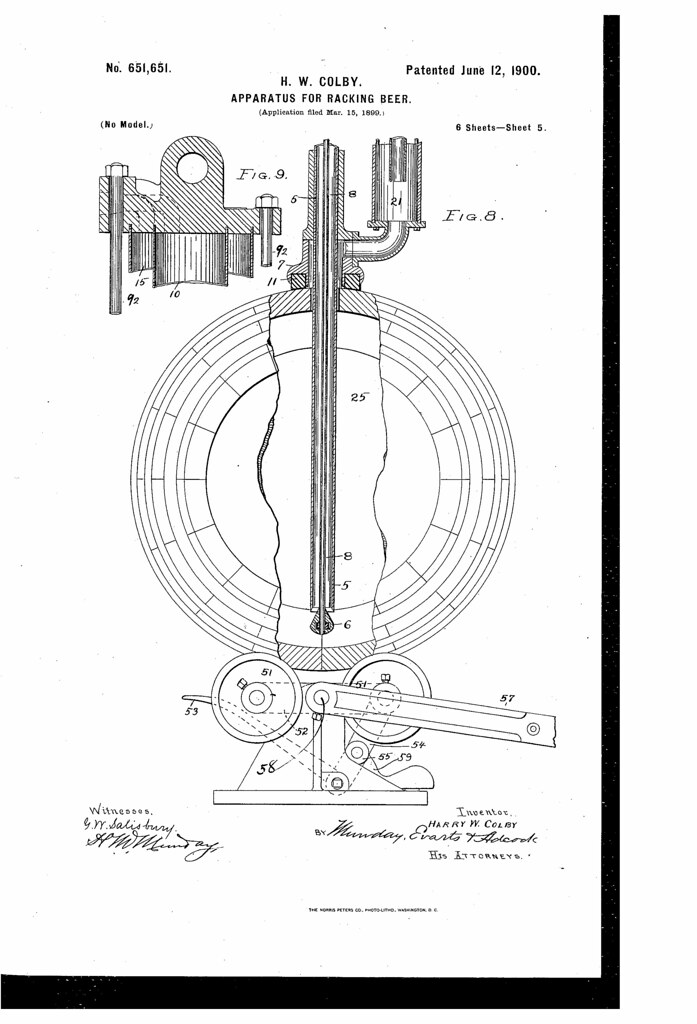 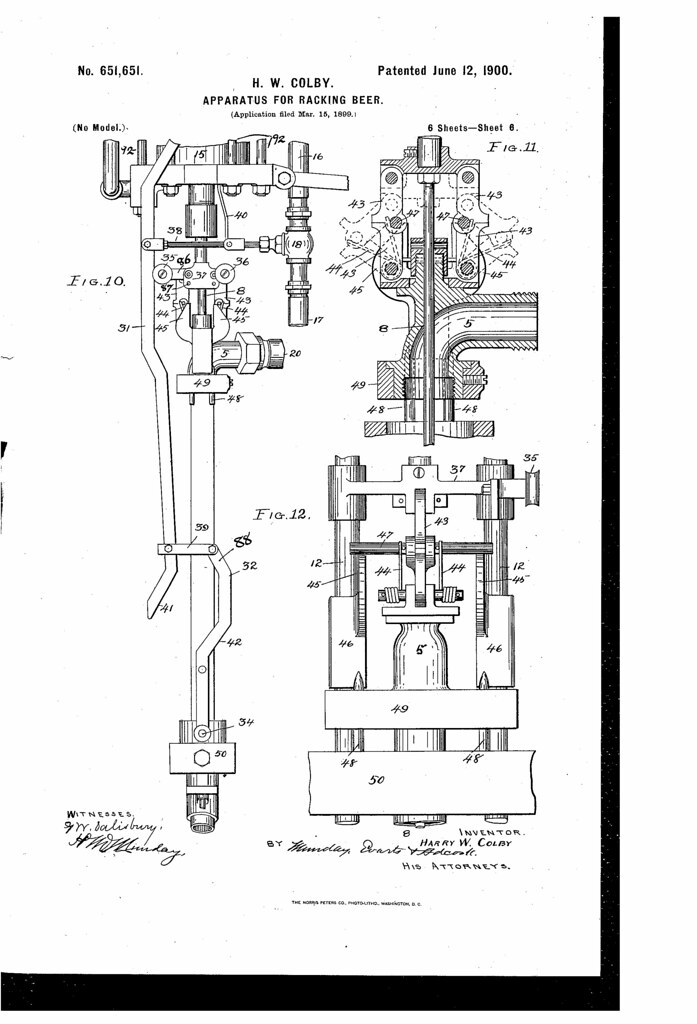