Today in 1926, US Patent 1578627 A was issued, an invention of John C. Baumgarten, for his “Bottle Opener.” There’s no Abstract, but the description states that the “invention relates to bottle capping implements.” It’s essentially a ring with bottle opener. I always thought those were a pretty recent invention, but this is from 1926. Here’s how it’s explained:

Since bottles containing soda water, and the like, are generally closed by crimped on caps a special implement must be used for removing these caps. There are two types of these implements generally used. One of these is a device which is applied by hand. Since this device is readily laid down in one place, when required in another, it is not always handy during the rush of customers. The other type is a device located at some station to which the bottle must be taken, and hence unless several of this type of device be installed it would necessitate considerable running back and forth.

So he’s proposing that all bartenders where one his opener rings while working, making it part of the uniform of a barkeep. 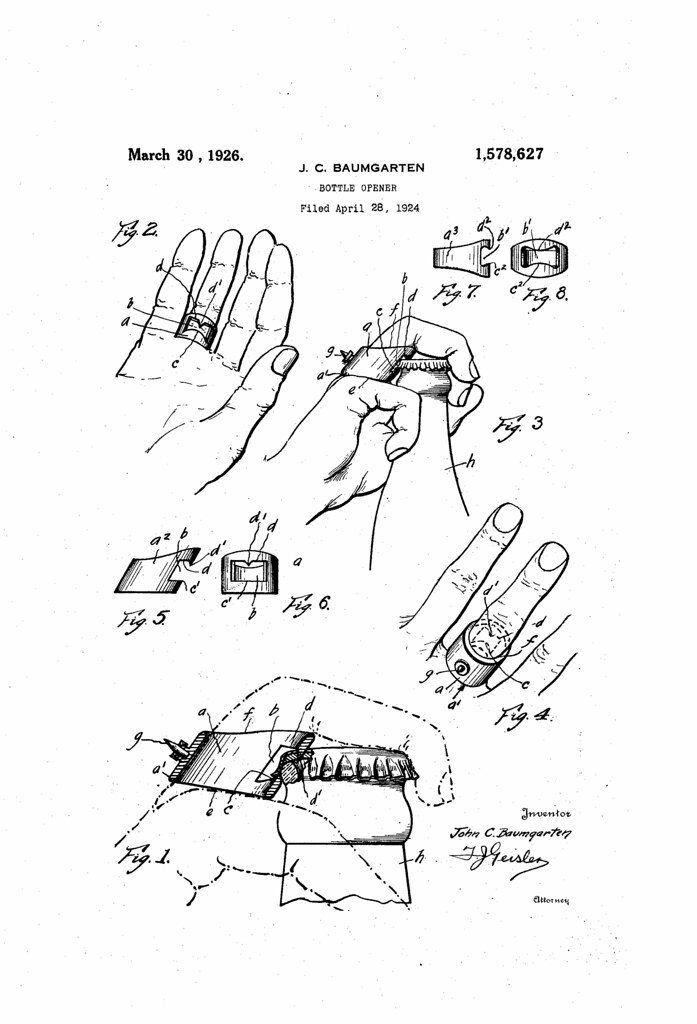 Today in 1926, US Patent D69235 S was issued, an invention of Everett Irving Rogers Jr., for his “Design for a Bottle Opener.” There’s no Abstract, and in fact there’s very little text in the application at all, save for that he “invented a certain new, original, and ornamental design for a bottle opener, of which [is] substantially as shown. It’s an odd looking opener. Was there really a burning demand for bottle openers shaped like the head of a camel? 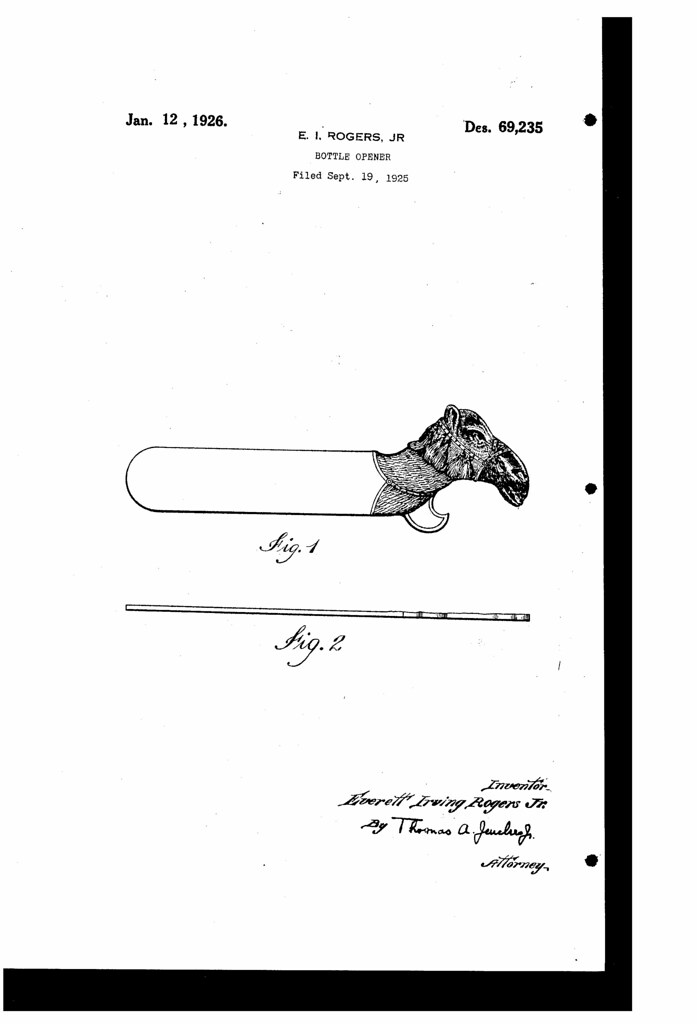 I found this odd little gadget while searching for an image this morning. It’s a Football Beer Caddy, apparently “handcrafted from recycled steel.” The 12-inch tall steel sculture is meant to hold your beer, though I can’t for the life of me understand why you’d do that. After pouring your bottle into a glass — you are doing that, right? — why would you need a caddy for the empty bottle? 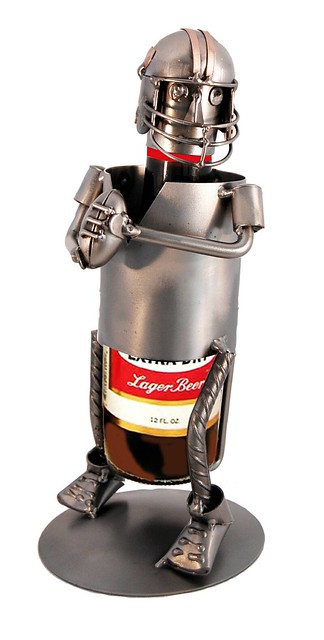 According to the website, they’re “handcrafted by American and European artisans using recycled steel and copper that is bent, cut, welded and brushed resulting in original works of art for the perfect unique football gift idea or unusual home accent piece. The moment you hold an H & K metal sculpture, you will appreciate its craftsmanship, quality and value.” Maybe, but if you want your own, $81.99 is what you’ll need to plunk down to get one of these football beer caddies for your very own. Crazy.

I don’t exactly know why this called to me, but for some reason it did. I’ve seen inflatable beer coolers before, but these seemed kind of cool to me. I guess I like the idea of putting the bottles or cans in a beer mug to cool them down. Like most people who take drinking seriously, I have a number of beer coolers of different sizes, shapes and materials. I also have three big keg tubs, too. But those you have to carry back from the beach or park or wherever remote location you’re hauling them to. With an inflatable one, you don’t have nearly as much to drag back home, which seems like a definitive advantage.

Anyway, the one I like best is from Europe, specifically Switzerland, and there’s one pretty similar available from England. 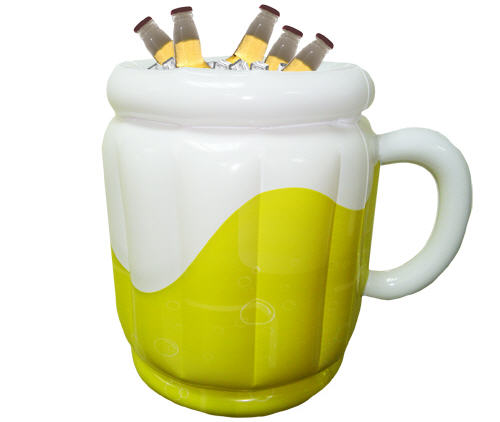 I couldn’t find that one available in the U.S., but a different — though somewhat the same — inflatable mug cooler is available from eCrater and through Amazon. 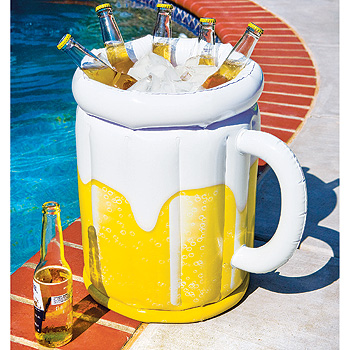