For our 138th Session, our host is Jack Perdue, who writes Deep Beer. For his topic, he’s chosen The Good in Wood, by which he means beer being stored in wood or otherwise flavored with it.

Wood has been used for millennia to store, transport and flavor beer, wine and spirits. Today, the relationship between wood and beer has regained its popularity with brewers and drinkers as observed in the prevalence of bourbon-barrel-aged beer and sours. This topic is deep and wide and meandering, romantic and historic, personal and professional.

I will suggest a few themes to stir your imagination on “The Good in Wood” but of course you can choose your own path.

So this month I’m going to use The Session to be the old man telling the kids to get off of his lawn as he shouts into the wind. Let me start by stating this. I love barrel-aged beers. I’ll repeat that, because it may come up later. I love the complexity that’s added by a beer spending time in a wooden barrel. Over ten years ago, in 2006, I took issue with an article in a Wisconsin newspaper in which the writer — who called himself the Beer Man — declared that bourbon barrel stouts were “just a fad.” I said he was wrong twelve years ago, and I say without fear of retribution that he’s even more wrong today. If anything, they’re more popular than ever, and not just stouts, but wood-aged and barrel-aged beers of all sorts of types. They’re so popular now that many brewers have told me it’s getting harder (and more expensive) to just find barrels to use for aging their beer. And many of these beers are amazing.

But here’s my caveat, and the one that appears to make me the odd man out, the old curmudgeon. As barrel-aged beers have become more and more extreme, almost like an arms race of bourbony proportions, many of these beers have lost their beerishness. I have had many debates and/or arguments on judging panels, panel discussions and at casual tastings, which clearly show me to be the outlier, over how much wood is too much wood. I’ve found that many people seem to think there is no threshold too far, that the more a bourbon-barrel beer tastes like bourbon the better, even when it no longer resembles a beer. And I just can’t abide that. 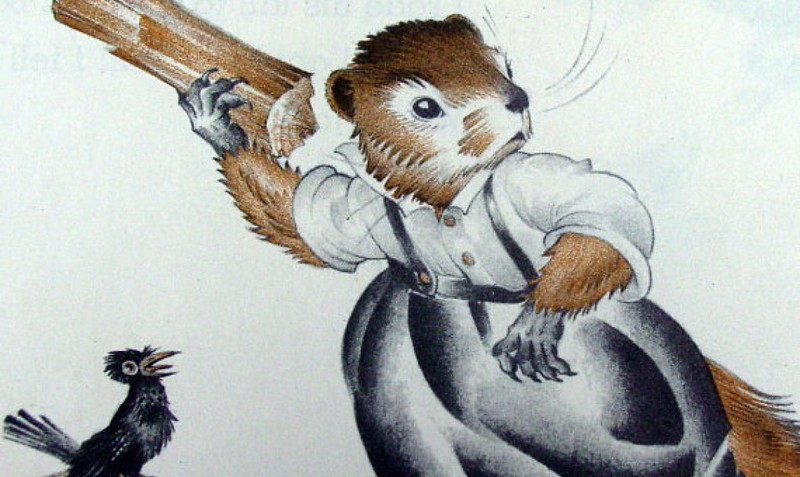 To me, it’s a bourbon-barrel “BEER.” If it no longer tastes of beer at all, it’s not really a beer anymore, but a malt-based bourbon.* Why not just drink a glass of bourbon? This type of extreme beer just overwhelms your tastebuds with only one sensation: whatever the original barrel once contained. But to my way of thinking, it should taste like the base beer style, and accentuated with the added flavor of the barrel, which should add complexity and layers of unique and/or new sensations. Instead, many just dull your senses by hitting you over the head with unbridled bourbon, or whiskey, or whatever. What’s the point? It seems to me that it’s become extremeness for the sake of extremeness, like a snake eating its own tail. 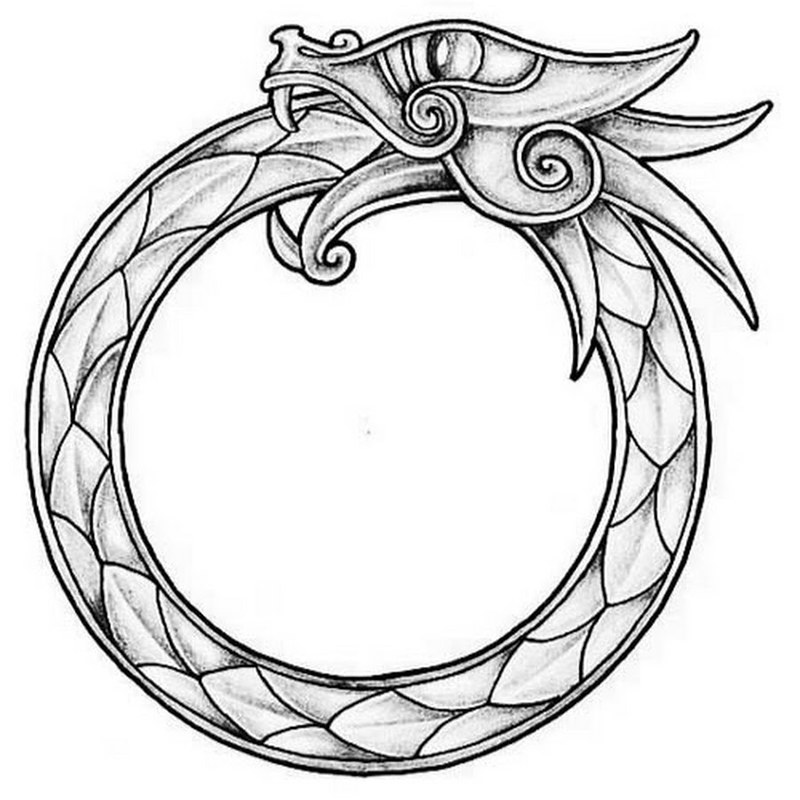 I completely understand that this is simply a matter of personal preference and shifting tastes or styles. At least it is on some level. But the style guidelines for both the World Beer Cup and GABF make clear that I’m not alone in my curmudgeonly ways. To wit, the 2017 guidelines for GABF for both the “Wood- and Barrel-Aged Beer” and the “Wood- and Barrel-Aged Strong Stout” state the following:

Used sherry, rum, bourbon, scotch, port, wine and other barrels are often used, imparting complexity and uniqueness to beer. Ultimately a balance of flavor, aroma and mouthfeel are sought with the marriage of new beer with wood and/or barrel flavors.

And even though I’ve read this passage aloud to make my case, some people still prefer the bourbon bombs with no beerishness whatsoever. I get that people like what they like, but this one just confounds me, because they seem to have lost sight of what these beers were intended to be or should aspire to be.

Flavor: Varies with base style. Wood usually contributes a woody or oaky flavor, which can occasionally take on a raw “green” flavor if new wood is used. Other flavors that may optionally be present include vanilla (from vanillin in the wood); caramel, butterscotch, toasted bread or almonds (from toasted wood); and coffee, chocolate, cocoa (from charred wood). The wood and/or other cask-derived flavors should be balanced, supportive and noticeable, but should not overpower the base beer style

In the end, it comes down to what a brewery can sell. If consumers want bourbon-barrel aged beers that taste more like bourbon and almost nothing like beer, that’s what breweries will keep making. If they sell out of every vintage, who am I to say they’re wrong? But I still find it a crying shame that it’s become harder to find the truly exquisite barrel-aged beer that really does deliver a complex melange of unique flavors, that “marriage of new beer with wood and/or barrel flavors” that doesn’t “overpower the base beer.” Those beers are sublime; a thing of beauty. Give me one of those beers any day. 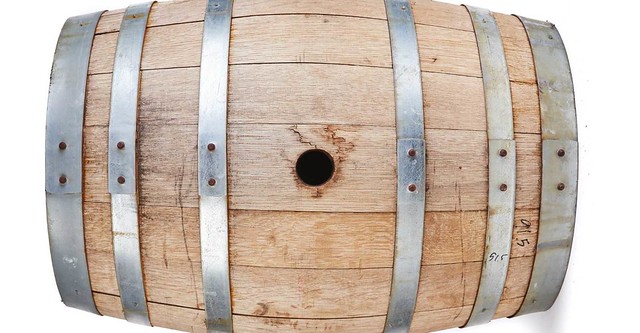 *: For purposes of this discussion, I’m ignoring Utopias, the Brew Dog/Schorschbräu world’s strongest beer fracas, and all other beers made to prove a point about beer strength, pushing boundaries, etc. Is that fair of me? Maybe not, but I’m going to do it anyway.

Hopefully, you’ve been following the emerging story about MillerCoors’ latest attempt at recapturing beer sales through the release of Miller Fortune, a bourbon-like lager aimed at the Spirits buyer. For me, one of the funniest aspects of this is a quote from David Kroll, who according to Bloomberg News “was brought to MillerCoors from Dyson in 2012 to shake things up as its head of innovation.” Here’s what he said.

We asked, “How would Jack Daniels or Maker’s Mark do a beer and why?” We tortured every aspect to say, “Are we falling back on what beer would do?” Because this brand is intended to play in a spirits occasion.

That’s a funny question because the answer is already out there. I’m amazed at how often people ignore history, recent history even, because we know precisely how Jack Daniel’s would “do a beer” for the simple reason that they already have. How could Kroll or Miller, at least, not remember that? A Jack Daniel’s collector put up a website with lots of photos of both the beer and the marketing and advertising, which makes it pretty obvious they spent a lot of money on the brand. I don’t remember exactly when they stopped making the beer, but I believe it was around 1997 or so, if memory serves. I tried a couple of the flavors once, but don’t remember being particularly impressed, although I also don’t recall that it was bad for any reason, just that it didn’t stand out.

As for a Maker’s Mark beer, if you take the distillery tour in Loretto, Kentucky you’ll learn that sister company Jim Beam once made a failed attempt of brewing beer. Maker’s Mark, in response, created an ad claiming they’d never make that mistake.

It’s amazing to me how forgetful people can be. I can’t help but be reminded of George Santayana’s famous quote from Reason in Common Sense. “Those who forget the past are doomed to repeat it.”