Friday’s ad is for Grolsch, from 2005. That year, Grolsch introduced a new beer in the Netherlands called Premium Blonde, which they advertised using one of the most iconic blondes, Marilyn Monroe. At the bottom of each ad is written “Maar laten we haar nooit vergeten,” which Google translates as “But let’s never forget her.” There were at least three different Marilyn Monroe ads that I’ve found, which seems ideal since today is Marilyn Monroe’s birthday. 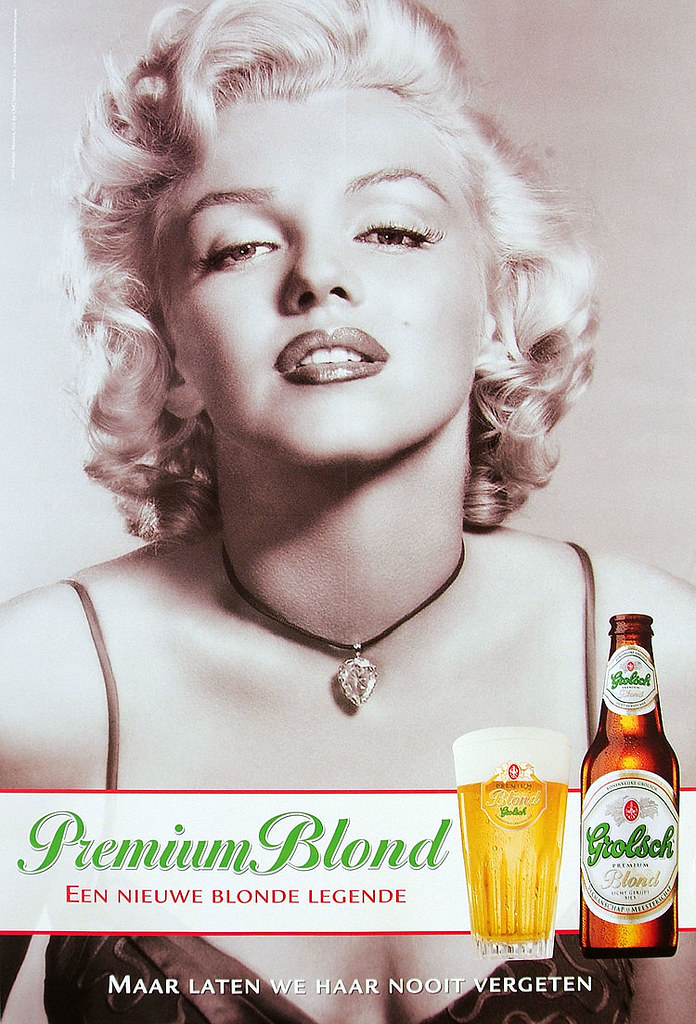 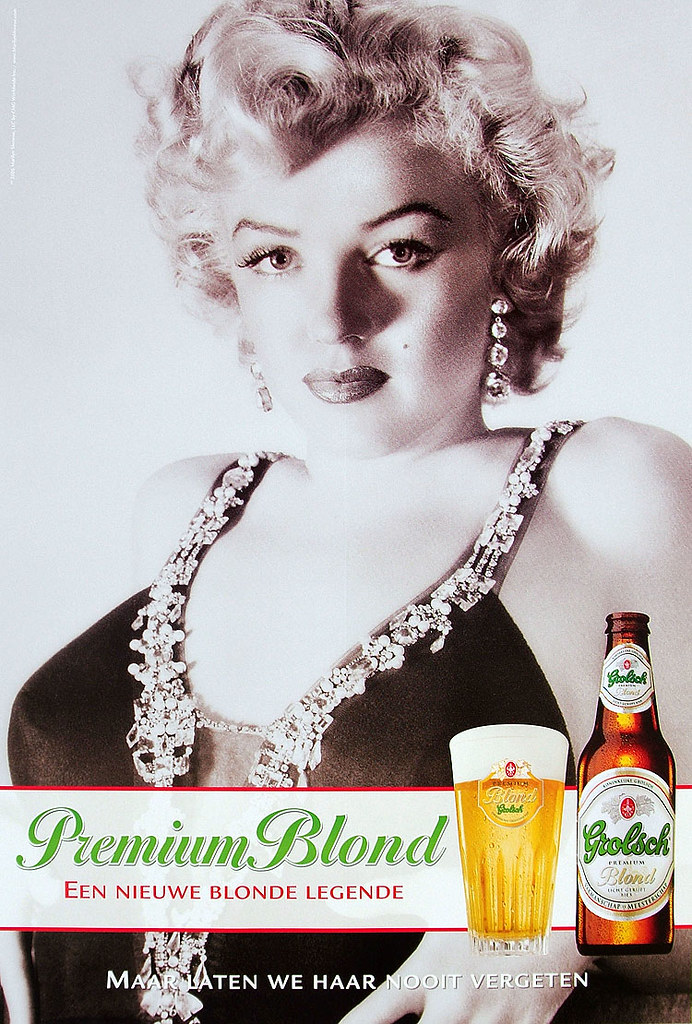 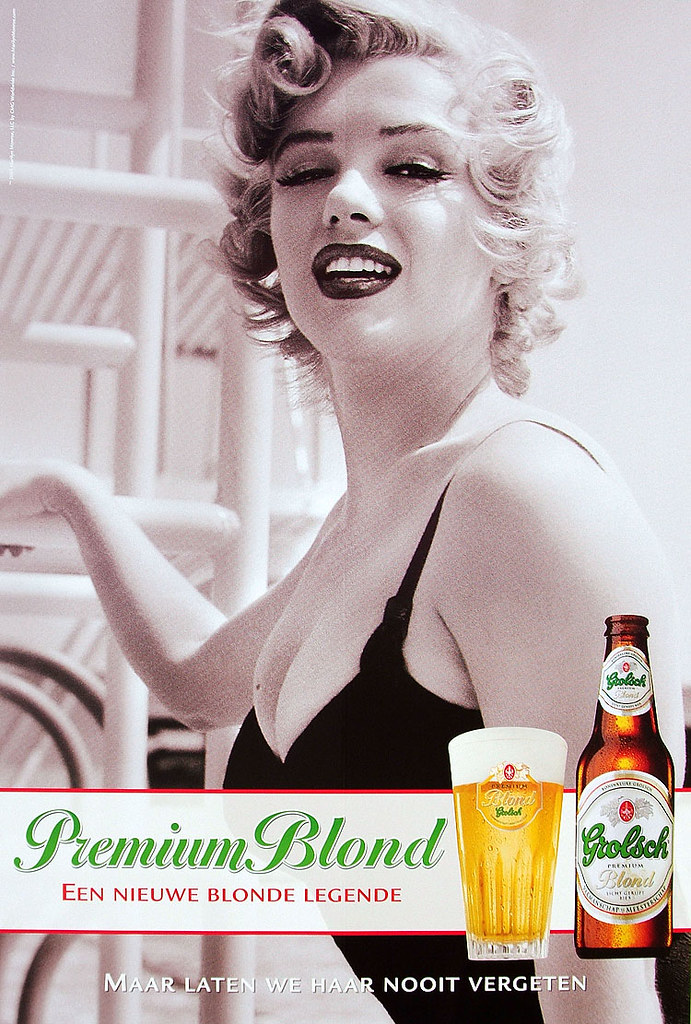 Saturday’s ad is for Grolsch, from 1951. Ik Drink Bier, or “I Drink Beer,” is a pretty simple slogan, but apparently if you drink eleven glasses of beer you can lift a pink elephant by its trunk, which is pretty impressive, and a rather bold claim. The ad was done by famous illustrator Ib Antoni, a Danish artist. It’s actually based on a previous poster he’d done where the kid only had three mugs of beer with the letter “M” on them, so it appears he adapted it for Grolsch. Across the bottom was also an addition for the ad: “Bier moet. Bier doet je goed.” Which Google translate tells me is “Beer should. Beer is good for you,” but I feel like “should” is probably not right and there’s some idiomatic use I’m missing. 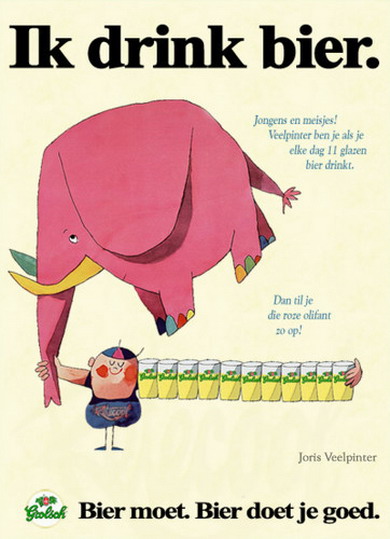