You’ve no doubt seen the news that we’ve finally relaxed travel restrictions to Cuba, along with many other changes to our policies regarding the island nation. Last summer, the two countries agreed to reopen embassies on their respective soil, and re-establish diplomatic relations. President Obama recently visited Cuba, the first American head of state to do so since 1928, 88 years ago. Despite the travel ban, small numbers of Americans had been visiting Cuba by going through Mexico or other countries where travel there is not restricted. But now that it’s legal again, record numbers are visiting, leading to the first real problem caused by this influx of American tourists. According to Mashable, Tourists are drinking all of Cuba’s beer.

“The first clear sign that Cuba will have difficulty keeping up with the influx of American tourists — certain only to increase as restrictions are loosened — is a beer shortage. 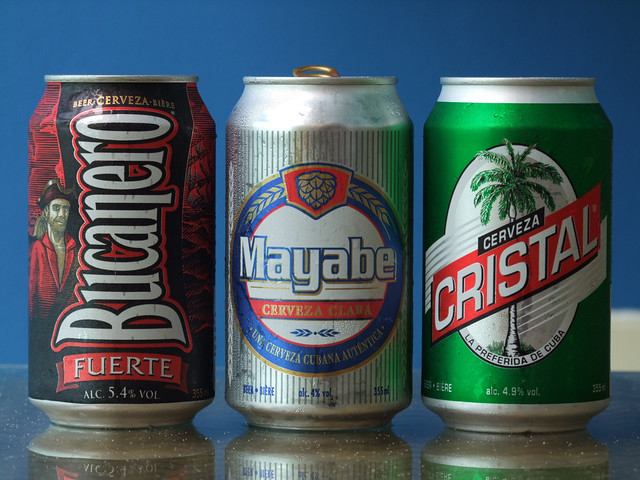 Andy Capp, the British comic strip by Reg Smyth has been running in London newspapers, and around the world, since 1957. Even though Smyth himself passed away in 1998, the strip continued on, done by a trio of writers and artists, Roger Kettle, Lawrence Goldsmith and Roger Mahoney. Capp, of course, is a longtime fan of beer, spending much of his time down the pub. Longtime Bulletin reader Miles (thanks Miles) sent me a link to a recent Sunday strip that tackled the newer phenomenon of beer tourism, relevant to me because when it arrived in my inbox I was indeed touring breweries in Belgium. Enjoy.