You are here: Home / Just For Fun / The Beer Barrel Polka

76 years ago today one of the most well-known polkas, and songs about beer, The Beer Barrel Polka, reached #1 on the Billboard Pop Music Chart in 1939. It was actually written in 1927, by Czech composer Jaromír Vejvoda. It was originally an instrumental known as the Modřanská polka (“Polka of Modřany”), but in 1939, German accordionist Will Glahé renamed it “The Beer Barrel Polka” and it was his 1939 version that made it the memorable song that is still played today. After World War II, Glahé was known in America as the “Polka King.” The English lyrics were later written by Lew Brown and Wladimir Timm, both Tin Pan Alley lyricists. The song was subsequently recorded by many other bands and singers. Musicians such as the Andrews Sisters, the Glenn Miller Orchestra, Benny Goodman, Billie Holiday, Liberace, the Marx Brothers, Bobby Vinton and Frankie Yankovic did their own versions, too, making it a mainstay at dances and weddings to this day. 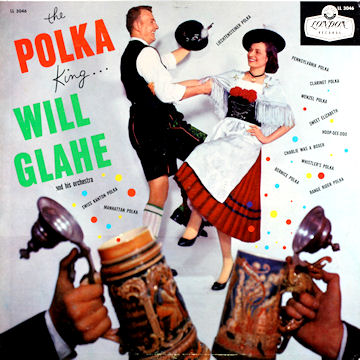 I was unaware of this local connection, but according to Wikipedia:

So here is the original version that made it a hit, as performed by Will Glahé: 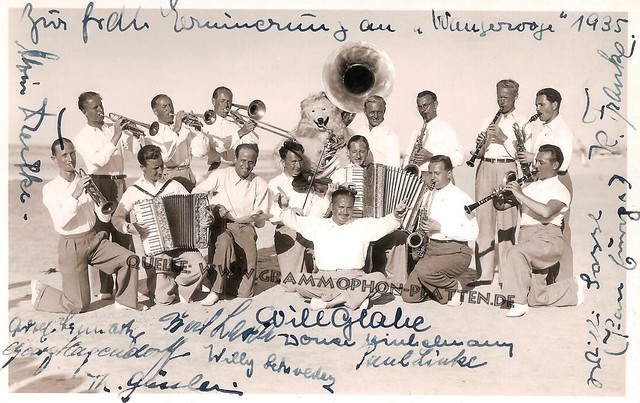 Will Glahe and his orchestra in 1935, before the Beer Barrel Polka made him famous.