Today was Zwanze Day, an annual holiday deliciously made up by Jean Van Roy of Brasserie Cantillon. Cantillon made the first Zwanze beer in 2008, which that year was a rhubarb beer. In subsequent years they’ve made beers with elderflowers, pineau d’aunis (a red wine grape) and a sour witbier, made with the traditional coriander and orange peel, and last year they made Cuvée Florian, essentially Iris Grand Cru blended with cherries. This year, the beer was Wild Brussels Stout 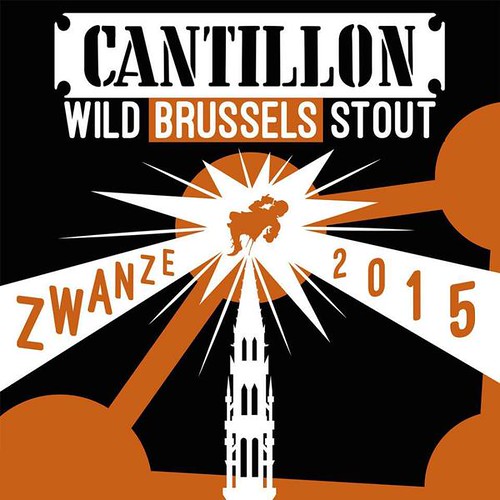 Each year, the beer is tapped at the very same time at locations around the world, regardless of times zone. Once again, this year the Zwanze Day beer was available at 56 beer bars or breweries in seventeen countries. One of those was Russian River Brewing, one of my local breweries, so I again spent the morning there with owners Vinnie and Natalie Cilurzo.

But before we get to the beer, here’s a little history of Zwanze Day. Belgium has essentially two separate regions, with the northern half known as Flanders. The language spoken there is a dialect of Dutch, known by the same name as the people of Flanders: Flemish. The word “zwanze” is unique to Flemish, has its origins in Yiddish, and essentially means a self-deprecating type of humor that’s typified by sharp-edged, playful jokes, usually good-natured. It’s said that this type of humor has become “a characteristic, defining trait” of the Flemish themselves, and for some a way of life. A “zwanze” is a joke, a “zwanzer” a joker. It was with that same playful spirit that Cantillon approached the concept of making a Zwanze beer. The goal was to create a fun beer; something a little unusual, using non-traditional ingredients.

With its Zwanze 2015, in its own way Cantillon wanted to perpetuate this typically Belgian surrealist mindset. In doing so, a few changes were made to the recipe for a traditional stout. Specifically, I fermented some raw wheat to improve mellowness and enhance storage characteristics and did not use roasted barley to avoid further accentuating the dry aspect, which was already present as a result of spontaneous fermentation.

The dry and tart notes of a spontaneous fermentation beer combine with the roasted, slightly burnt and delicate chocolate flavours sometimes found in certain stouts.

This “wild” stout’s fruitiness and “cooked” side reveal rancio flavours that are characteristic of Madeira or Banyuls wines. 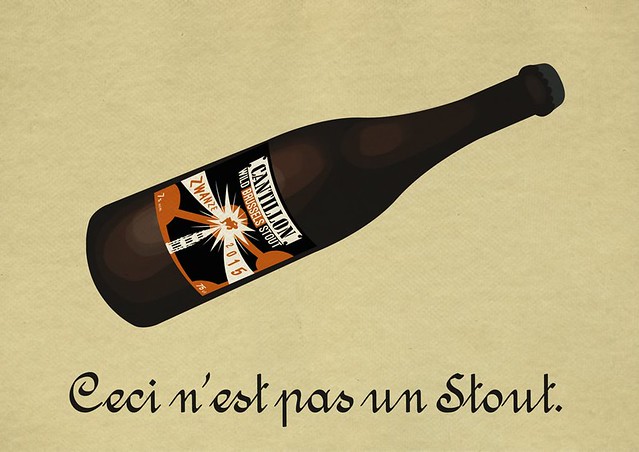 Having a little fun with one of Belgium’s best known artists, Rene Magritte, and one of his best known paintings, The treachery of images (a.k.a. Ceci n’est pas une pipe.) 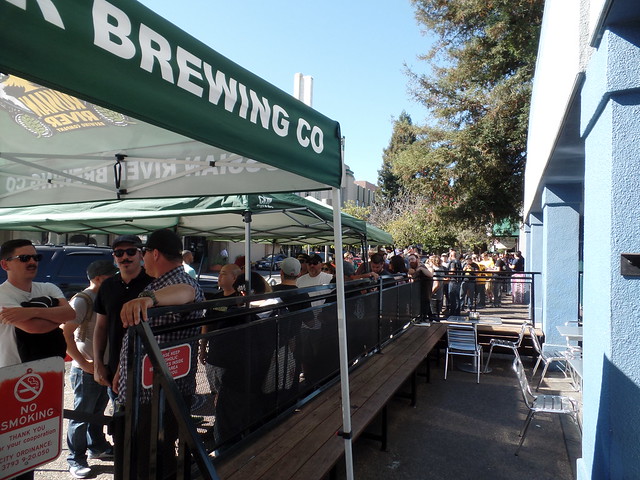 People lined up to try the very limited release Zwanze, stretching about halfway down the block. So not as crazy as for Pliny the Younger, but a respectable number of people, and enough that not everyone in line could be guaranteed a sample by around an hour before opening time. 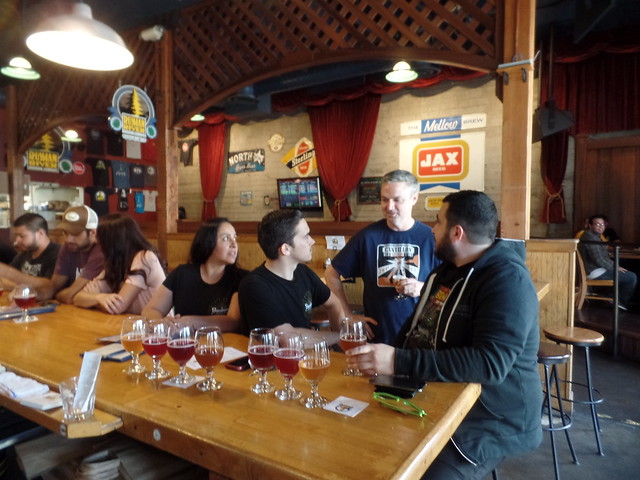 The doors to the brewpub opened at 11, an hour before the worldwide toast was to take place. Four other beers from Cantillon were available on draft — Gueuze, Iris, Kriek and Rose de Gambrinus — so people had something to enjoy while they waited. And Vinnie greeted people as he walked around while people were seated. 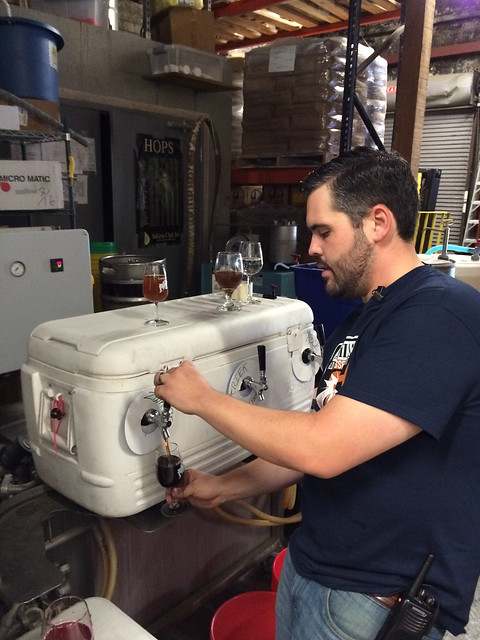 The first pour of this year’s Zwanze beer right at Noon. 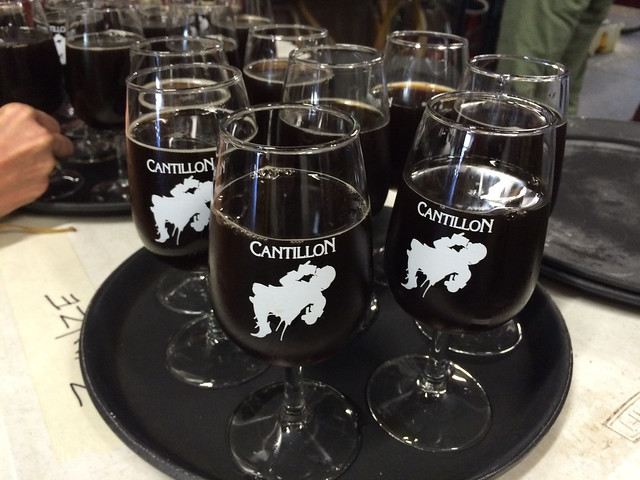 Followed by the first trays of Zwanze ready to be served. 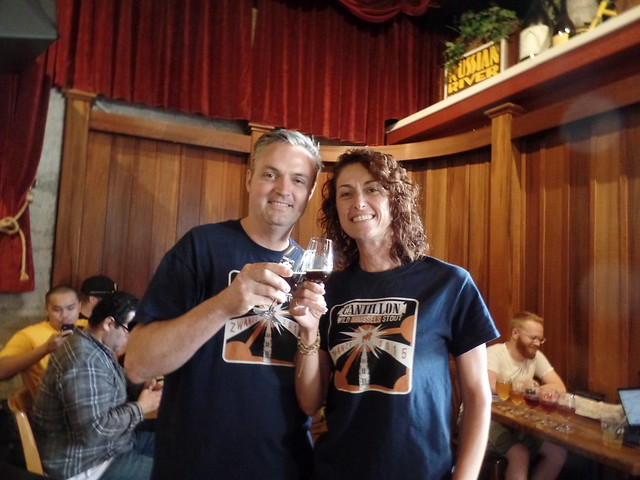 Vinnie and Natalie after giving the Zwanze Day toast.