Friday’s ad is still another one for Falstaff, again from 1964. It’s the fifth in an odd series of ads featuring a gorilla that Falstaff did that year. This one shows the gorilla riding a motorcycle with his blue-suited companion riding behind. Luckily they remembered to pack a case of Falstaff cans, which is strapped to the very back of the motorcycle with bungee cords. 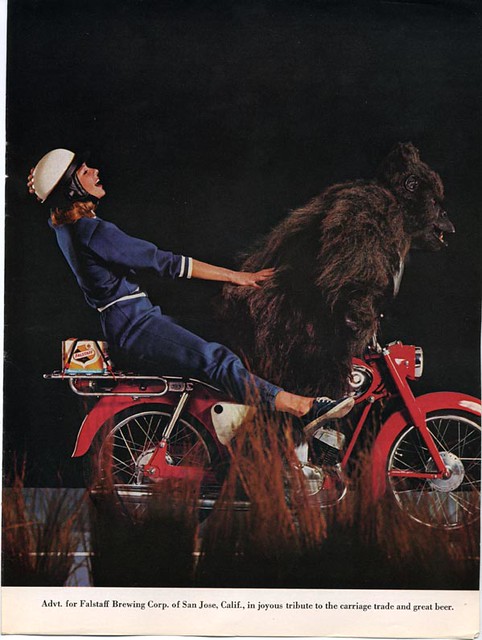 For our 78th Session, our host is James Davidson, who writes beer bar band, where he writes about his many passions, and also writes about beer for the Australian Brews News. His topic asks everyone to make their “elevator pitch” to be as “persuasive and passionate about beer can you be in the short[est] space possible?” Here’s a fuller explanation of how to make Your Elevator Pitch for Beer:

“Elevator pitch” is a term used by marketers, sales people, film/tv makers and the like. It’s the delivery of a short but powerful summary that will sell their idea or concept to the listener in one swift hit.

You walk into an elevator and hit the button for your destination level. Already in the elevator is someone holding a beer…and it’s a beer that annoys you because, in your view, it represents all that is bad with the current state of beer.

You can’t help but say something, so you confront your lift passenger with the reason why their beer choice is bad.

30 seconds is all you have to sell your pitch for better beer, before the lift reaches the destination floor. There’s no time, space or words to waste. You must capture and persuade the person’s attention as quickly as possible. When that person walks out of the elevator, you want them to be convinced that you have the right angle on how to make a better beer world.

The topic is essentially open. It is whatever you feel passionately about when it comes to the misgivings of beer in today’s market and/or culture.

What is the argument/topic that you believe will best advance a better beer world? You may just want to argue for craft beer over mass-produced bland lagers. Maybe you actually want to end the need to define “craft beer”. Maybe it’s that the way gender is used or represented when it comes to beer, such as attempts to push “girly styles”. Maybe you believe brands like Carling, Samuel Adams or James Squire should be in everyone’s beer fridge. You may be an purist for the cause of CAMRA, or you may want to argue against CAMRA. Maybe you think the outrageous ingredients and hybrid styles of extreme brewing are hurting beer today, or maybe there needs to be more delicious high alcohol triple barrel aged palate wreckers…?

Maybe the person in the elevator with you isn’t even holding beer, but instead they have some sugary pre-mix lolly-like alcoholic drink, and you want to convince them that drinking beer is a much better option. Even worse…maybe that person is holding a “low-carb” beer!

Maybe you think everything about beer is actually just fine. So argue your case for that.

And that’s the other reason why I have set this challenge is to help refocus my own argument for beer. The more I have learned about brewing, the beer industry and business, and the history of beer, the harder I have found it to define a strong argument for my own (Australian-centric) beer position statement of: drink “craft” beer instead of soulless mass produced adjunct lagers.

This is an exercise in words. I hope that this can be the easiest and hardest contribution that you have ever made to the beer conversation.

The easiest, because it’s a mere 250 words or 30 seconds. The hardest, because it requires every word to be important, meaningful, useful and powerful. There’s no room for footnotes, caveats or rebuttal.

So on Thursday, August 1, make your pitch. As I suffer from an acute case of verbosity, the hardest part will be keeping it to the length of an elevator ride. Going down? 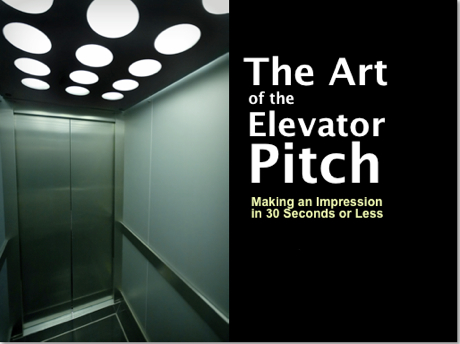 Today’s infographic is entitled Drunken Geniuses, and shows additional facts from the recent studies showing that the more intelligent one may be, the more likely they’ll also drink more, too. It was created by Pamela Brooke and Jack Kelle for Best Masters Degree.