The San Francisco Chronicle broke the news tonight that Anchor Brewing Co. will be building a second brewery near the waterfront at Pier 48, in partnership with the San Francisco Giants and their 27-acre Mission Rock development project. The Anchor Brewery space will apparently be 212,000 sq. ft., and will include “production and distribution facilities, a restaurant, museum and other public attractions.” It will also allow them to increase brewing capacity to approximately 600,000 barrels, while keeping all of their brewing operations within the city limits. The new facility is also expected to more than double the number of Anchor employees. Below is Anchor’s artist’s design for the new brewery. 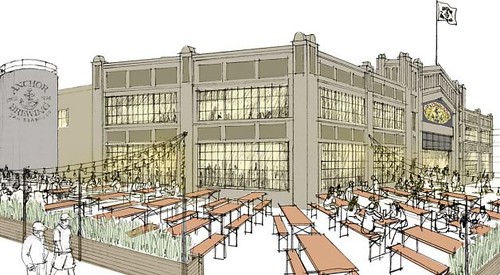 For now, you can read the story at the Chronicle’s Anchor Brewing plant on S.F. waterfront. I spoke to Anchor Brewery co-owner Keith Greggor this evening and learned that there will be an official announcement tomorrow morning around 10 a.m. where we’ll learn more details, and I also have scheduled an interview with Greggor afterwards to go over the project in more details, so stay tuned. 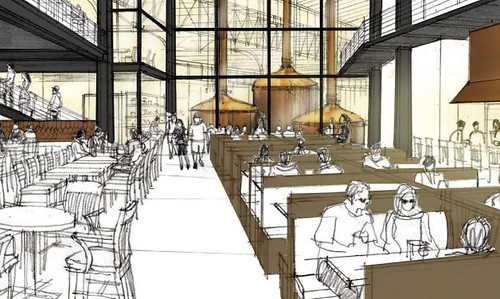