Monday’s ad is another one from the United States Brewers Foundation, from 1951. This a series of ads they did in 1951 using a Q&A format aimed at highlighting different positive aspects of beer and the brewing industry.

Q
How popular is beer in America today?

A
Beer is now served in about two out of three homes in America.

The number cited in the ad, 62.2%, is confusing. In the text it says it applies to “all Americans” but in the headline it seems to be “households.” It’s also unclear if that number is in relation to other alcoholic beverages: is it two-thirds of drinkers, or two-thirds of all persons, teetotalers included. Most surveys today are of the former kind, and show beer’s percentage hovering around 40%, plus or minus a few percentage points each year. 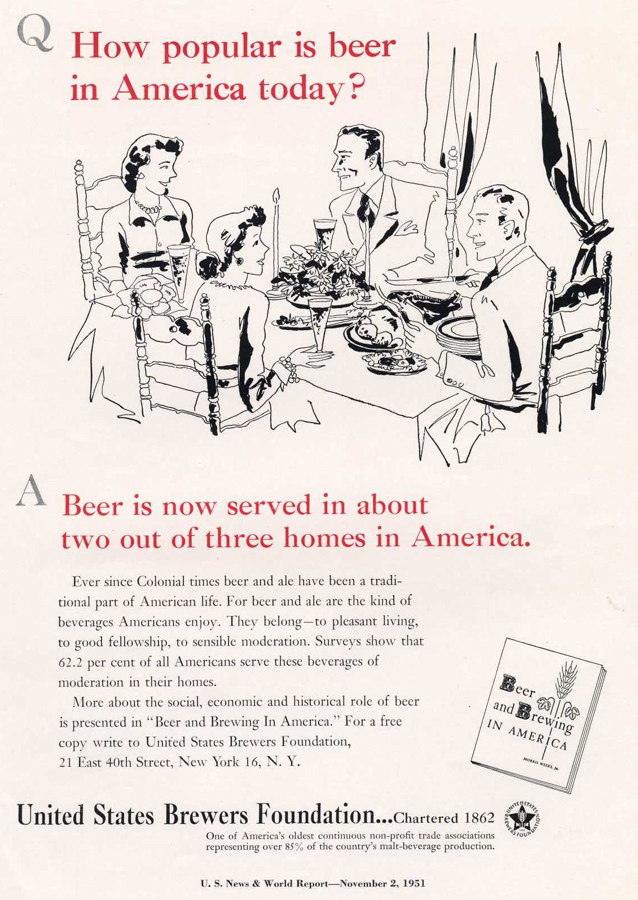