Sunday’s ad is for Schlitz, from the 1940s. “Just the Kiss of the Hops” was a popular slogan used by Schlitz for several decades. It’s meant to express that their beer had no bitterness, but they definitely had some fun with it over the years. In this ad, a magician is pulling a rabbit of a hat, and the rabbit is holding a bottle of beer. I don;t care what the headline says, hat is magic. 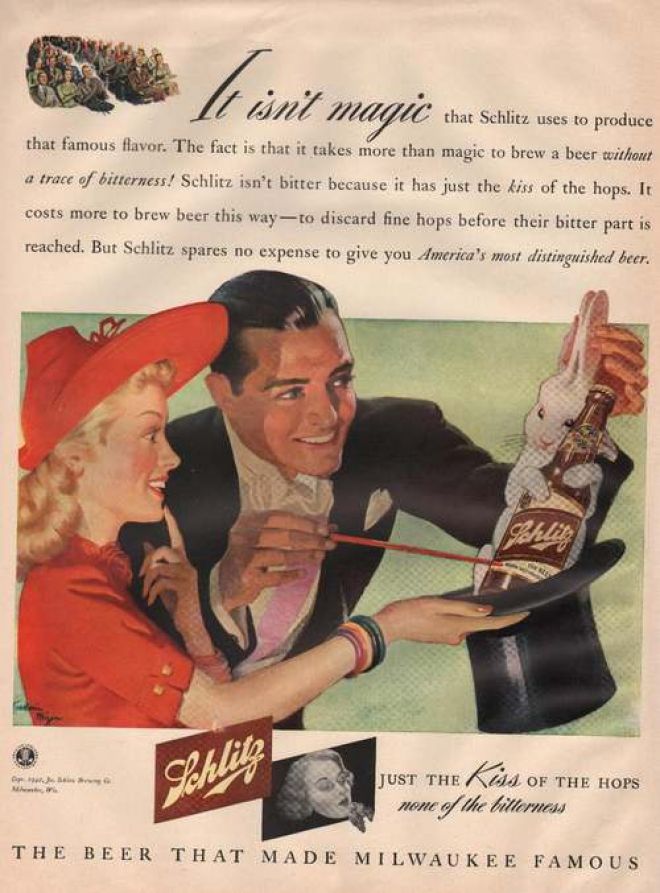