You are here: Home / Beers / Beer In Ads #2582: My Beer Is Rheingold Says Claudia McNeil

Saturday’s ad is for Rheingold, from 1959. In the 1940s and 1950s, Rheingold recruited a number of prominent celebrities to do ads for them, all using the tagline: “My beer is Rheingold — the Dry beer!” This ad features American actress Claudia McNeil. She was best known “for premiering the role of matriarch Lena Younger in both the stage and screen productions of A Raisin in the Sun. She later appeared in a 1981 production of the musical version of the play, Raisin presented by Equity Library Theater. She was twice nominated for a Tony Award, first for her onstage performance in A Raisin in the Sun (1959), and again for the play Tiger Tiger Burning Bright in 1962. She was also nominated for a Golden Globe Award and a BAFTA Award for the screen version of A Raisin in the Sun in 1961.” In this ad, McNeil simply stands in the street, on Broadway below her marquee for “A Raisin in the Sun” and says, like her show, Rheingold Extra Dry gets a “top-billing.” 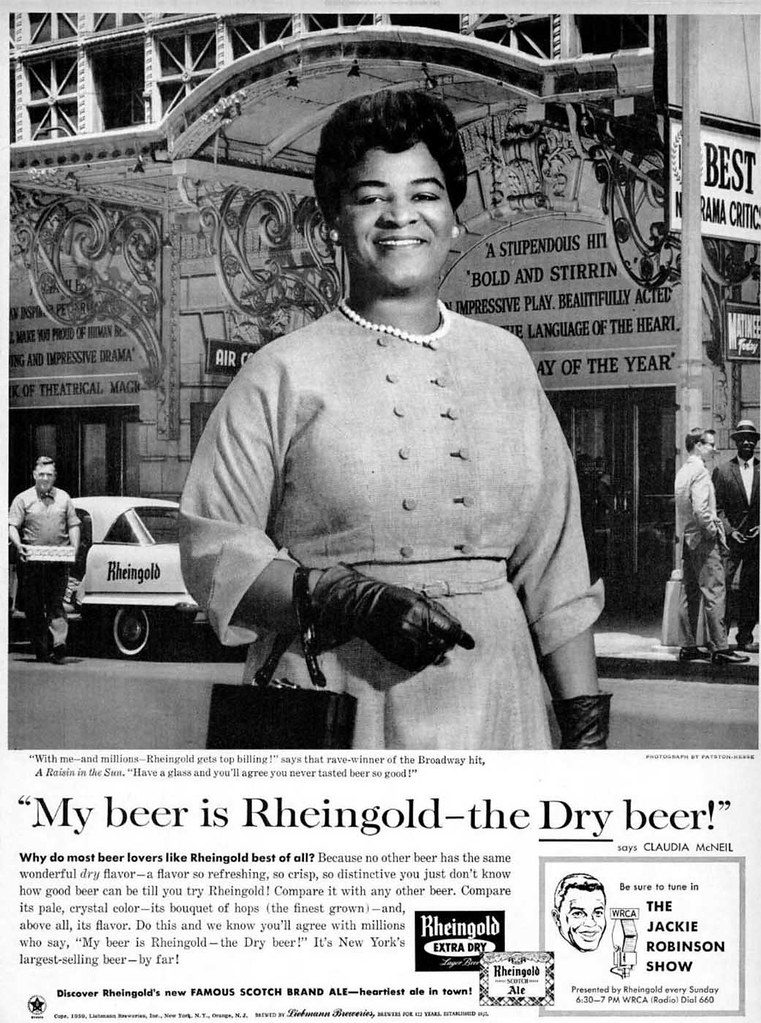