Sunday’s ad is for Rheingold, from 1940. In the 1940s and 1950s, Rheingold recruited a number of prominent celebrities to do ads for them, all using the tagline: “My beer is Rheingold — the Dry beer!” This ad features American professional golfer Gene Sarazen. He was “one of the world’s top players in the 1920s and 1930s, and the winner of seven major championships. He is one of five players (along with Ben Hogan, Gary Player, Jack Nicklaus, and Tiger Woods) to win each of the four majors at least once, now known as the Career Grand Slam.” In this ad, Sarazen mentions that even before Americans played golf, they were making Rheingold Extra Dry beer. 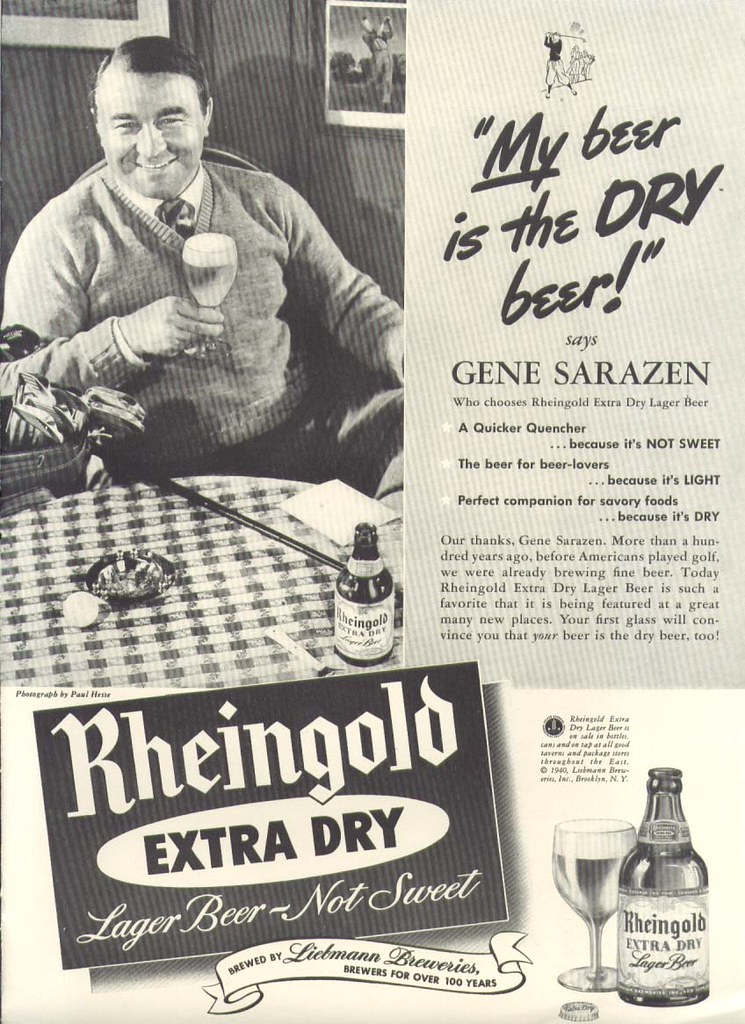