Monday’s ad is for Rheingold, from 1960. In the 1940s and 1950s, Rheingold recruited a number of prominent celebrities to do ads for them, all using the tagline: “My beer is Rheingold — the Dry beer!” This ad features American jazz singer and bandleader Cab Calloway. “He was strongly associated with the Cotton Club in Harlem, New York City, where he was a regular performer. Calloway was a master of energetic scat singing and led one of the United States’ most popular big bands from the start of the 1930s to the late 1940s. Calloway’s band featured performers including trumpeters Dizzy Gillespie and Adolphus “Doc” Cheatham, saxophonists Ben Webster and Leon ‘Chu’ Berry, New Orleans guitarist Danny Barker, and bassist Milt Hinton.” In this ad, Calloway enjoys drinking a Rheingold Extra Dry after his show. 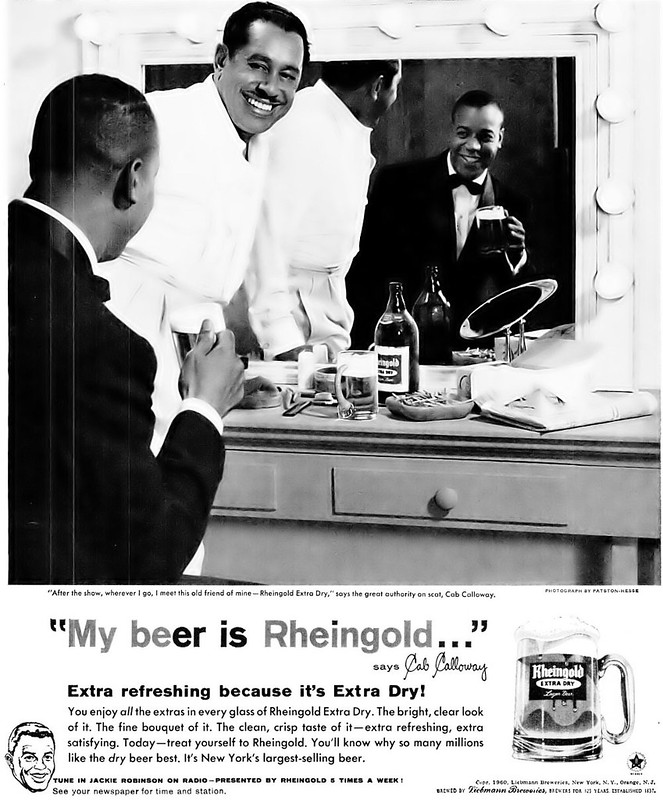