Friday’s ad is for is by Ballantine Ale, from 1957. In the 1950s, Ballantine advertised the hop variety “Brewer’s Gold” as “a rare strain of choice hops” and even registered it as a trade-mark, although Brewers Gold is widely available today. In this ad, three couples are having a party in one of their basement rec rooms, complete with a bar where glasses of Ballantine Ale is already being poured. If you look closely behind the man in the striped sports coat, and just below the archery target on the wall, you can just make out that there’s a pink pong table there. What I wouldn’t give for a rec room with a bar and a ping pong table. 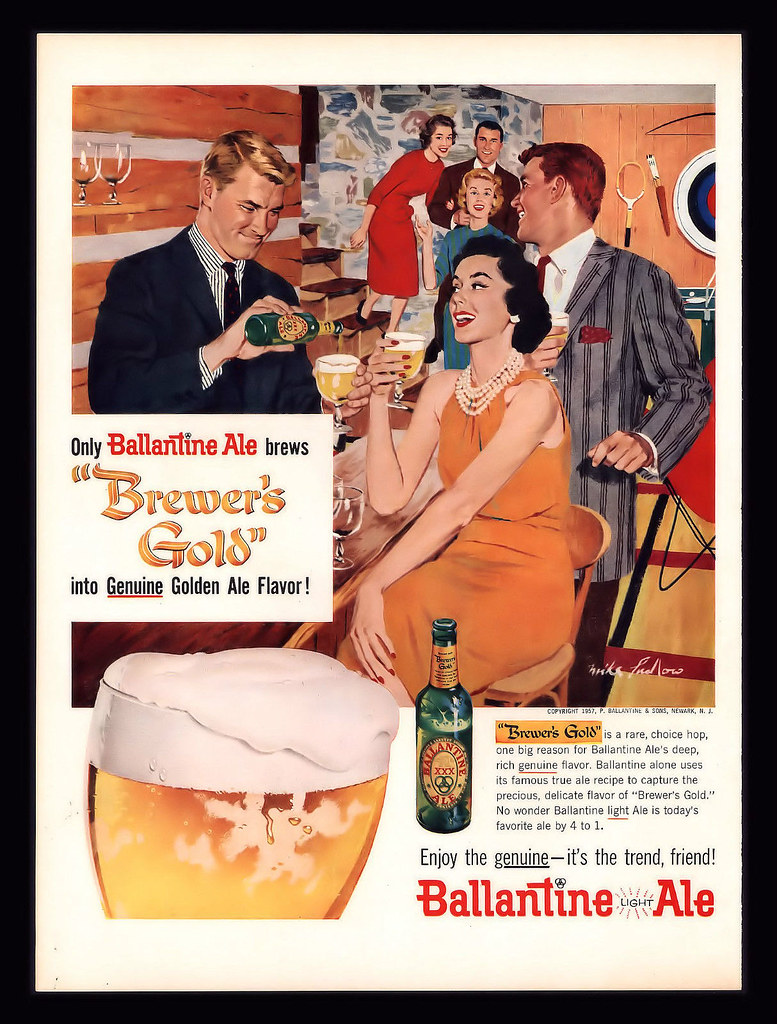