Today is the birthday of Alan Moen, who used to be the editor-in-chief of the Northwest Brewing News, and also did drawings for them and others, before he retired from that gig that a few years ago, although he still writes for American Brewer, Market Watch, The New Brewer, and other beer publications. He also owns and operates the Snowgrass Winery in Entiat, Washington. RealBeer.com still has an amusing biography of Alan from who knows how many years ago. Join me in wishing Alan a very happy birthday. 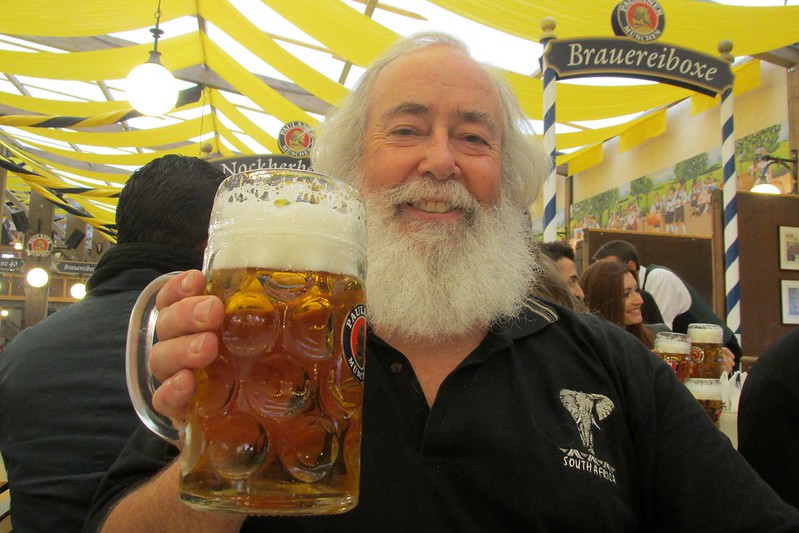 Alan at Oktoberfest, in the Paulaner tent. 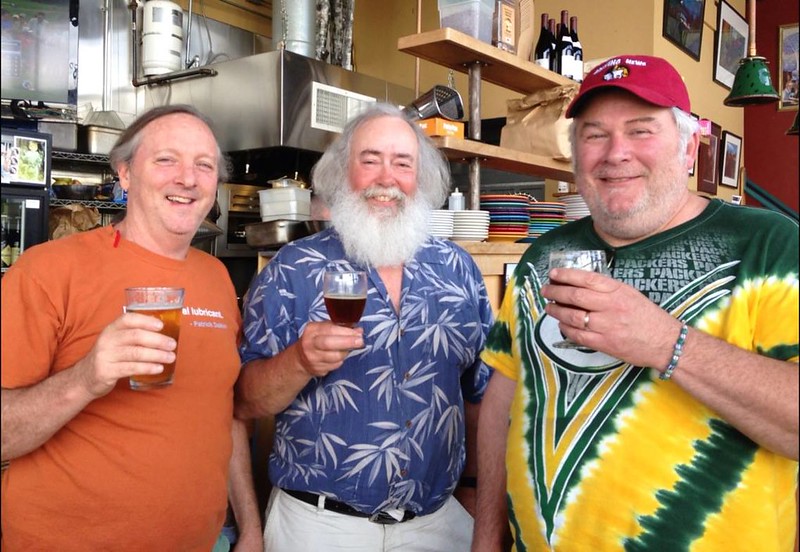 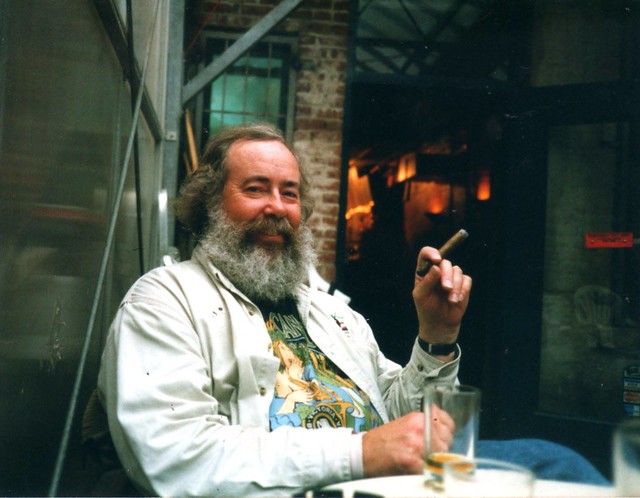 At dba in NYC. 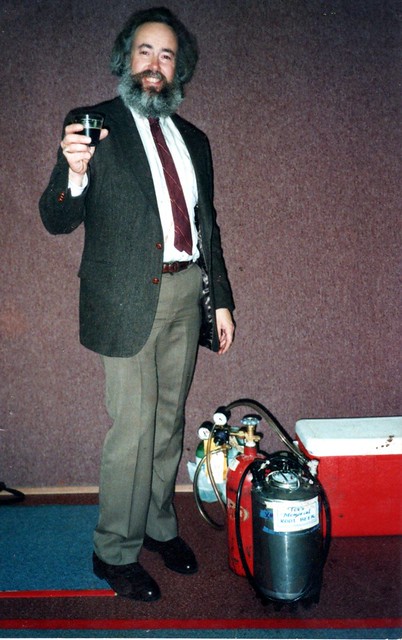