Today is the birthday of David Zamborski, better known to the brewing world as simply “Zambo.” He used to brew for BJs in Southern California but then number of years ago moved to San Francisco to take over the brewpub operations at 21st Amendment, where he spent several years. and later he moved to Speakeasy Ales & Lagers, where he was the Director of Brewing. Wanting to get back to his brewpub roots, Zambo was until recently the brewmaster and Santa Barbara Brewing, and since we were there on vacation a few years ago, stopped in for a few pints and to hang out. Zambo’s doing great things there, he’s a terrific brewer, and it shows it what he’s making there. I just learned today that he’s moved n to an L.A. brewery but will need to find out which one. Join me wishing Zambo a very happy birthday. Luke Nicholas, from New Zealand’s Epic Beer, with Zambo during a visit to 21A. John Tucci (from Gordon Biersch), Aron Deorsey (from Beach Chalet) and Zambo at a release party for Anchor’s California Lager. Brendan Dobbel, Rich Higgins, Aron Deorsey and Zambo at a Sierra Nevada’s Beer Camp a couple of years ago. 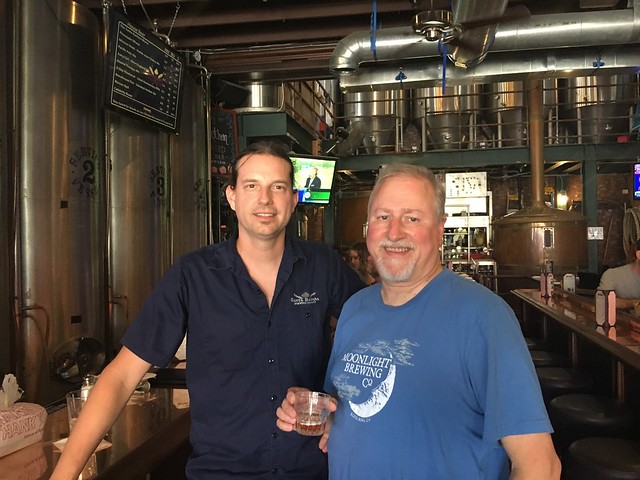 At Santa Barbara Brewing a couple of years ago.