Tuesday’s ad is for Heineken, from 1976. The ad shows a woman in a traditional Dutch costume pouring a bottle of Heineken, apparently inside of a famous Dutch windmill known as the Barremolen. It’s located in Zoeterwoude-Rijndijk, Zuid-Holland, and according to the Dutch Windmill Database, it was built in 1661. The windmill, besides being a symbol of the Netherlands, is also located on the site of one of Heineken’s brewery, so it certainly made sense to feature it in their advertising. 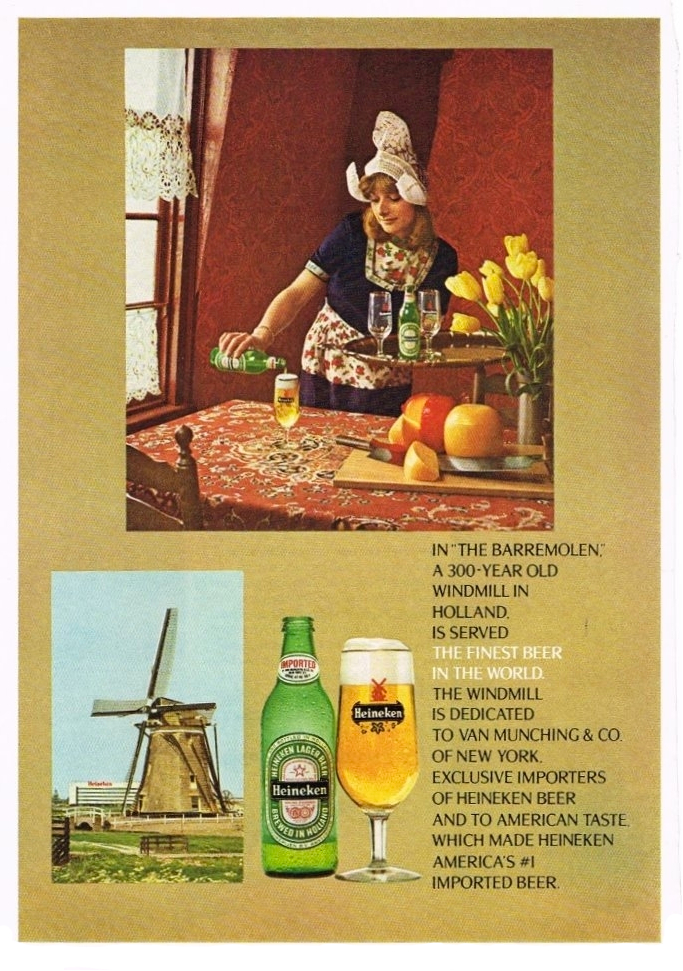