Wednesday’s ad is for the Suffolk Brewing Co., from sometime after 1875. You could be forgiven for thinking this was a German brewery, given the Munich Lager Beer Brewery banner headline, but in fact it was in Boston, Massachusetts, located at 423-443 Eighth Street. Another curiosity, especially given their calling themselves a “Munich Lager Beer Brewery,” is that the sign on the building identifies them as an “Ale & Porter Brewery.” 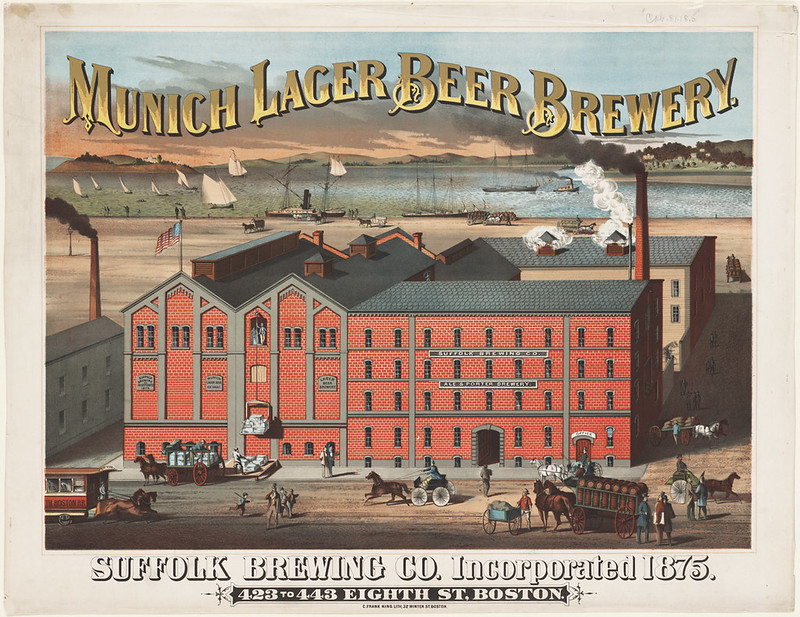