Thursday’s New Year’s Eve ad is for Schaefer, from 1962. The ad features bandleader Guy Lombardo, who for years played live on television New Year’s Eve, so much so that he was nicknamed “Mr. New Year’s Eve.” What I didn’t know, which it says is the ad, is that he was also a “speedboat champion.” Who knew? A tuba player I played with in the 26th Army Band played with his band, The Royal Canadiens, after his discharge. Happy New Year. 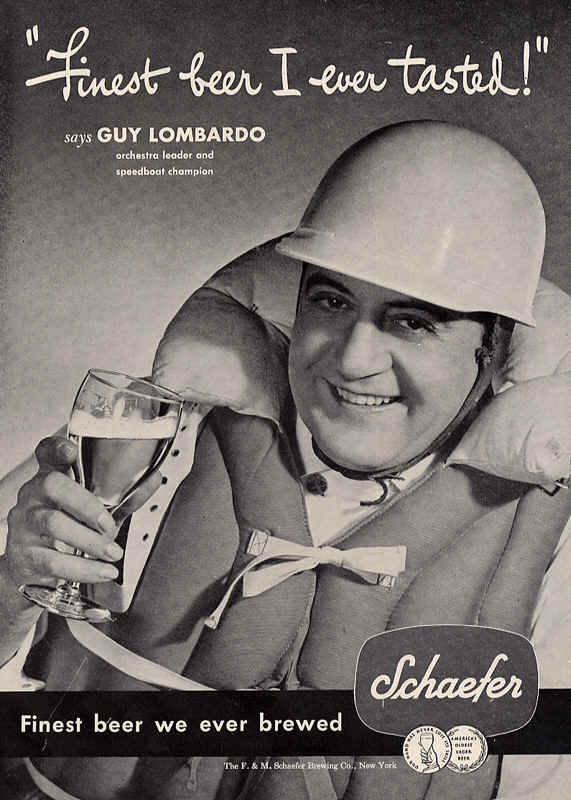