Thursday’s ad is for Bock Beer, again from either the late 1800s or early 20th century. In this one, a statue to the lofty goat has quite literally been put in a pedestal, and four couples are dancing around it. The men are all wearing aprons (I’m going to guess those are bartender’s aprons from that time period) so maybe it’s some bock ritual dance I’m not familiar with. Who knows? 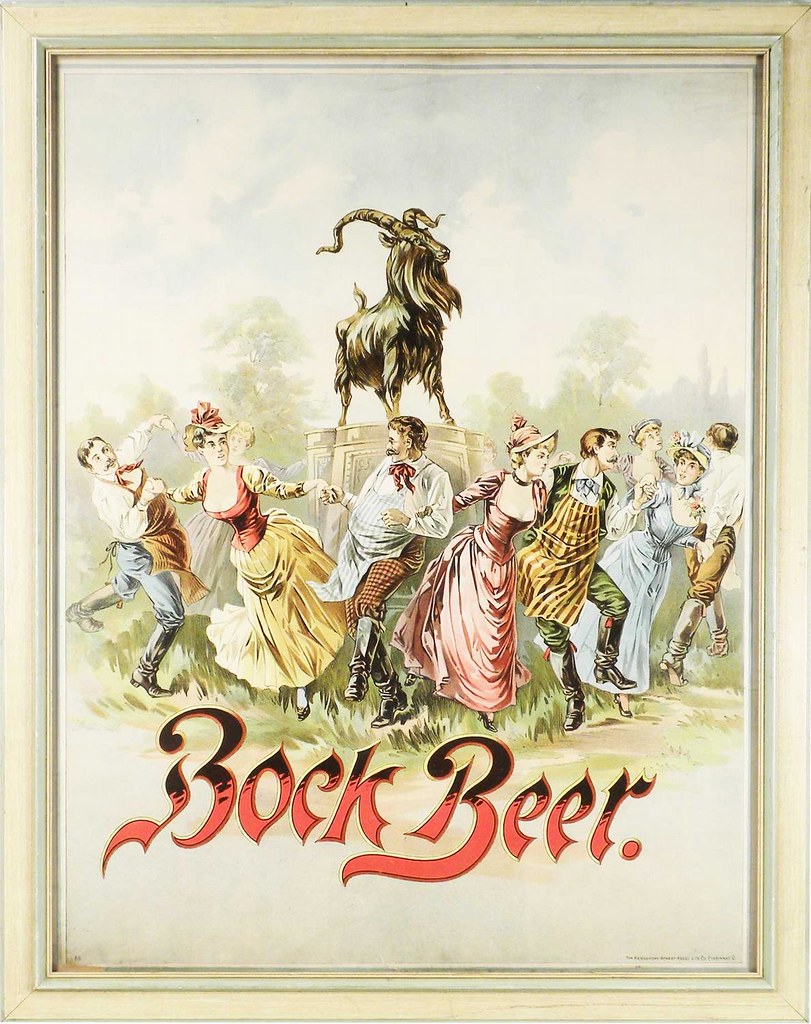