Saturday’s ad is for Budweiser, from 1914, No. 3 in another series they did in 1914-15 called the “National Heroes Series.” The third one features Tadeusz Kościuszko, who “was a Polish-Lithuanian military engineer and a military leader who became a national hero in Poland, Lithuania, Belarus, and the United States. He fought in the Polish-Lithuanian Commonwealth’s struggles against Russia and Prussia, and on the American side in the American Revolutionary War. As Supreme Commander of the Polish National Armed Forces, he led the 1794 Kościuszko Uprising.” 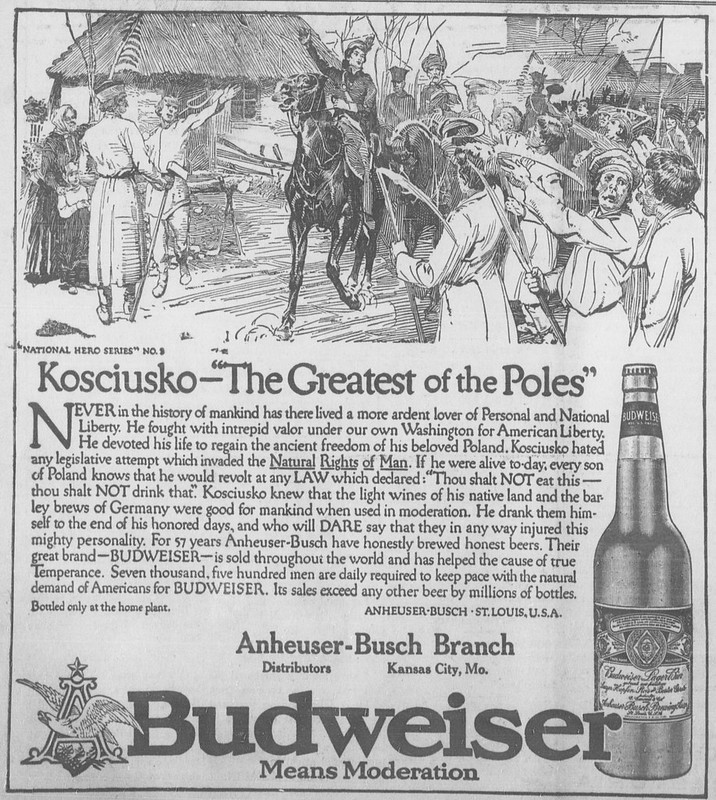