Friday’s ad is for Michelob, one of the brands created by Anheuser-Busch as a draft-only beer in 1896. It was first packaged in 1961, and its distinctive teardrop bottle won a design award the following year. But that was replaced in 1967 “for efficiency in the production line,” but reverted to a traditional bottle in 2002. This ad is from 1973, and features another one of those magic bottles. Notice that the 12-oz. bottle of Michelob is only half full but the mug is completely full. A lot of ads during this time period employed this weird tactic, as if you can fill two glasses of beer with one bottle. Next to the beer is a golf tee and a scorecard, along with a bouncing golf ball. Curiously, this is a transitional ad. The first shoes the “Surprise Me” tagline which was employed for a few years, roughly from 1970-1973. Michelob then switched campaigns and began using the tagline “In beer, going first class is MICHELOB Period.” As you can see, they used the same art in these two ads, used the same year, but switched the taglines. 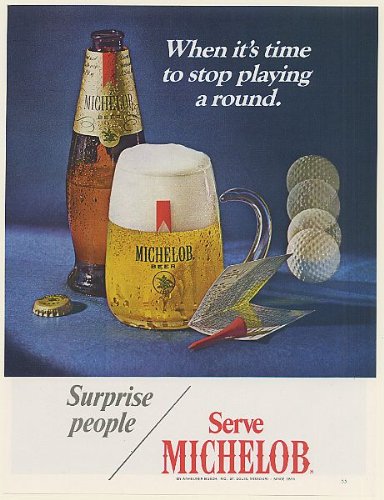 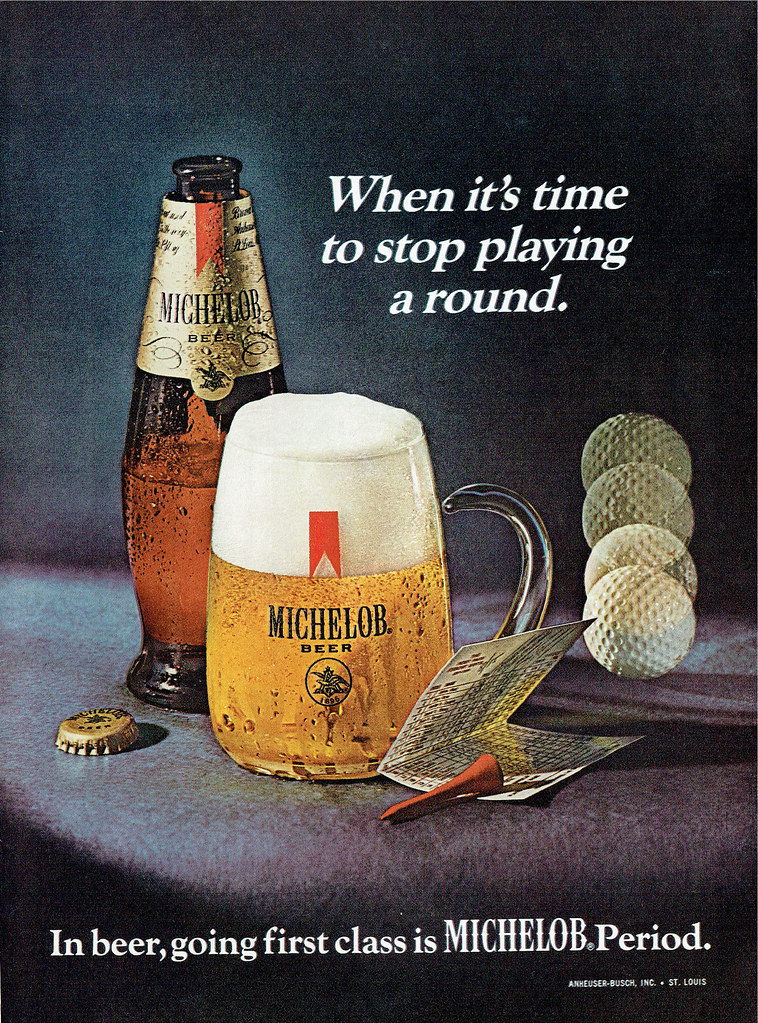