Today is the birthday of Antonie van Leeuwenhoek (October 24, 1632–August 26, 1723). He “was a Dutch tradesman and scientist, and is commonly known as ‘the Father of Microbiology.'” Apropos of nothing, “his mother, Margaretha (Bel van den Berch), came from a well-to-do brewer’s family.” Despite hi family ties, van Leeuwenhoek didn’t discover anything specifically useful to the brewing industry, but he did find that there was life pretty much everywhere he looked, using his microscope, including the “microscope—tiny “animalcules,” including yeast cells, which he described for the first time” in 1674-80.” But he laid the groundwork for later scientists to figure how exactly yeast worked. As Brian Hunt wrote in the entry for “infection” in the “The Oxford Companion to Beer,” that “the existence of yeast as a microbe was only discovered in 1674 by Antonie van Leeuwenhoek, the inventor of the modern microscope.” Or as Sylvie Van Zandycke, PhD, put it. “The yeast Saccharomyces cerevisiae was used for thousands of years in the fermentation of alcoholic beverages before anyone realized it! The Dutch scientist, Anton Van Leeuwenhoek observed the mighty cells for the first time under the microscope in 1680.” 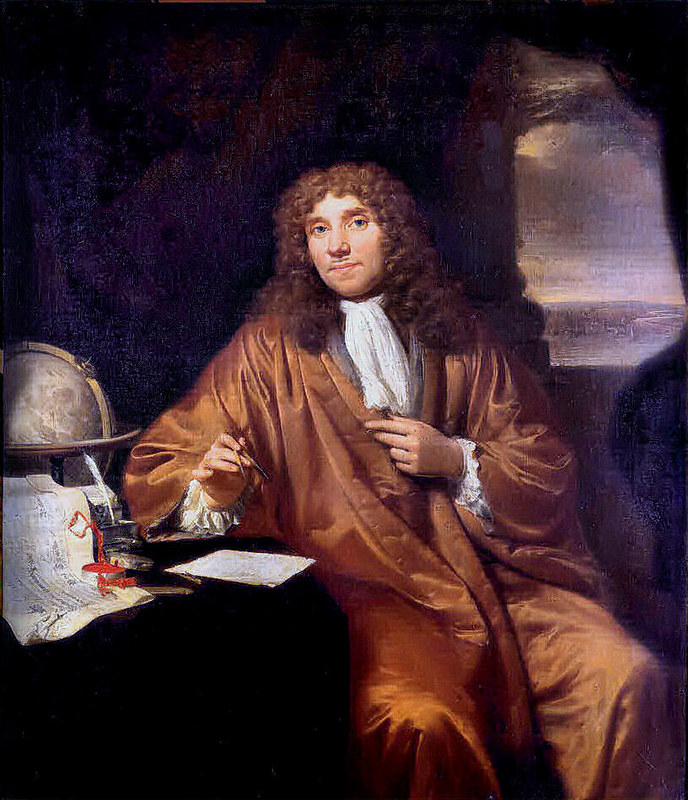 Here’s a short biography, from the Science Museum Brought to Life:

Leeuwenhoek was born in Delft in the Netherlands, to a family of brewers. He is known for his highly accurate observations using microscopes.

Leeuwenhoek worked as a draper, or fabric merchant. In his work he used magnifying glasses to look at the quality of fabric. After reading natural scientist Robert Hooke’s highly popular study of the microscopic world, called Micrographia (1665), he decided to use magnifying lenses to examine the natural world. Leeuwenhoek began to make lenses and made observations with the microscopes he produced. In total he made over 500 such microscopes, some of which allowed him to see objects magnified up to 200 times.

These were not the first microscopes, but Leeuwenhoek became famous for his ability to observe and reproduce what was seen under the microscope. He hired an illustrator who reproduced the things Leeuwenhoek saw.

In 1673 he began corresponding with the Royal Society of London, which had just formed. Leeuwenhoek made some of the first observations of blood cells, many microscopic animals, and living bacteria, which he described as ‘many very little living animalcules’. In 1680 his work was recognised with membership of the Royal Society – although he never attended a meeting, remaining all his life in Delft. 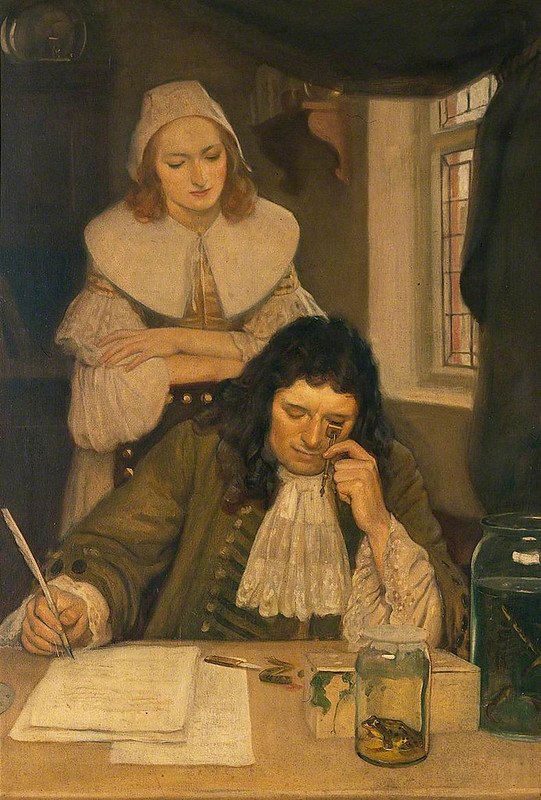 Here’s a story from Gizmodo, by Esther Inglis-Arkell, explaining Antonie van Leeuwenhoek’s role and iviting readers to Meet The First Man To Put Beer Under A Microscope:

The man in the picture [the same one at the top of this post] is considered the “Father of Microbiology.” He helped to discover and sketch microorganisms. When he turned his microscope on beer, he saw some of the most useful microorganisms in the world — but he failed to recognize them.

This man above is Anton van Leeuwenhoek, and he’s wearing an absolutely bitchin’ coat because he was a draper by trade. In fact, he draped so successfully that he managed to indulge his hobbies as he got older, one of which was lens making. Anton spent his days making powerful microscopes and sketching the objects he put in front of them. He discovered many things, the most interesting of which were animalcules, things that looked like tiny little animals. His sketches and descriptions, as well as his microscopes, jumpstarted the field of microbiology.

It wasn’t long before he turned his lens on beer in the process of brewing. It was 1680 when he first trained his lens on a droplet of beer. At the time, no one knew what it was that made hops, barley, and water turn into beer. Although they knew of yeast as a cloudy substance that appeared in beer after it spent some time fermenting, they were entirely ignorant of what it did; to the point where there were laws against using anything except barley, hops, and water in the beer-making process. Naturally, as soon as Anton looked at brewing beer he saw little circular blobs. He saw the way they aggregated into larger groups. He saw the way that they produced bubbles of what he thought was “air,” and floated to the surface.

Despite his obsession with microorganisms, he utterly failed to recognize them as life. These blobs, he believed, had come loose from flour. They aggregated into groups of six as part of a chemical process. Anton was fascinated by these groups of flour globs. He modeled them in wax, because he wanted to figure out the ways six globs could stick together while all being visible from above. This is his sketch of his models.

It took another 150 years before Charles Canard-Latour figured out that the “air” was carbon dioxide and the sextets of blobs hadn’t aggregated together, they’d grown. Archaeologists believe that beer was probably first brewed around 3000 BC. That means that we used an organism for nearly 5,000 years before we realized it even existed.

Although van Leeuwenhoek did write about the wood used in beer barrels: