Today is the birthday of Peter Grant Hay (July 9, 1879–August 29, 1961). He “was an Australian brewer, landowner, pastoralist and thoroughbred racehorse breeder. He founded the Richmond N.S. Brewing Co. Ltd. in Melbourne Australia,” which upon his death was sold to Carlton & United Breweries. “He is responsible for both the introduction of pasteurization to Australia’s dairy industry and the introduction of the Swiss Nathan System of brewing to Australia.” 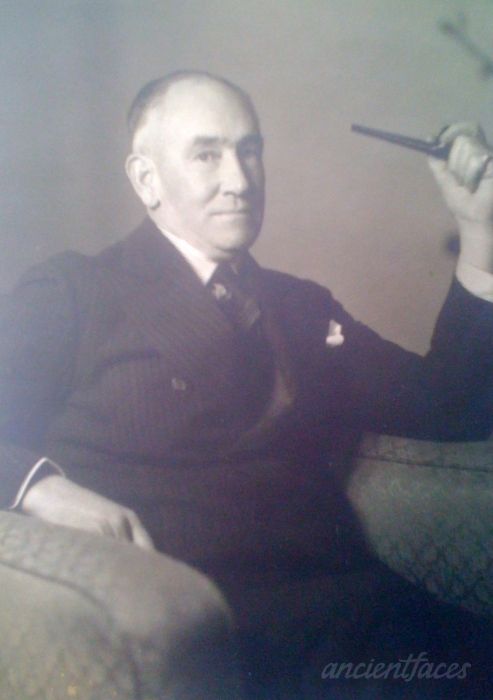 He then flew to Zurich and met with Dr Leopold Nathan, a Swiss chemist, who had invented a new brewing system. Grant Hay drove to Munich and attended Oktoberfest in the company of the Reinheitsgebot before the outbreak of war and returned to Australia.

By age fifty Grant Hay was already one of Victoria’s wealthiest hop merchants when the Victorian beer wars began in 1925. Carlton & United Breweries had grown into Australia’s largest brewer and began to use monopolistic practices of lowering the cost of supply to hop growers, including Grant Hay’s ‘Kentdale’ hops from the Derwent Valley. 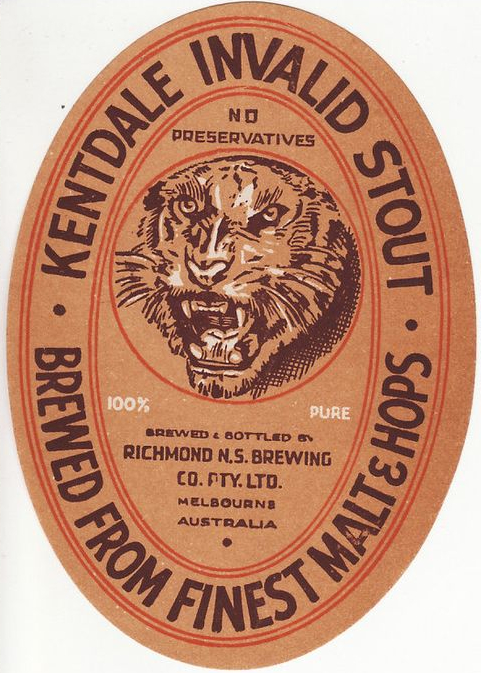 And this is a history of his brewery, the Richmond N.S. Brewing Co.:

The Kentdale Hop Estate was one of the finest properties in Tasmania. It was located fifty kilometres from Hobart and harvested thirty hectares of finest-quality hops. In 1927 a business disagreement took place between Grant Hay and Carlton & United Breweries over the price and quantity of hops, causing Carlton to cancel its contract with Kentdale.

Resentful of Carlton’s unfair business practices, Grant Hay proceeded to off-load his hops successfully to Carlton’s interstate rival, Tooheys. He then summoned a meeting of his hop estate managers from Bright in Victoria and the Derwent Valley in Tasmania for a meeting at Coulson Hay & Co. headquarters in Melbourne to establish his own brewery.

On 4 April 1927, Grant Hay wired a cable to Dr Nathan Leopold in Zurich, Switzerland for the order of the first Swiss Nathan Brewing System to be shipped to Melbourne and to be accompanied by Master Swiss Brewer, Heinrich Walter Haenggi of Zurich. Over the course of three months, Grant Hay proceeded to buy up five industrial sites adjoning his Church Street property. He then ordered a consignment of three thousand units of purified gin to be shipped from British Army headquarters in Lahore and resold the rebottled gin to American bootleggers in prohibition controlled Chicago, netting Coulson Hay & Co. a million pounds. The deal set Grant Hay up for life, and bankrolled the construction of the brewery.

On 13 August 1927, Grant Hay’s application for permit to build a brewery on the site at Church Street Richmond was approved by the Richmond City Council. Grant Hay then hired contractors to excavate the site in preparation of the brewery’s construction, when the excavation was delayed, Grant Hay proceeded to dynamite the site himself using three tonnes of dynamite.

On the morning of 23 August 1927, the sound of percussion could be heard as far away as Brighton, and was said to have woken the Mayor of Melbourne from his sleep. When nearby Richmond residents objected, Grant Hay sued the residents and offered to buy their homes. Eventually, council sided with the residents and sought an injunction against Grant Hay to the detonation, but Grant Hay won on appeal and continued unabated.

On 24 October 1927, Heinrich Walter Haenggi and his wife arrived at Port Melbourne aboard the SS Modolva bringing with them the single largest steel works consignment for disembarkation. Three transports were used to unload and deliver the Swiss brewing plant machinery and equipment to Church Street. Mr Grant Hay drove the Haenggi’s to their hotel in his new 1927 Packard Roadster and held a dinner in honour of their arrival at his home.

By Easter of 1928, the construction of the Richmond Brewery was completed and a toast was held on the assembly line by Mrs Grant Hay and included two hundred guests, from growers, hoteliers and workers. The brewery began its first run of Richmond Lager and Bitter Beer on 24 April 1928 with 88 dozen bottles of output per week which continued to grow to 200 dozen bottles of output per week by 1929. The quality of the beer, and the fact that it had been produced free of any combine commended the beverage to the public’s taste. With his own hop supplies, Grant Hay had lowered his costs of production and unit costs considerably. He then followed Courage Brewery’s example by purchasing his own pubs and hotel outlets across Australia, exclusively serving Richmond beer.

The Richmond Brewery was a remarkable success. By 1940 shipments of Richmond Lager were eagerly consumed in Melbourne, Perth, Sydney, Brisbane and Adelaide. By 1950 annual tunrover revenues in the Richmond Brewery had grown to almost three million pounds. Exports to India and Brazil soon followed, with the bottle labels Richmond Pilsener, Lager Bitter and Stout all sporting the illustrated Tiger’s head logo, designed by Mrs Grant Hay.

During World War II, Grant Hay negotiated the supply of Richmond Beer to Australian troops in North Africa and American troops stationed at Sandown Racecourse, which he owned. He also purchased land on Flinders Island in Tasmania where he stood Fourth Hand, winner of the 1927 Irish 2,000 Guineas and bred champion Australian racehorse Counsel, winner of the 1944 Caulfield Cup and champion American racehorse, Warra Nymph at Del Mar. Grant Hay also owned the seventy-two foot ketch, “Jane Moorhead” which was used by General Douglas MacArthur for the Allied troop landings in the Pacific.

By 1960 the brewery continued to prosper controlling sixteen per cent of Victorian beer sales and eight per cent of Australian beer sales nationally. Mr Grant Hay’s health was however deteriorating and no succession plan was put in place, despite his only surviving son. A charismatic autocrat and fierce business competitor, Mr Grant Hay would not allow the company to be controlled by anyone but himself. He refused to publicly list the company and repeatedly rejected merger offers from Courage Brewery and Carlton & United Breweries. 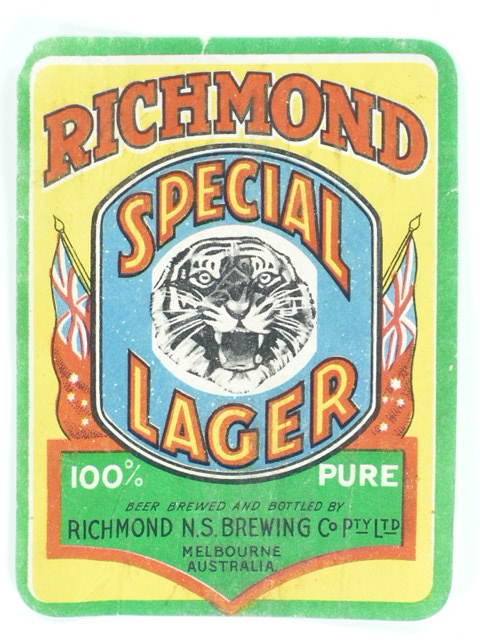 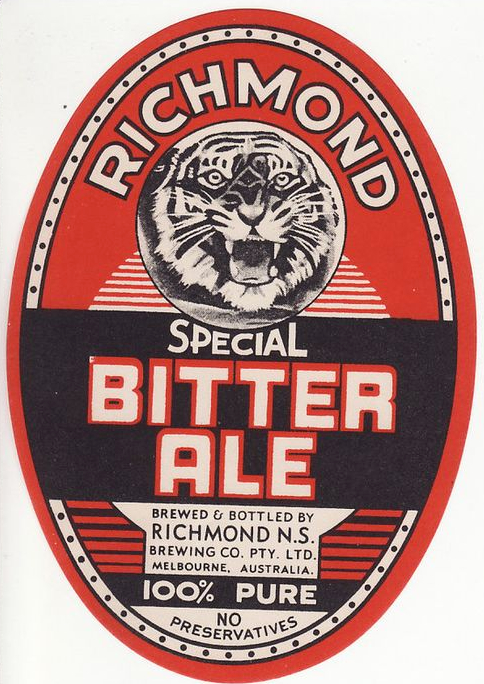 Here’s another history of Hay’s brewery from the Nathan Institute: 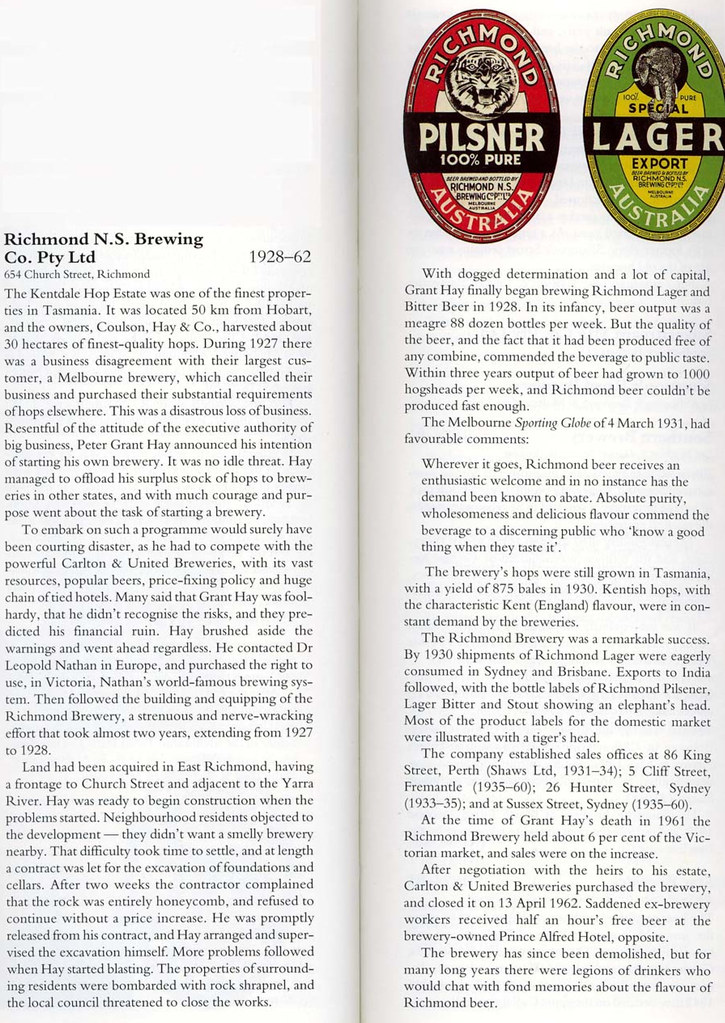 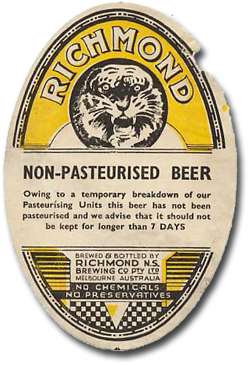 This must have been interesting….