Today is the birthday of Jinx Falkenburg, who was a minor actress in the 1930s-40s, but a major model. Originally a beauty queen from Barcelona, Spain (some accounts say Chile), her real claim to fame was being chosen as the first Miss Rheingold in 1939. By all accounts, the Miss Rheingold Contest evolved into one of most successful beer promotions of all time, and in its heyday was as popular as the Miss America Pageant. Women would be nominated and whittled down to six. Then the public would vote for their favorite. The winner was then the spokesmodel for Rheingold for the following year and her likeness was on their beer can along with a lot of their advertising.

The Rheingold Can featuring one of the Miss Rheingolds

This is from her Wikipedia page:

Her biggest breakthrough as a model came in 1940 when she was picked by New York-based Liebmann Brewery, maker of Rheingold Beer, to be the first “Miss Rheingold.” As the face for its marketing and advertising campaign, her image graced countless billboards across the U.S. and she was featured in promotional ads at every store that sold Rheingold. Her face and the campaign were an advertising executive’s dream come true. Rheingold was suddenly the top brand in New York City. 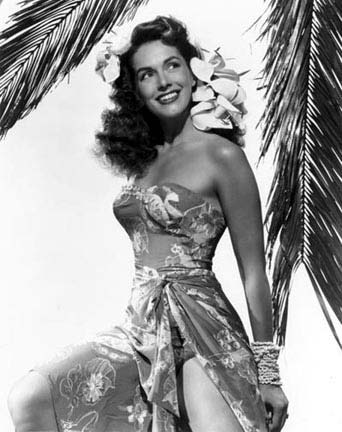 Falkenburg was probably the highest paid model in the 1940s, and if not the highest, then certainly one of them, making her essentially one of the first supermodels. 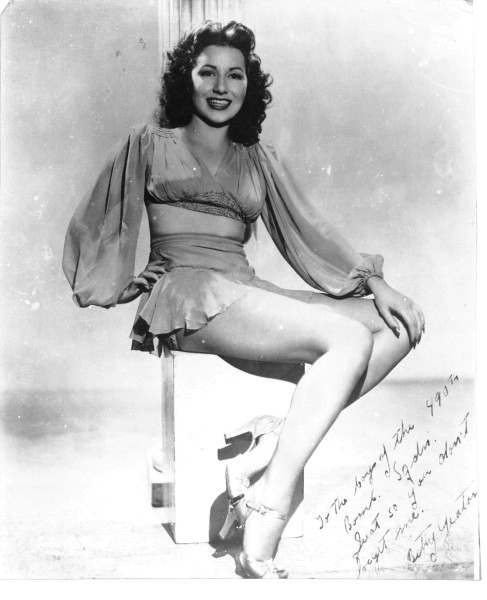 Here’s one of her ads she did for Rheingold beer, from 1941. 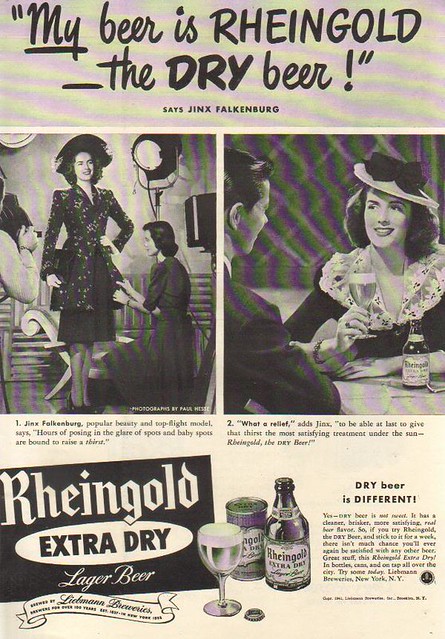 Jinx married Tex McCrary, who “was an American journalist and public relations specialist who invented the talk show genre for television and radio, and appeared on radio and TV with his wife, Jinx Falkenburg.” Below is an ad for Rheingold they did together in 1950. 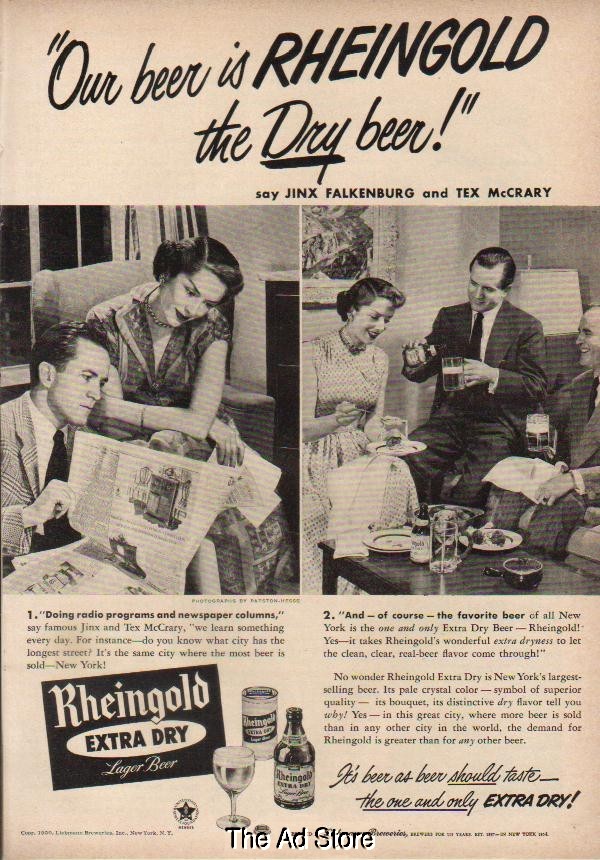 The couple actually did celebrity endorsements ads for a number of different products, including another beer company. In 1941, they appeared in this ad for a rival New York beer, the Jacob Ruppert Brewery. 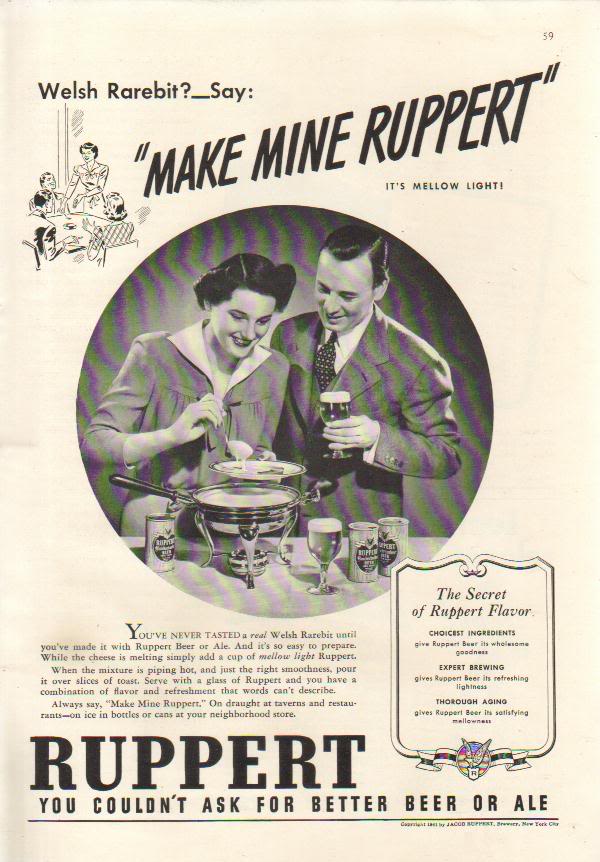