You are here: Home / Beers / Join Me For A Beer Dinner At Anchor With Sierra Nevada

Join me for a five-course beer dinner at the Anchor Brewery in San Francisco celebrating Sierra Nevada Brewing‘s 30h anniversary and the release of their first collaboration of the year, Fritz & Ken’s Ale, which is a stout. 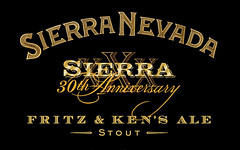 There are only five seats left for the beer dinner, which will take place on April 1 (no fooling). Here are the particulars.

Join two of the original craft-brewing pioneers for an intimate one-night-only celebration of beer and food at the historic Anchor Brewery in San Francisco. Anchor Brewing’s Fritz Maytag, and Sierra Nevada’s Ken Grossman will be celebrating the release of their collaboration beer, Fritz and Ken’s Ale, in honor of Sierra Nevada’s 30th anniversary. Come and join us for a 5-course dinner packed with unique rare and vintage beers, seated amongst the kettles in the legendary Anchor brewhouse.

$100 tickets, limited to 60 seats, no tickets available at the door. 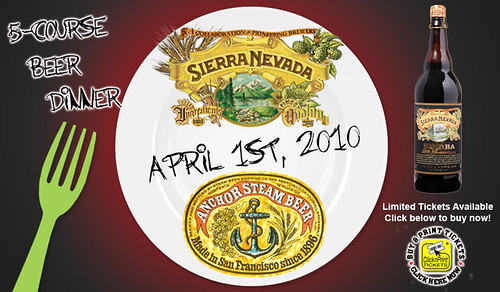 Tickets must be purchased online, they won’t be available at the door. You can get them at ClicknPrint Tickets. I’ll see you there. 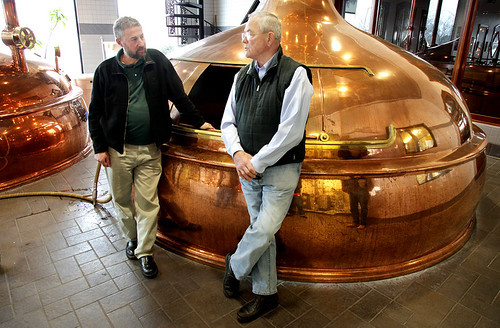 Ken Grossman and Fritz Maytag in the Anchor brewhouse, where the dinner will be held next Thursday.