Today I had a great experience that’s been a few months in the making. Last October, one of my newspaper columns was about the 35th anniversary of the date in 1976 when New Albion Brewery, the first modern microbrewery built from scratch, was incorporated by Jack McAuliffe. A homebrewer and beer collector in San Jose, Ed Davis, read my piece in the San Jose Mercury News and contacted me with an intriguing proposal. He had some full bottles of New Albion beer — Ale, Porter and Stout — and did I know anyone who might be interested in them? Obviously, I knew at least one person — me! — and I suggested that it might be fun to open them with Don Barkley, who would been involved in their creation, since he had been the assistant brewer there. Finding a day we were all available took some time, but today Ed and I traveled to Napa to Napa Smith Brewery and met with Don Barkley, who’s now the brewmaster there. But in addition to working at New Albion, Don also founded Mendocino Brewing during his illustrious career, before building and running the new Napa brewery.

Ed told me he’d bought the beers originally at Beltramo’s around 1979 and they’ve been stored in his garage ever since. While they were stored at a slightly higher than cellar temperature, the temperature was relatively consistent and they hadn’t been moved in all that time. 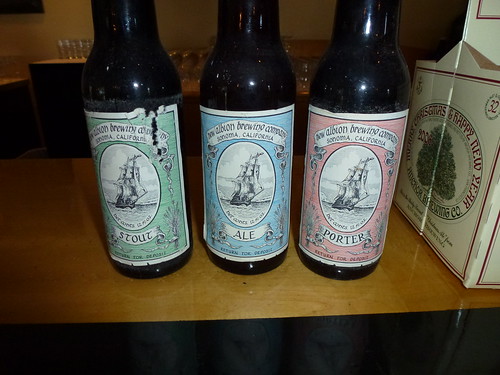 Ed brought one bottle each of Stout, Ale and Porter. 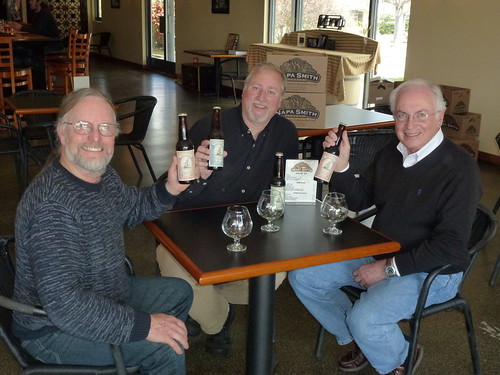 Don Barkley, me and Ed Davis each with a 1979 bottle of New Albion beer, that Ed was kind enough to donate to the cause. 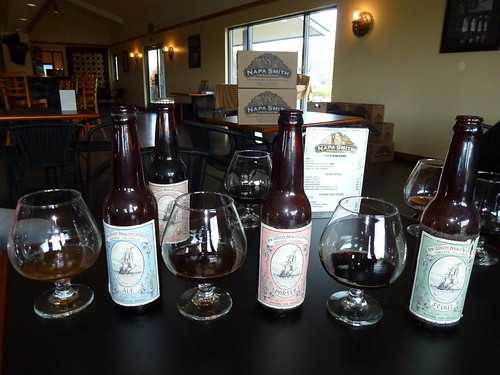 Each of the three beers and their bottles.

Below is a short video (about 14 minutes) of the three of us opening and tasting the three beers. 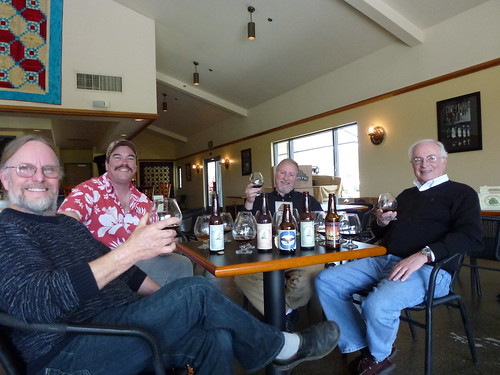 After the tasting, Don, Napa Smith lead brewer Michael Payne, me and Ed.

In addition to the New Albion beers, Ed also brought a few additional treats, too. 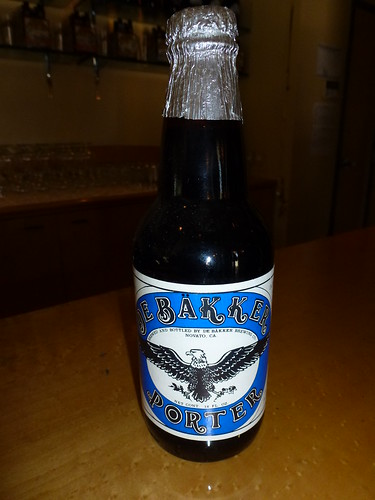 A bottle of DeBakker Porter. DeBakker was a short-lived brewery (1980-82, I believe) that was located in my hometown of Novato, California and was started by a fireman, Tom DeBakker, who had been a homebrewer for about a decade before he opened the brewery. 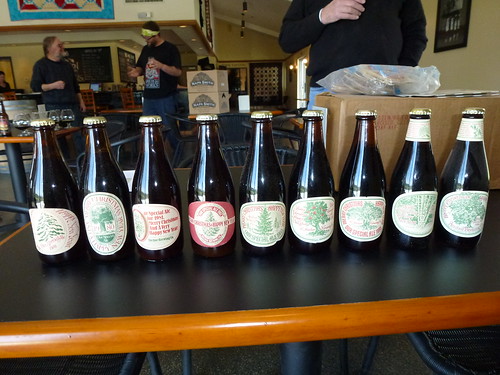 What a great way to spend a Friday afternoon! I wish all my Fridays could be as enjoyable. The DeBakker porter also held up quite well, it still had a fair amount of carbonation with chocolate notes. The Anchor beers were a mixed bag, some were still terrific, others were past their prime though none were strictly speaking undrinkable. Some of the spicier ones were still showing those spices, though a few of the earlier ones were oxidized, at least a little. The real surprise, of course, was how well the New Albion beers had held up after 33 years. They were bottle-conditioned, which probably helped, but still I expected them to be in worse shape than they were. I think we all thought that, but we were pleasantly surprised. I could stand to be surprised like that more often. Thanks, Ed, for being able to not open those beers for over thirty years and for sharing them with us today. It was like opening and tasting a piece of history.