Today in 1957, US Patent 2806217 A was issued, an invention of Friedrich Schmatz, for his “Apparatus For Clarifying Brewer’s Wort.” There’s no Abstract, although in the description it includes this summary:

This invention relates to an apparatus for clarifying brewers wort.

Especially this invention refers to a process for clarifying the wort discharged from a straining vat by means of drain pipes communicating with a standpipe, drain taps being provided in the drain pipes substantially under the straining vat.

It is an object of the invention to eliminate this disadvantage so that the wort will remain substantially clear after changing the taps from the clarifying trough to the drain pipes. 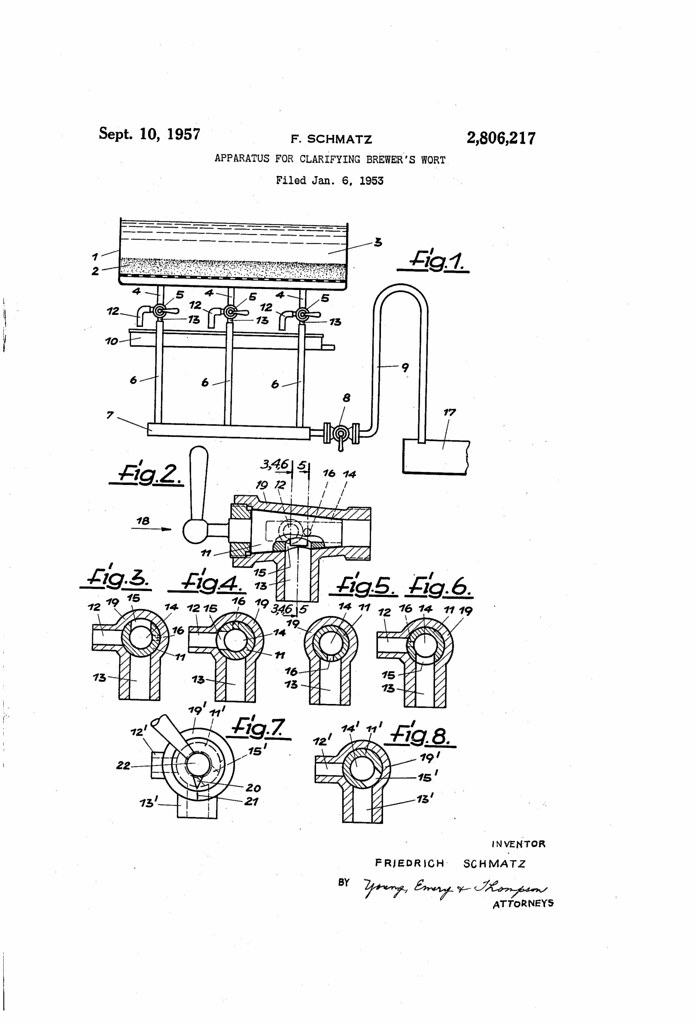