Today in 1884, US Patent 302282 A was issued, an invention of Johann Pusch, for his “Apparatus for Racking Beer.” There’s no Abstract, although in the description it includes this summary:

My invention relates to an improved hermetic apparatus for racking beer, and is designed as an improvement on the apparatus described in Letters Patent No. 274,516, granted to me March 27, 1883.

As in the apparatus described in the above, named Letters Patent, the object of this invention is to effectually prevent the escape of the carbonic-acid gas contained in the beer during the process of racking; and the improvements herewith made consist, first, in the novel means employed in connection with the barrel-platform for raising and lowering the same; second, in the novel means for clearing the supply-pipes of all beer after the barrel is filled, and, third, in the novel bung-feeding mechanism, all as will be fully described and claimed. 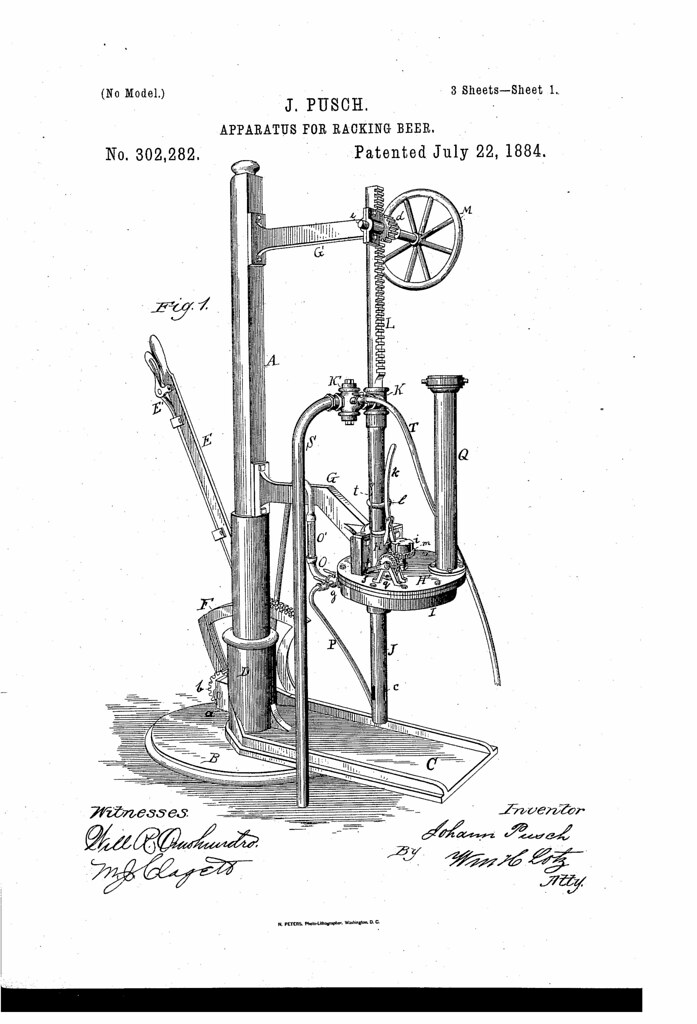 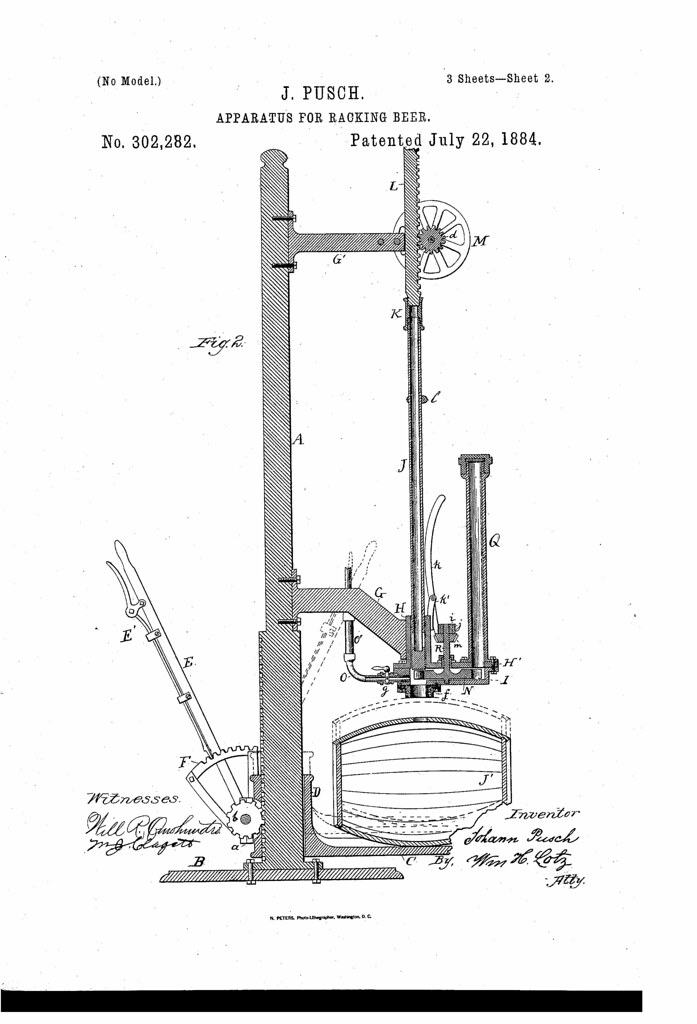 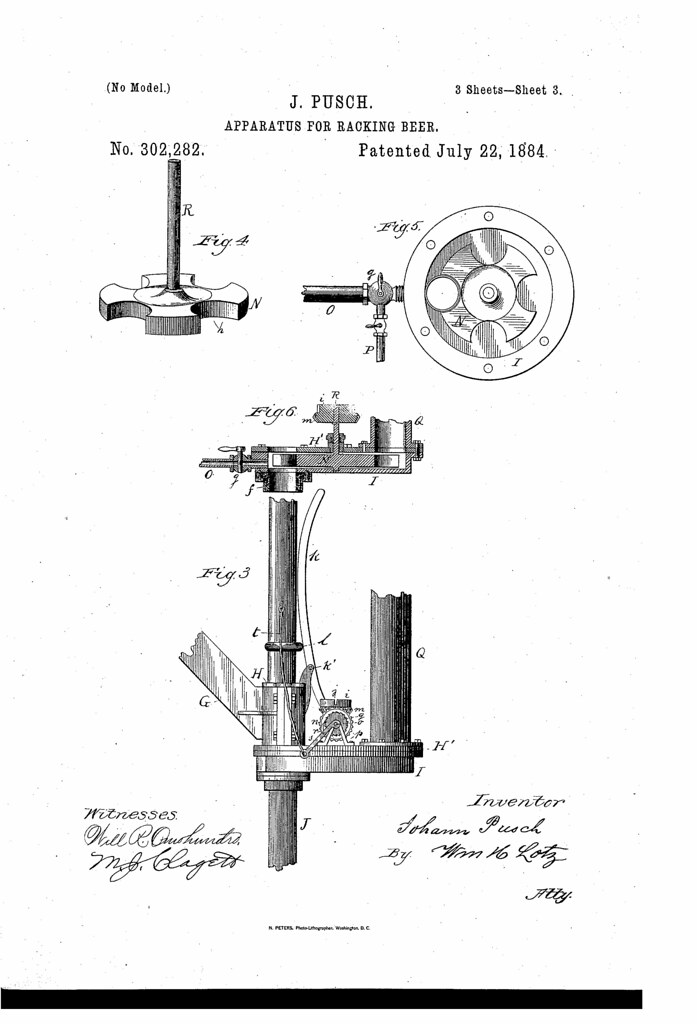