Today in 1964, US Patent 3161522 A was issued, an invention of John Compton, for his “Continuous Lautering Of Brewer’s Wort.” There’s no Abstract, although in the description it includes this summary:

This invention relates to a method of lautering, i.e., straining and recovery of wort liquid from mash grains in the brewing of beer. Lautering has been one of the most critical of the numerous operations involved in brewing and has heretofore required a great amount of skill and experience on the part of the operator to produce quality beer without lost time.

This method may generally be defined as a method of continuous lautering which comprises the steps of feeding a mixture of grains and wort liquid from a mashing operation in a brewing process onto the upper flight of a moving continuous perforated belt at a point adjacent one end of said upper flight, regulating the speed of said belt, and the rate of feed of the mash thereon to, to form a filtering bed of grains on said belt, collecting a filtrate of clear wort liquid which has passed downwardly through said grains and through the upper flight of said perforate belt, subjecting the filtering bed to water-spraying to sparge out residual sugar values and removing said bed of grains from said belt in the region of the other end of said upper flight. 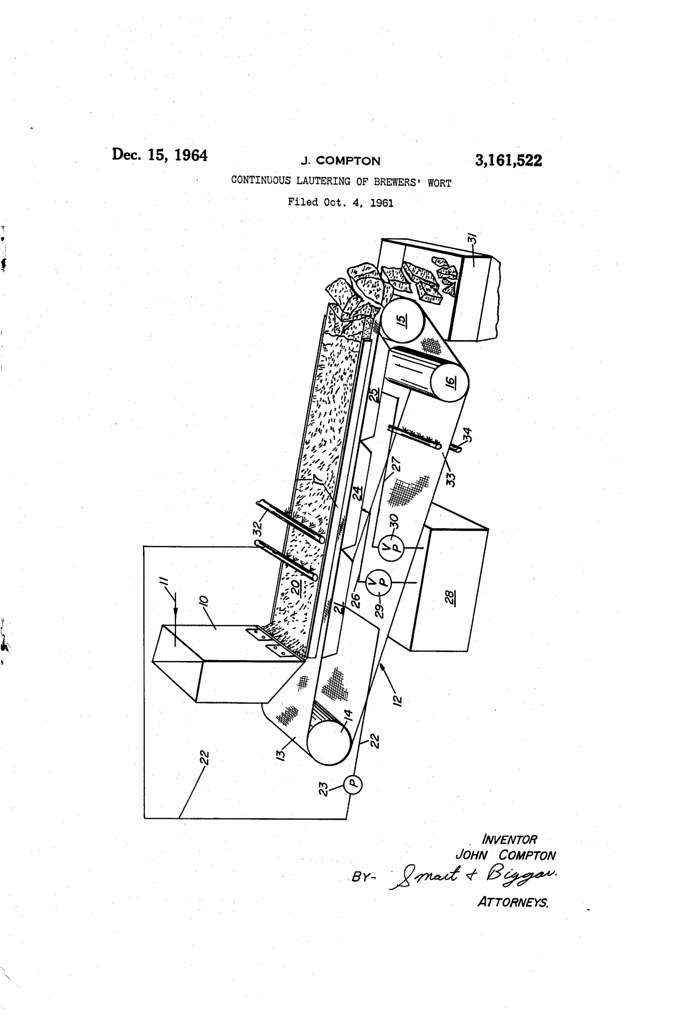