You are here: Home / Beers / Patent No. 3207606A: Continuous Fermentation Process For Beer Production

Today in 1965, US Patent 3207606 A was issued, an invention of Rees Philip Williams, assigned to Brewing Patents Ltd., for his “Continuous Fermentation Process for Beer Production.” There’s no Abstract, although in the description it includes this summary:

This invention relates to the manufacture of beer, and more particularly to the fermentation of Brewers Wort.

The present invention stems from the discovery that a continuous through flow of liquid is compatible with a sutficient period of dwell time in each phase of fermentation to enable that phase to be carried out in isolation from the other phases, and the object of the present invention is to provide a process for the continuous fermentation of wort, with the attendant advantages of relatively smaller vessels and a higher production rate.

The process of the present invention makes use of the same materials and the same times and temperatures as are used in the conventional batch processes, but with the advantage that there is a continuous through flow of the materials from one end of the apparatus to the other.

This continuous through flow has very considerable advantages. Firstly, it is relatively simple to make the apparatus in a closed state so that once it has been rendered sterile, and if sterile materials are used to feed it, there is no further possibility of infection arising. The apparatus can be used continuously for relatively long periods so that cleaning operations are reduced. The beer produced can be checked and correction of activity and temperature can be introduced while the process is in action. Above all, relatively very much less space is required for a continuous flow apparatus to produce for example 168 barrels of fermented beer in one week.

The process does not involve a new kind of fermentation with novel stages of working or novel chemical reactions. On the contrary, the conventional reactions are carried out with the conventional materials for the conventional periods of time allowed in batch operation, but the entire process is carried out with continuous through flow. It has not hitherto been suggested in the art to select comparative volumes for the vessels to give the required relative dwell times for the various phases of fermentation. It is well known to those skilled in this art that the times and temperatures of the conventional operation cannot be altered to any great extent and it is probable that batch operation has continued to be vused for fermenting the wort, in spite of the inherent disadvantages of batch operation, because it was not throught possible to carry out the process as a continuous process. 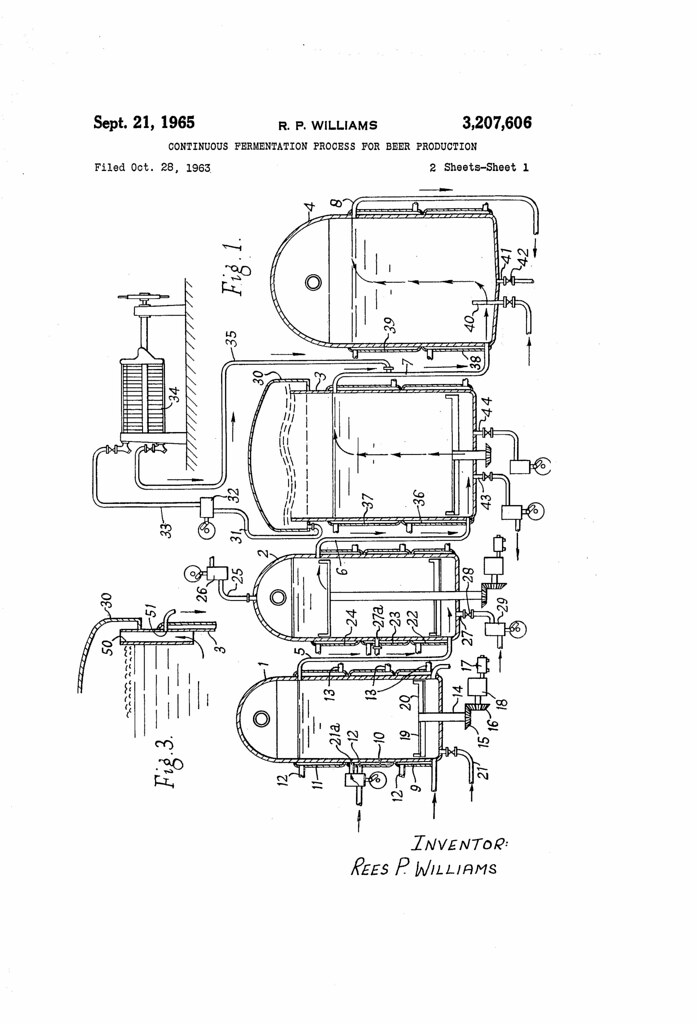 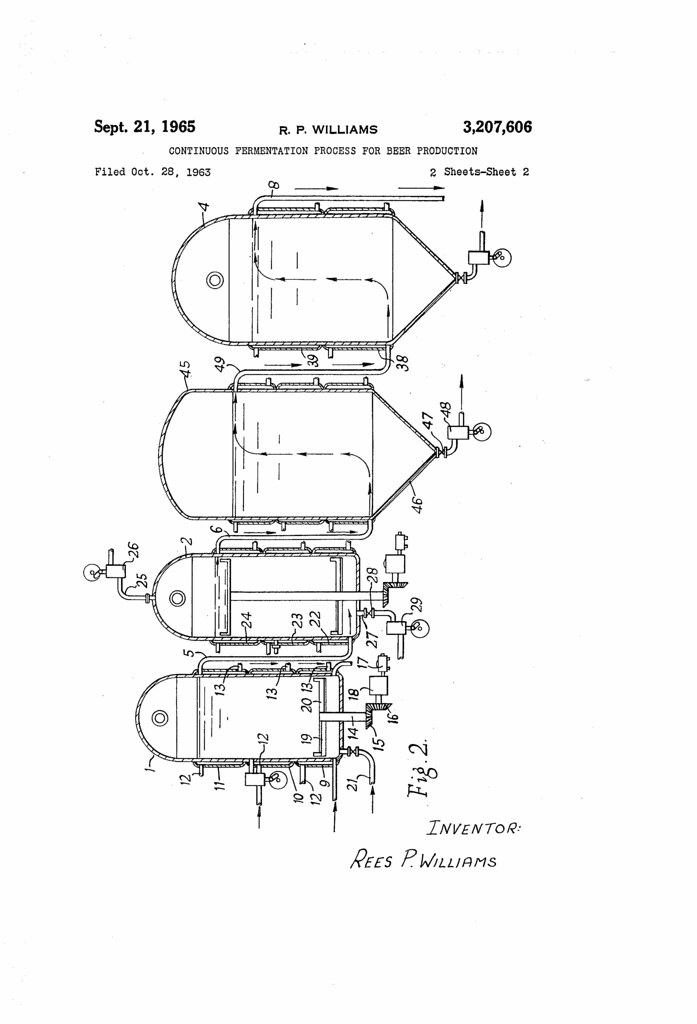