Today in 1892, US Patent 476652 A was issued, an invention of John Kass, for his “Beer-Racking Trough.” There’s no Abstract, though the description in the application states that he’s invented “a new and useful Beer-Racking Trough,” adding:

My invention relates to beer-racking troughs for barreling beer as the same is taken from reservoirs or vats; and the objects in view are to provide an apparatus of cheap and simple construction adapted to support barrels or kegs during the operation of filling the same, to so construct the apparatus as to permit of observation of the beer during the operation and for conveniently discharging the barrel at the end of each filling and bunging, to facilitate the changing of the position of the pipe with relation to the barrel, and to prevent waste of the beer or contact of the same with the person of the operator during the operation. 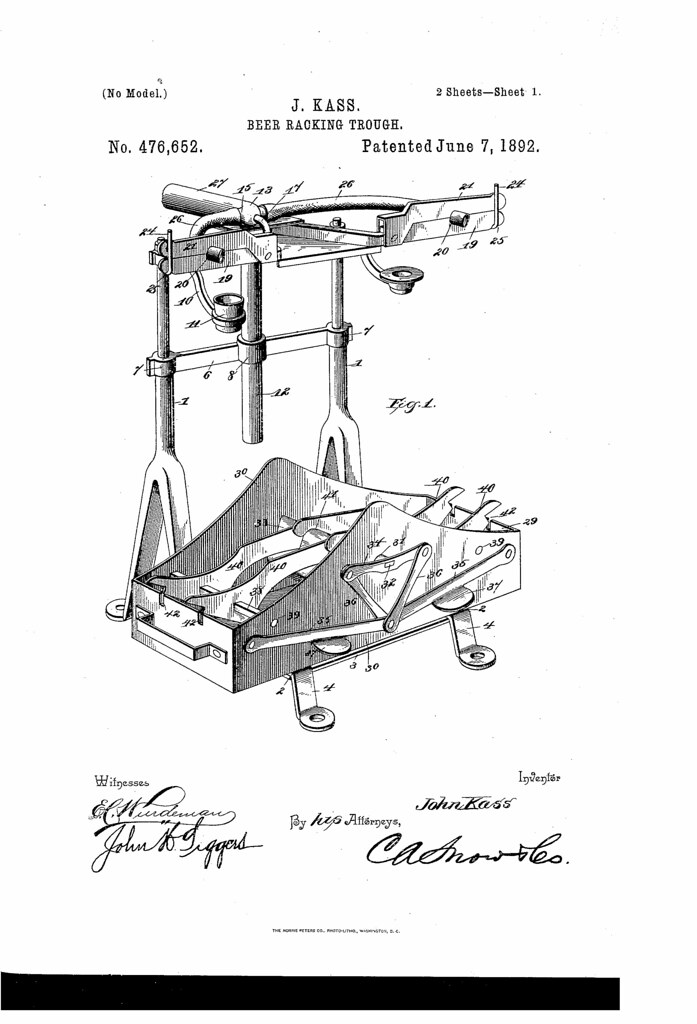 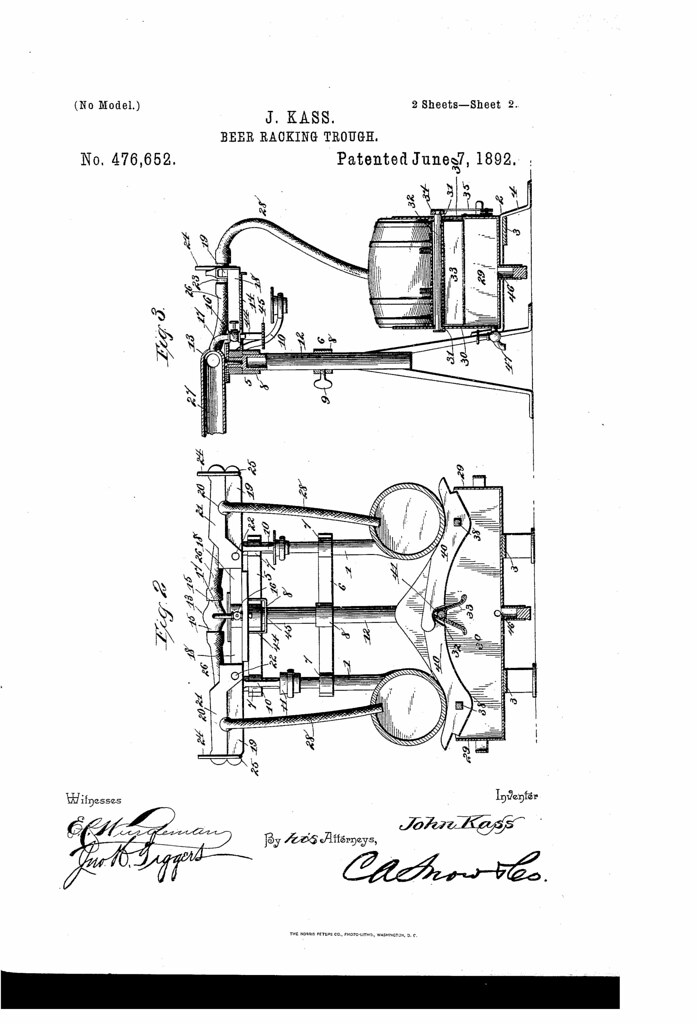