Today in 1893, US Patent 511600 A was issued, an invention of Everett Ellis, for his “Bottle and Stopper Therefor.” There’s no Abstract, although in the description it includes these claims:

This invention relates to certain new and useful improvements in beer bottles and cork Stoppers therefor; and it consists substantially in such features thereof as will hereinafter be more particularly described.

In all manner of beer bottles heretofore employed in which cork-Stoppers are used it has been necessary always to employ a cork-screw or other implement for withdrawing the cork or stopper after the same has been forced or expanded into the bottle by any of the usual well known corking machines for the purpose. `The use of a cork-screw or other implement for extracting the cork or stopper is always attended with a great deal of trouble and inconvenience, besides wasting lots of time in many instances, and some forms of which are expensive as for instance that form of device usually applied to counters and which are designed to extract and cast away the cork by one movement of lever or handle.

The object of my invention is to provide a bottle and stopper therefor which shall enable the withdrawal of the latter from the bottle without the aid or use of any manner of cork-screw or other additional or outside device or implement whatsoever, thereby enabling beer or other similar liquids or fluids to be corked up in bottles all ready for use, and ready to be opened by a simple operation of the hand. 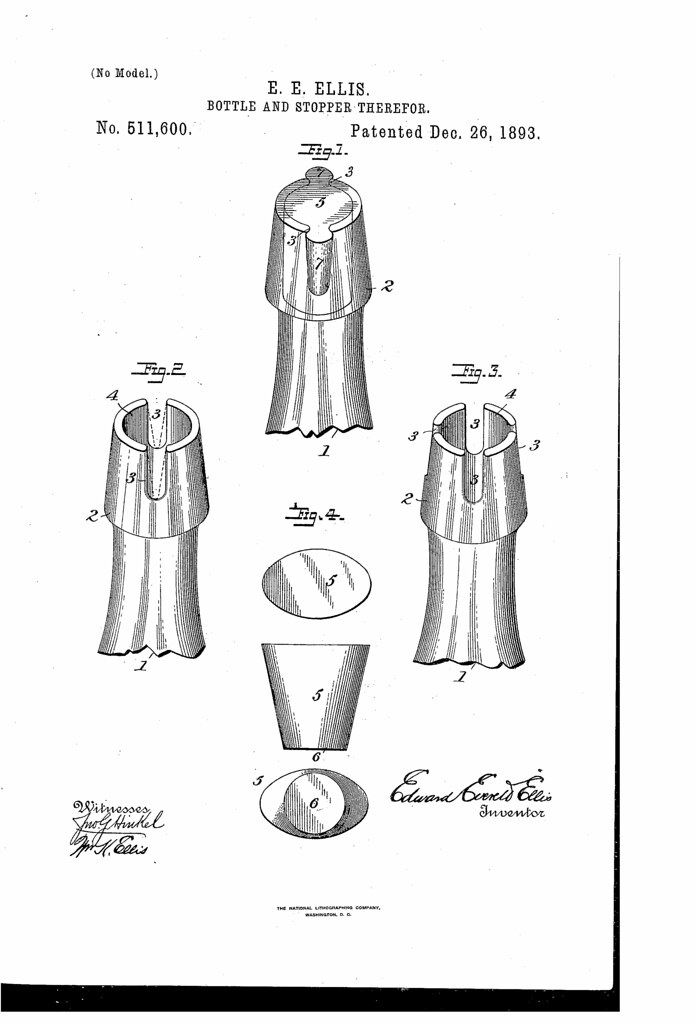