Today in 1895, US Patent 533747 A was issued, an invention of Otto Ritter, for his “Beer-Cooling Device.” There’s no Abstract, although in the description it includes this summary:

My invention relates to a beer cooling apparatus, the object of my invention being to so construct an apparatus as that when the wort or beer is passed through said apparatus it will operate a fan, which fan by its rotation sprays and cools the beer.

A further Object of my invention is to so gear the fan upon the central shaft as that said fan will rotate with greater rapidity than does the shaft.

My improved beer cooling apparatus is adapted to be located in an inclosure which is generally located in the top of brew houses, the beer being forced to said inclosure by a pump, or other suitable means, there to be passed through the apparatus and into the vats or pans adapted to receive it.

My invention consists in a suitable hollow casting adapted to besnpported in a position above the beer cooling receptacle, a shaft mounted vertically in said casting, a series of discharge nozzles or apertures located in said casting, a motor or turbine-wheel mounted to receive the beer that is discharged from said nozzles or apertures and to be revolved by the pressure of the beer, anda fan driven by and located below the said motor or turbine wheel in position to receive the beer sprayed above said fan by the movement ot’ said parts. 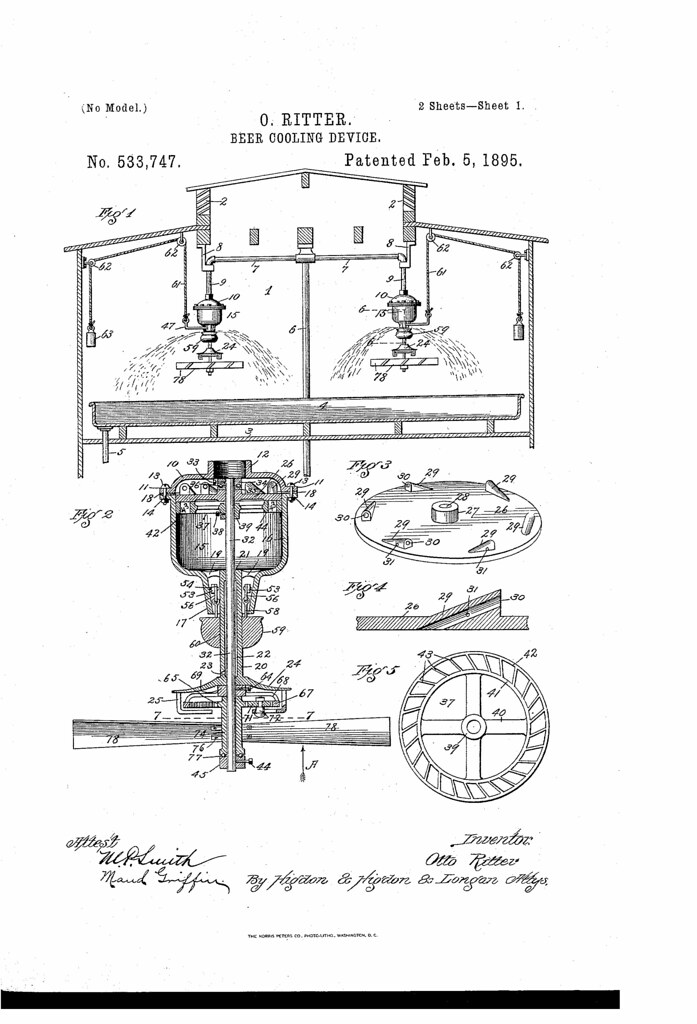 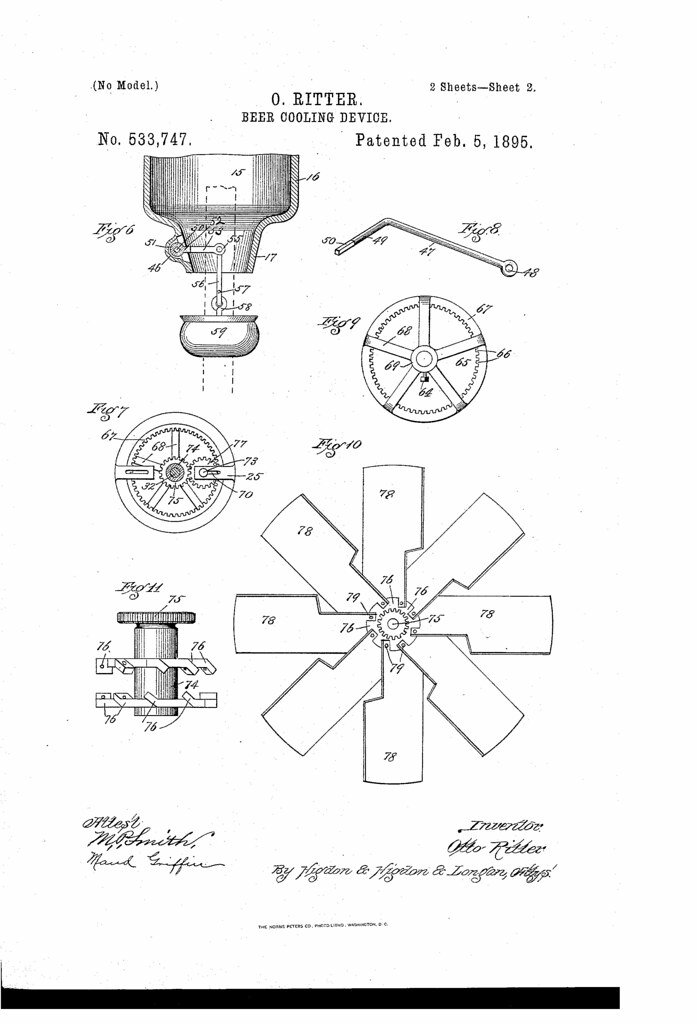