You are here: Home / Beers / Patent No. 5555992A: Double Hinged Opening For Container End Members

Today in 1996, US Patent 5555992 A was issued, an invention of William A. Sedgeley, assigned to the Coors Brewing Company, for their “Double Hinged Opening for Container End Members.” Here’s the Abstract: 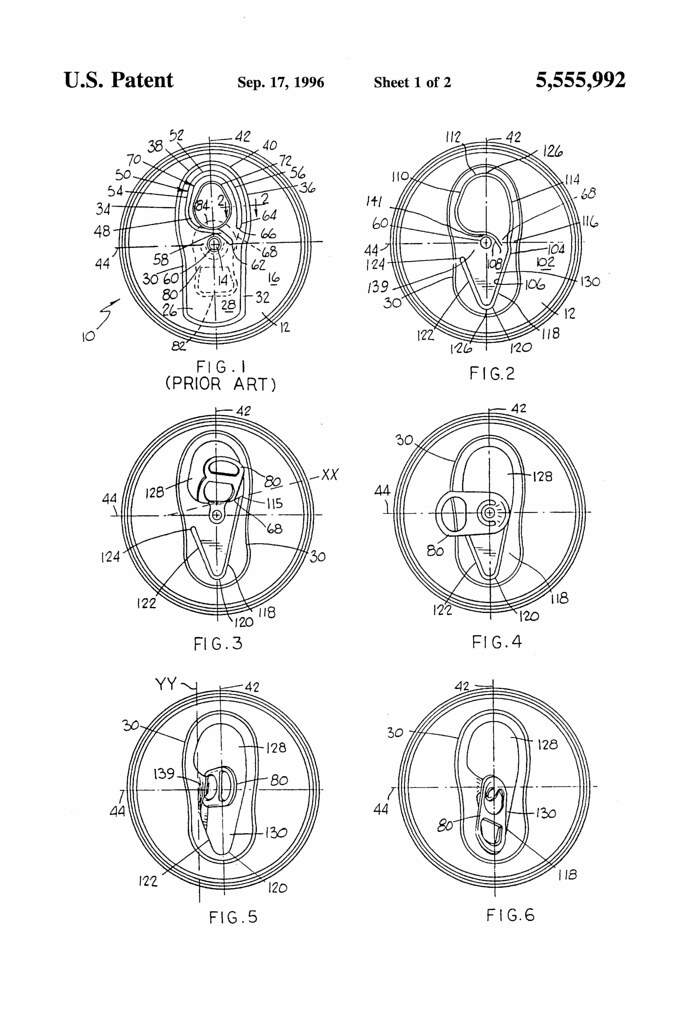 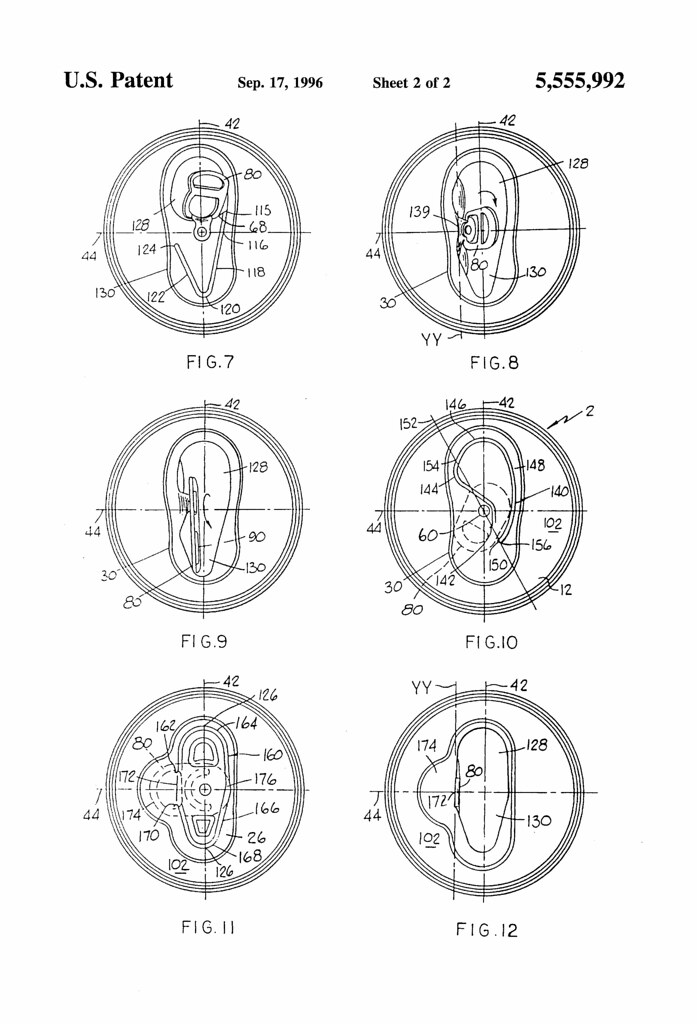