Today in 1907, US Patent 888995 A was issued, an invention of Emory J. Godman, assigned to the Sterling Seal Company, for his “Bottle-Sealing Cap.” There’s no Abstract, though it’s described this way in the application:

My invention as hereinafter more particularly described, consists in providing the edge of the skirt of the sealing cap with a flat horizontally-extending corrugated flange, and in the sealing operation, indenting the skirt at a point above and independently of the flange so as to bring the inner surface of the skirt at that point slightly under and in contact with the shoulder of the bottle head. 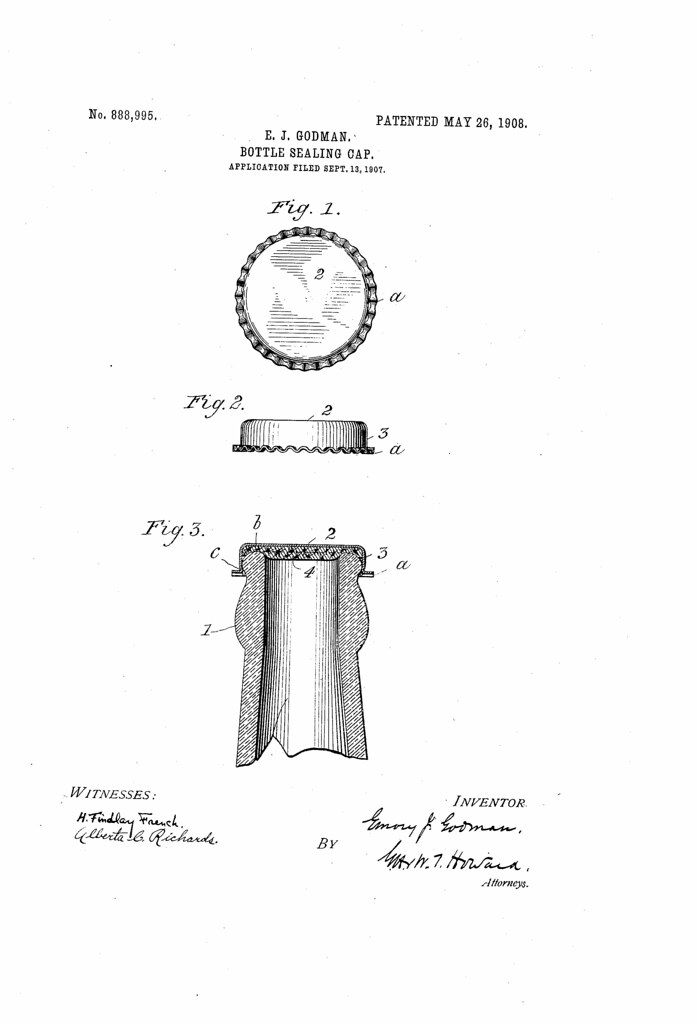