Today in 2010, US Patent WO 2010043235 A8 was issued, an invention of Patrick Accristo, Michel Aubanel, Cyril Denis, Dave Mawby, Matthew Servini, Nilabh Singh, and John Terry, assigned to Cargill Incorporated, for their “Post Fermenting Optimizer (PFO) for the Preparation of Beer.” Here’s the Abstract:

The present application relates to a method of preparing a beer or beer-like beverage by adding a Post Fermenting Optimizer (PFO) in form of an infusion of roasted malt or a distillate thereof after fermentation. This addition of PFO provides the beer or beer-like beverage with additional body, base flavour and/or top notes. The present invention relates also to the PFO infusion itself, its distillate, the methods for preparing them and their use for reducing staling during beer or beer-type product shelf-life. 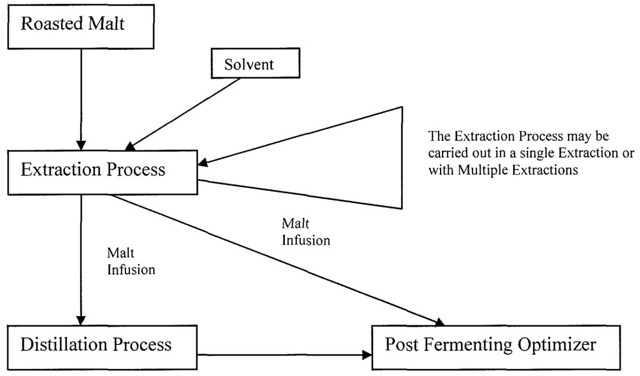