You are here: Home / Beers / Russian River Brewing To Get New Brewhouse

Well this is great news for Russian River beer lovers. I got the news last night that the Santa Rosa brewery will be getting some key new brewing equipment, installing a new brewhouse to replace the current one. The last brewhouse was installed in 2008, when they built their production brewery, increasing annual production from 3,000 barrels to 14,000 barrels, a 466% increase. In February of next year, they’ll be swapping out the old one to install a 4 vessel 50-barrel brew house from AAA Metal Fabrication in Oregon. So how to make beer while the new kettles are being installed? Here’s how, from the press release:

Since this is an equipment swap, there will be no way to brew at their production brewery for about a month. This will not only affect beer sales at their pub, but wholesale distribution since all packaged beer is brewed at this facility (Pliny fans should be gasping right about now). Alas, have no fear! Vinnie and Natalie’s good friends at Firestone Walker Brewing Company have graciously offered to brew several batches of Pliny the Elder to keep the beer flowing during this downtime at Russian River! Firestone Walker will brew Pliny the Elder for draft distribution only, and bottled Pliny will continue to come from Russian River through existing inventory in their fermenters. Vinnie will be working closely with Brewmaster Matt Brynildson to dial in the Pliny recipe in an effort to maintain flavor consistency. If you are at all familiar with the Firestone beers, you know their brewing practices and quality are already first class!

Vinnie and Natalie are grateful to their friends at Firestone Walker for helping them out during installation of the new brew house in February. It’s not exactly like borrowing a bag of malt! The ability to have an uninterrupted supply of draft Pliny the Elder for their wholesale partners and, especially, consumers is invaluable to them and the brewery. This is a true testament to the continued collaborative spirit and friendly nature of the Craft Beer Industry.

No word on when the swap is expected to be completed but the new shiny brewhouse will allow them to keep making great beer. 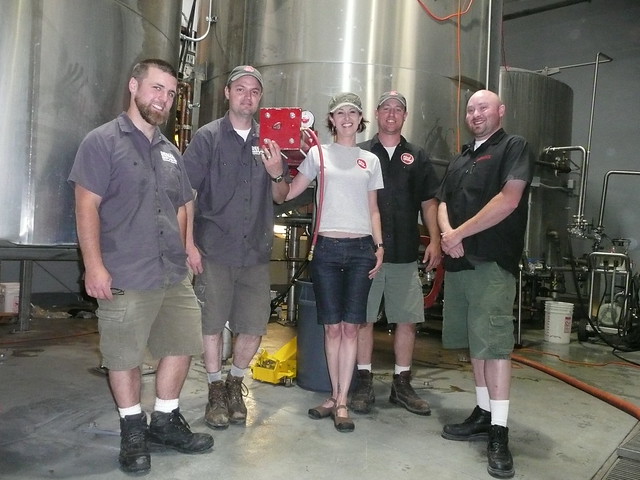 Here’s the Russian River crew in front of the old system, shortly after it was installed in 2008. As noted in the press release, Vinnie and Natalie bought it from Dogfish Head, but Sam Calagione in turn got it from Henry Ortlieb, a fourth generation brewer in the Ortlieb family, who as you can see, had it built in 1997 when he opened Poor Henry’s Brewery and Pub. 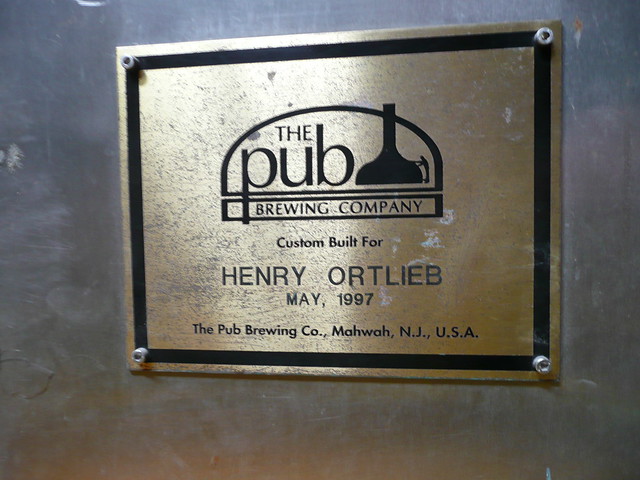