Sierra Nevada Brewing announced today that Scott Jennings has been named the head brewer for their new brewing facility near Asheville, North Carolina. Jennings has been brewing for Sierra Nevada since 2001, and in addition to his role as Research and Development Head Brewer, he also ran the brewing side of Beer Camp, which is where I first met Scott a few years ago. 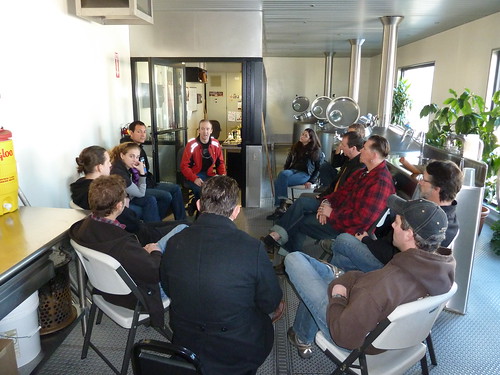 Scott (in the glowing red jacket) discussing what beer to brew at Beer Camp #41.

“Scott is an incredible asset to Sierra Nevada,” said Brian Grossman, co-manager of the North Carolina brewery. “He’s had his hand in developing some of the brewery’s most popular beers, and has been instrumental in the creation and innovation that has stemmed from the beers in our Beer Camp program. His technical brewing skills are first-rate, as is his ample creativity. Under his brewing leadership, our North Carolina location will be in great hands.”

Scott joined Sierra Nevada in 2001 after visiting apprenticeships with Young & Co.’s Brewery Plc. “The Ram Brewery” in London. He holds a Certified Brewmaster certificate from the prestigious brewing institute VLB Berlin, and specializes in technical brewing and recipe development. Working under Steve Dresler, Sierra Nevada’s longtime Head Brewer, he did the primary recipe formulation for popular Sierra Nevada beers: Kellerweis, Ruthless Rye IPA, the Ovila Abbey Ales series and countless limited edition, Beer Camp, and small-batch beers. Steve Dresler will remain as Head Brewer in Chico, and Scott’s new position will oversee all of the brewing, fermentation, and filtration at the new Mills River facility and will be instrumental in commissioning the new brewhouse.

In January, Sierra Nevada announced that it was expanding its brewery with a second facility located in Mills River, North Carolina. Once online, this new facility will provide needed capacity for the brewery and will help facilitate distribution to customers across the eastern United States more quickly and with a smaller environmental footprint. The facility is expected to employ more than 100 people, and be operational by spring 2014.

Congratulations to Scott on his promotion. 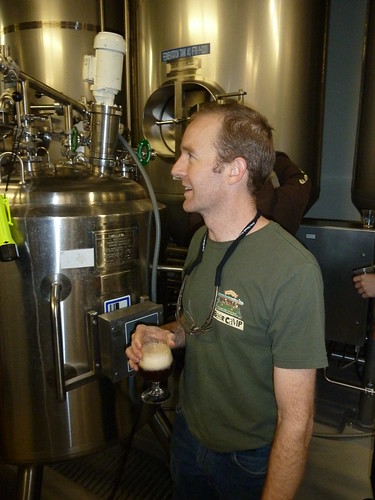 Scott Jennings tasting us on Ovila Dubbel from the tank, months before its offical release.