Today in 2007, US Patent WO 2007102850 A1 was issued, an invention of Russell J. Klisch, assigned to the Lakefront Brewery, for his “Gluten-Free Beer and Method For Making the Same.” Lakefront Brewery developed this patented for their beer New Grist. Here’s the Abstract: 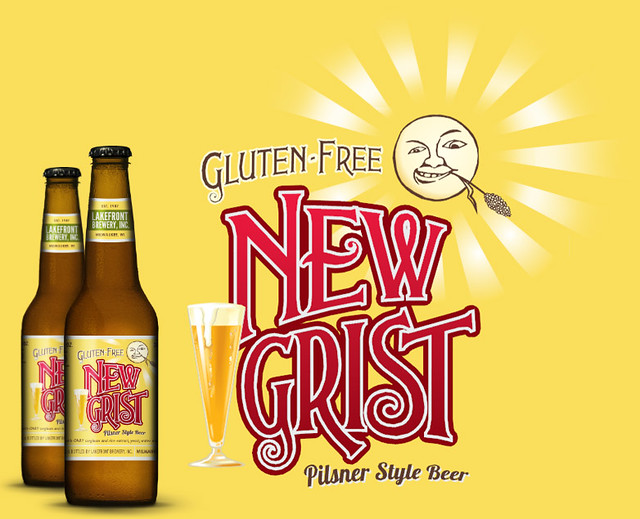 I first became interested in gluten-free beer, and gluten-free generally, when my son was diagnosed as autistic. The autism spectrum is very wide and as my wife and I learned all we could about it, we discovered that many kids with ASD have what’s called a “leaky gut” which causes abdominal and/or intestinal problems. It is often treated by modifying their diet and restricting glutens, among other things, like caseins. As it happened, Porter never developed that symptom so it was never something we had to deal with, but it stuck with me.

So when Celiac Disease (CD) started becoming more common, and with it gluten-free diets, I was immediately intrigued by the idea of gluten-free beer. I attended a seminar at a Craft Brewers Conference four years ago on gluten-free beer and was surprised to find it standing-room only. Obviously, I was on to something and wrote an article for New Brewer magazine in 2006. In the course of researching the story, I discovered that Anheuser-Busch was developing a gluten-free beer, to be named Redbridge. I obtained a bottle from a test batch from UC Davis professor Michael Lewis, who I also discovered had recently developed CD himself. At that point, only three or four gluten-free beers were being packaged, though many other breweries were experimenting with draft versions.

But here’s the other weird thing I discovered, which was that these beers were not allowed to say “gluten-free” on the label. In Europe they’d adopted a standard as early as 2000, but the U.S. didn’t have one. Here’s what I wrote at the time:

What makes a product gluten-free is not without controversy, however. Generally, of course, it means products without glutens. But as with N/A beers, some trace amounts may be acceptable. The EU, in the Codex Alimentarius, adopted standards in 2000 that “gluten-free” could have either 20 ppm or 200 ppm, depending on the method of manufacture and the raw ingredients selected. The U.S. has not yet established a standard. In July of 2004, Congress passed the Federal Allergic Labeling and Consumer Protection Act, which required the FDA to write a definition of “gluten-free” for labeling. To date, they have not yet done so.

This means that currently beers cannot have “gluten-free” on the label. The TTB is presently waiting for the FDA’s definition, which they are currently working on with celiac organizations and other interested parties. Brewers currently work around this using marketing materials and through distributors and retailers, since they may put “gluten-free” on shelf talkers and the like.

So apparently we had to wait through the Bush years — five years — for the FDA to decide, which as of Monday, what they decided finally went into effect. According to the USA Today’s account:

Brewers of gluten-free beers have until Jan. 1, 2012, to begin adding nutrition labels to their products, including a declaration of major food allergens, which includes wheat. That’s the information people with celiac disease have been waiting for.

Up until now, they couldn’t be certain that a beer that claimed to be gluten-free really was. Under FDA regulations, there’s a standard for it.

Gluten-free beer makes up less than 0.1% of the beer market, says Paul Gatza of the Brewers Association in Boulder, Colo. The biggest players in the gluten-free beer market are Anheuser-Busch’s Red Bridge, Klisch’s Lakefront in Milwaukee, Wisconsin and Bard’s Tail from Norwalk, Conn., he says.

Celiacs have been buying these gluten-free beers for years, says Elaine Monarch, executive director of the Celiac Disease Foundation in Studio City, Calif. But accurate labels will be nice and the new FDA regulations may make it easier for European gluten-free beverages to enter the market, she says.

The standard they adopted is the 20 ppm one, the more rigid of the two used in Europe.