Today is the birthday of Santiago Graf (October 16, 1845-August 31, 1904). He was born in Zurich, Switzerland, but emigrated to Mexico in the 1870s. He founded Mexico’s first modern lager brewery, Compania Cervecera Toluca y Mexico, which is “the state capital of the State of Mexico as well as the seat of the Municipality of Toluca.” He also pioneered the ‘Graf’ style of Vienna lager, one of the two styles of Vienna lager today and still popular in Mexico and the southwest United States.” Victoria is a 4% abv Vienna lager first brewed in 1865. His brewery continued on after his death, and was acquired by Grupo Modelo in 1935.

This is his entry from Wikipedia:

In 1875 Graf purchased the original Compania Cervecera Toluca y Mexico, a small producer of cerveza sencilla, a form of light ale, from fellow Swiss Ausgustin Marendazand and began brewing a popular amber ale which is often cited as the first commercially successful beer brewed in the southwest. The problems with temperature control during wort production and fermentation in Mexico’s hot climate forced him to continue brewing ale until the opening of an international railroad link with the United States enabled him to import the first large ice producing absorption machines from Germany in 1882. With better equipment and the ability to cool wort and fermenter’s properly, Graf was the first to successfully brew lager in Mexico. In 1890, Graf formed a stock company and erected the first large, modern lager brewery in Mexico.

Graf brewed various types of light colored ambers but seemed uninterested in pale beers like the popular Pilsener style. Disappointed with the quality of malt and hops available locally, he imported all his hops from Europe and most of his malt from the United States. In addition, he set up his own malting facilities in Mexico, using barley imported from the United States. Graf was able to increase the acidity of his mash by increasing the percentage of dark malts in his recipes thereby counteracting the high alkalinity of brewing water available in Mexico, with the alkalinity simultaneously mellowing the acidic flavors of the dark malts in the final product. The result was a popular, mellow, darker style of Vienna lager. The popularity of the Toluca y Mexico beers was such that Graf frequently had difficulty filling orders and was forced to seek outside investors to rapidly increase production.

Graf died on August 31, 1904 from endocarditis vegetations as a complication of an ongoing infection and is buried in Toluca, Mexico

This short biography is from the American Brewers Review:

And this account of Graf’s beer was published in an earlier version of “100 Years of Brewing,” from 1901:

And finally, here is a video about the history of the brewery.

Today in 1978, US Patent 4068005 A was issued, an invention assigned to Miller Brewing Company, for the “Accelerated Fermentation of Lager Beer.” Here’s the Abstract: 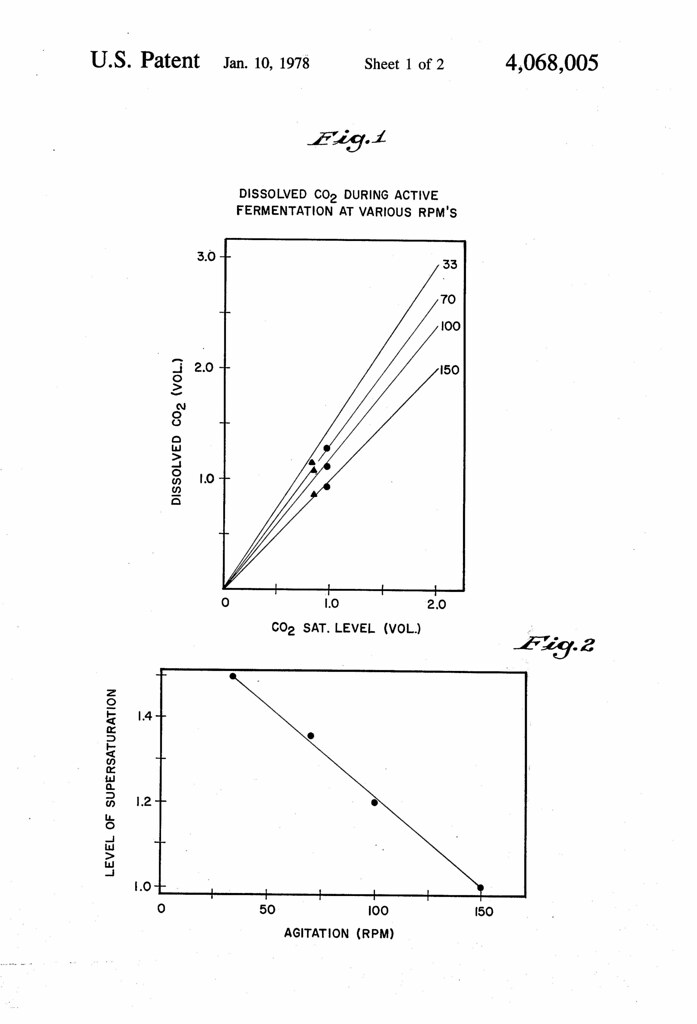 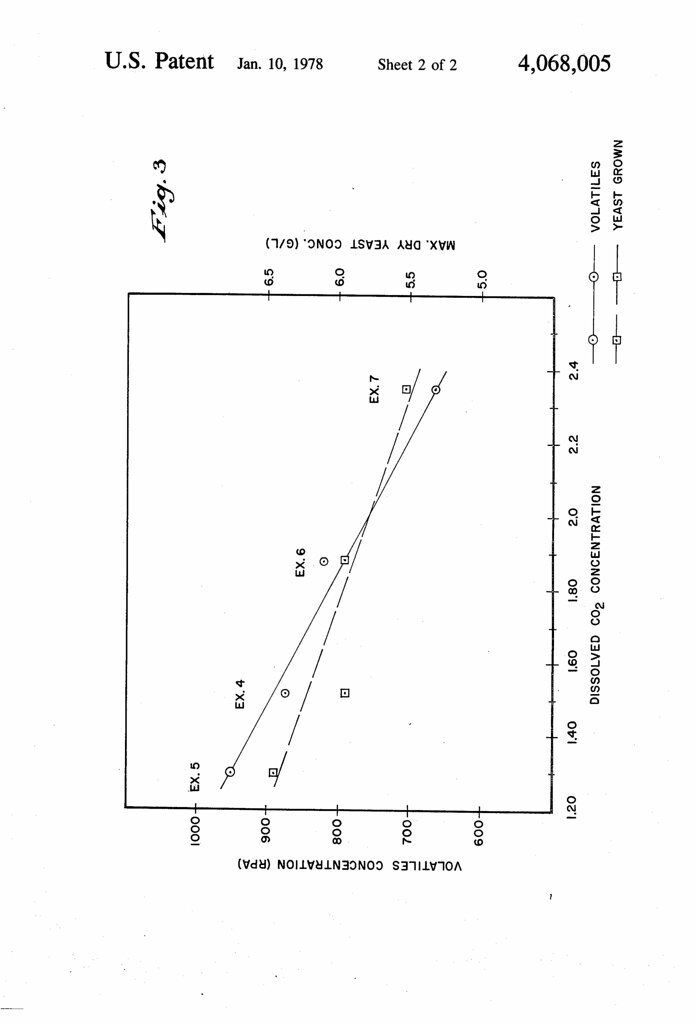 Today’s infographic is from the Katz blog, and is entitled All Bottled Up! Lager, showing an overview of lager factoids and about beer in general.