For our 119th Session, our host will be Alec Latham, who writes Mostly About Beer …. For his topic, he’s chosen Discomfort Beer, by which he means a beer which initially tasted funny, or odd, or off, or something, but which later became a favorite. Or maybe it didn’t. I’m not sure if I’m explaining that very well, so I’ll just let Alec take over and describe what he means:

What was your first ever taste of beer like? For me, it was like chilled copper coins mixed with tonic water and was disgusting. This is a process us committed beer drinkers can revisit every time we try something new.

A few years ago, I visited a pub in Pimlico called the Cask and Kitchen. There was a beer called Wild Raven by Thornbridge Brewery. Making assumptions based on the title, I ordered a pint as I love stout. I remember opening the sluices and then seizing up. Something wasn’t right. It had the chocolatey flavour of a stout but there was an intruder – lemon rind hissed in my nostrils and tainted my palate. Citrus grappled with the roast malt. Was it supposed to taste like this? Was it infection? Detergent? I spent some time staring at the floor in a suspended double-take.

That was my first ever Black IPA and at the time I wasn’t sure. Initially, I didn’t like it but whilst deciding whether or not to return it to the bar I kept giving it the benefit of the doubt. The dislike diminished. The acceptance grew. The pint gradually drained.

Black IPA is now one of my favourite styles but it could have gone the other way.

And does a Black IPA still get me blinking at the floor in a state of disquiet? No. Neither does the astringent character of Brett nor the dry bite of Lambic. All styles have been comprehensively “locked in”. Ultimately, familiarity devours discomfort.

For Session 119 I’d like you to write about which/what kind of beers took you out of your comfort zones. Beers you weren’t sure whether you didn’t like, or whether you just needed to adjust to. Also, this can’t include beers that were compromised, defective, flat, off etc because this is about deliberate styles. It would be interesting to see if these experiences are similar in different countries.

I think this could be a good archive for people researching fads, the origins of styles and the dearths of others – but especially how new ones were initially perceived.

Over the past year I’ve had a black barley wine, a braggot, a rye wine, a seaweed and cloudberry Gose, a beer made with Saki yeast and several made with Champagne yeast. I’ve sipped stout with Tonka beans, drank mulled lager and many tea beers – some with the tea complementing the hops – others completely replacing them. This has also been a year where 9 ABV hop-forward beers have become standard (from the UK perspective).

Some of the above I loved, others I liked and some I hated. What remains to be seen is which will catch on and which are just brief social media cameos. 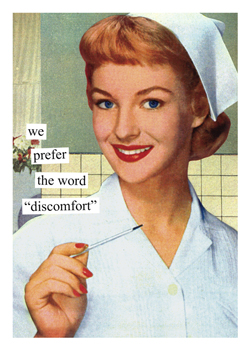 So start thinking about that new beer or new take on a familiar beer that made you wonder. Did you come around to it? Or did it stay as questionable as the first sip and never seemed like a good idea in the end? Did you react the same as others or is just something that you never came around on?

To participate in January’s Session, on or before January 6, 2017, post your comforting thoughts about discomfort beer and leave your URL to the link at the original announcement. Now that won’t cause any discomfort, will it? The only way you can be wrong, is to not participate. 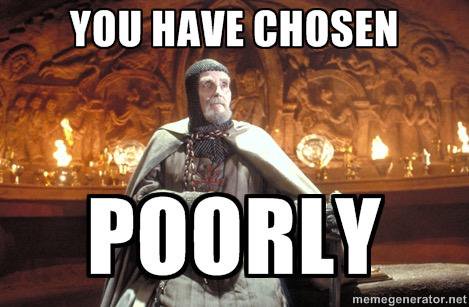