You are here: Home / Beers / The Dangers Of Full Beer Bottles Vs. Empties

I’ve been slowing reading through the December issue of Mental Floss, one of my favorite magazines, and their lis of the “500 Most Important People in History.” At No. 77 is Swiss scientist Stephan Bolliger. Specifically he’s a forensic pathologist at the University of Bern, “and he often appears in court to testify as an expert witness.” But what caught my attention is a question that he couldn’t answer, but then preceded to examine scientifically. The question? What will do more damage in a bar fight, a full bottle of beer, or an empty one? And by damage, they specifically looked at which could break your skull.

So he picked up bottles of his favorite beer, Feldschlösschen Original, and got to work. 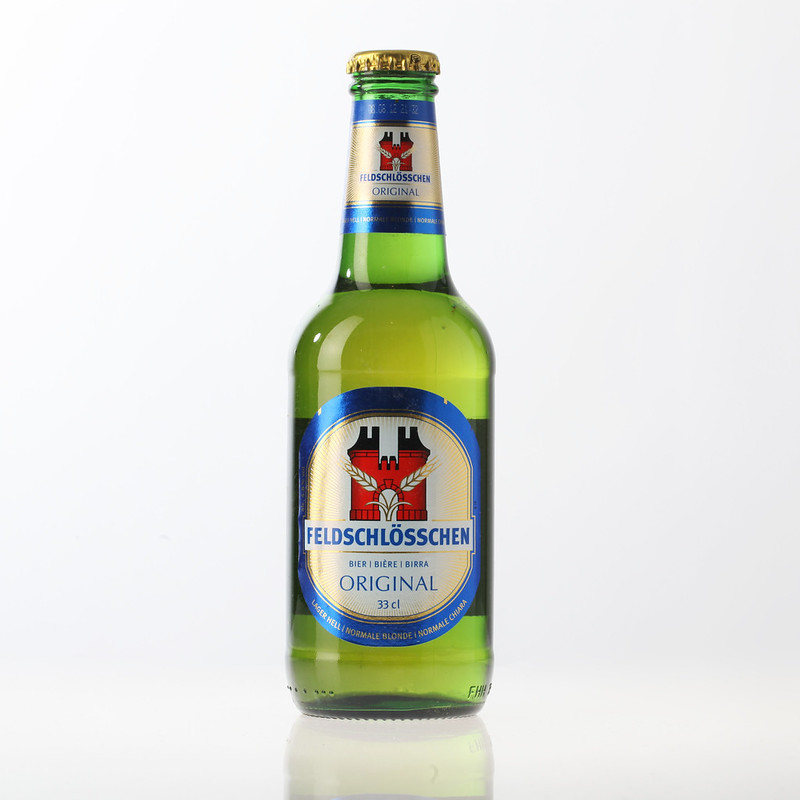 You have to give him, and his team, points for taking a seemingly silly question very seriously. The results were published in the Journal of Forensic and Legal Medicine in 2009. The article was entitled Are full or empty beer bottles sturdier and does their fracture-threshold suffice to break the human skull?, and here’s the abstract:

Beer bottles are often used in physical disputes. If the bottles break, they may give rise to sharp trauma. However, if the bottles remain intact, they may cause blunt injuries. In order to investigate whether full or empty standard half-litre beer bottles are sturdier and if the necessary breaking energy surpasses the minimum fracture-threshold of the human skull, we tested the fracture properties of such beer bottles in a drop-tower. Full bottles broke at 30 J impact energy, empty bottles at 40 J. These breaking energies surpass the minimum fracture-threshold of the human neurocranium. Beer bottles may therefore fracture the human skull and therefore serve as dangerous instruments in a physical dispute.

I love that “duh” conclusion. Beer bottles may be “dangerous instruments in a physical dispute.”

But you can read or download the whole enchilada at Research Gate. Here’s some highlights:

The examination of living or deceased victims of bar fights is not uncommon in routine forensic practice. These fights are commonly carried out with fists, feet, furniture, and drinking vessels. Depending on the state of the drinking vessels, namely intact or broken, different trauma forms are to be expected. According to a British group, 1 readily available one pint beer glasses such as straight-sided glasses, referred to as nonik, and tankards display a mean impact resistance of up to 1.7 Joule (J). The glass shards of shattered beer glasses may give rise to stab and cut wounds, which may sever blood vessels or other vital structures of the body. Indeed, glasses with lower impact resistance cause more injuries, 2 for which reason toughened glassware has been advocated. On the other hand, if the drinking vessels remain intact, they may serve as clubs. In Switzerland and various other countries, refillable (and therefore sturdy) beer bottles are commonly encountered in pubs and at festivals. In Switzerland, the half-litre, refillable beer bottle is, according to the authors’ own experience, a commonly utilized instrument in physical disputes. The authors have been asked at court whether hitting a human on the head with such intact bottles suffices to break a skull and whether full or empty bottles are more likely to cause such injuries. Obviously, this depends on the breaking properties of the bottle. If the bottle (full or empty) breaks at a minimal energy, no skull fracture is to be expected. On the other hand, should the stability of the bottle surpass that of the head, severe, even life-threatening injuries may be inflicted. We therefore tested the breaking energy of such beer bottles in a drop-tower as described below in order to estimate at which energies the bottles break and if this amount of energy exceeds the energy necessary to inflict serious injuries to a victim. 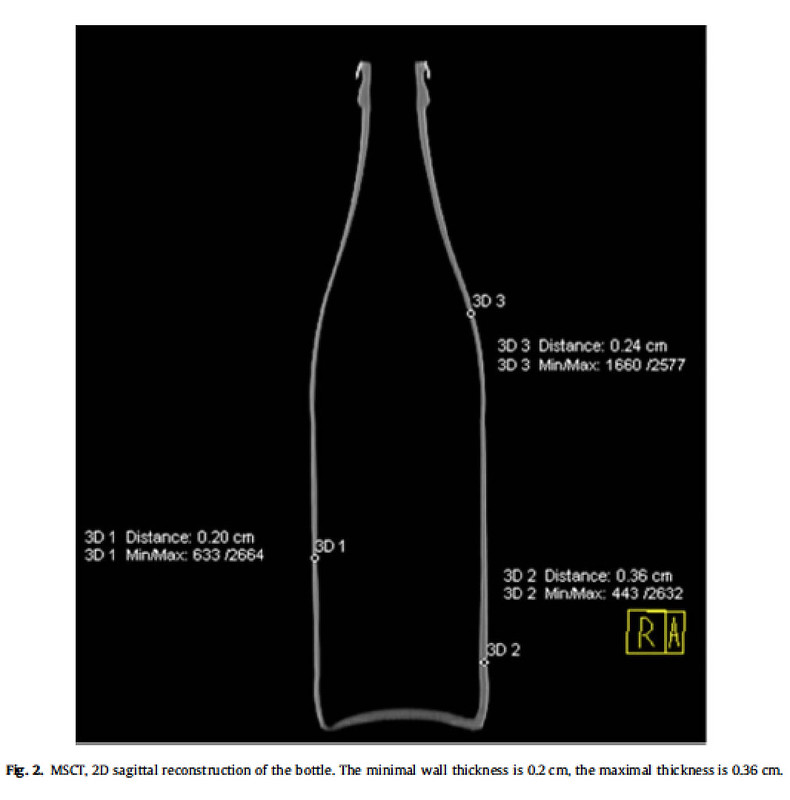 Ten (six empty and four full) standard 0.5 l beer bottles (Feldschlösschen Brewery, Rheinfelden, Switzerland, Fig. 1) were examined. The full bottles weighed 898 g, the empty ones 391 g. With multislice computed tomography (Somatom Emotion 6, Siemens Medical Solutions, D-91301 Forchheim, Germany) the wall thickness was measured. The minimal thickness was 0.2 cm and maximal thickness 0.36 cm (Fig. 2). To one side of the beer bottles, a 7.5  1.2  5 cm pinewood board was fixed using a thin layer of modeling clay (Fig. 3a). The wood board served to distribute the very small impact point of the steel ball to a more realistic situation concerning the impact area of a beer bottle against a cranium. The modeling clay not only served as a fixing material, but also as a substitute for the soft tissues of the scalp. The bottles were then fixed horizontally to the bottom of a baby-bath tub with a thin layer of modeling clay (Fig. 3b). A 1 kg heavy steel ball was dropped from different heights (minimum 2 m, maximum 4 m) onto the beer bottles in a droptower specifically designed for the testing of materials (Figs. 4 and 5). Depending on the region of the beer bottle, the wall thickness, curvature, and therefore the expected stability vary. As our aim was to assess the minimum breaking threshold, we let the ball strike the weakest part of the bottle, namely the bottom third of the shaft. 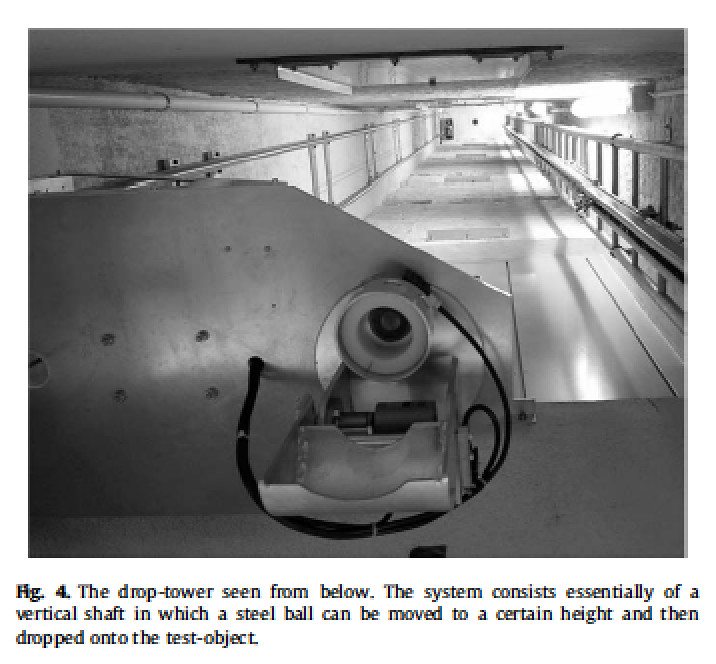 In this discussion, they came up with the following equation to describe the energy in the real life situation.

If one considers the masses of the bottles, namely full bottles weighing 898 g and empty ones 391 g, a full bottle will strike a target with almost 70% more energy than an empty bottle. In other words, it takes less muscle work to achieve a greater striking energy when fighting with a full bottle, even though lifting the bottle requires slightly more energy.

And here’s the full conclusion:

Empty beer bottles are sturdier than full ones. However, both full and empty bottles are theoretically capable of fracturing the human neurocranium. We therefore conclude that half-litre beer bottles may indeed present formidable weapons in a physical dispute. Prohibition of these bottles is therefore justified in situations
which involve risk of human conflicts.

However, further studies involving different bottle types and an examination regarding the extent of brain damage is needed to assess the overall danger originating from bottle-related head trauma. 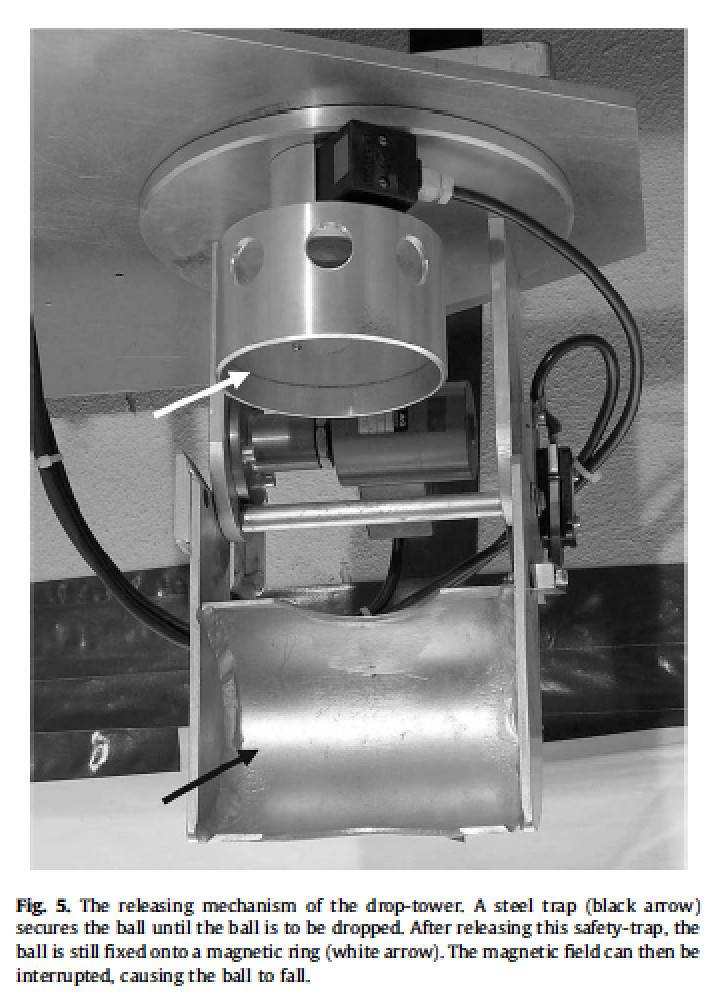 The New York Times, in reporting Bollinger’s findings, has a more succinct description

Bolliger’s conclusion: Full bottles shatter at 30 joules, empties at 40, meaning both are capable of cracking open your skull. But empties are a third sturdier.

Why the difference? The beer inside a bottle is carbonated, which means it exerts pressure on the glass, making it more likely to shatter when hitting something. Its propensity to shatter makes it less sturdy — and thus a poorer weapon — than an empty one. As for the ubiquitous half-full bottle, if you hold it like a club, Bolliger says, “it tends to become an empty bottle very rapidly.” 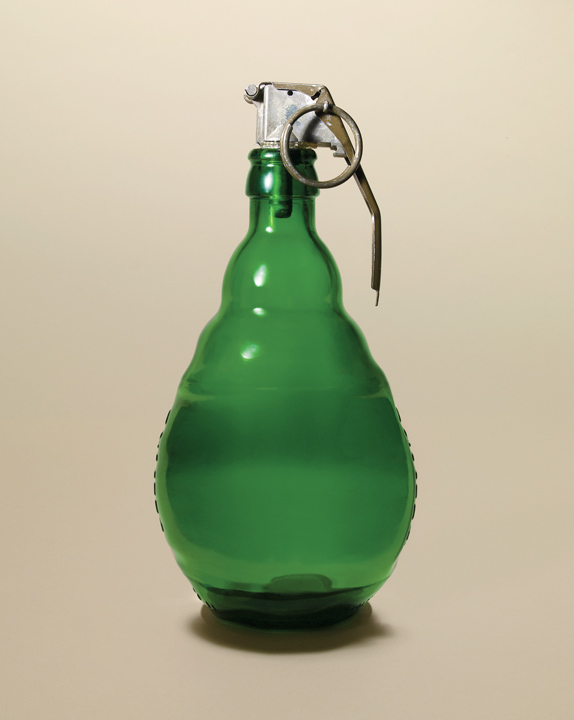